What A Girl Wants
Rock Stars in Disguise: Rhiannon

99c for THIS WEEK ONLY!
Price Goes to $2.99 This Week!
Click Now for the Best Price!
Amazon US
Amazon UK
All Other Amazon Sites
Google Play Books
Kobo
iBooks/iTunes
Barnes & Noble

Music is a bitch mistress.
When Rhiannon is hired as a back-up singer for Killer Valentine, the hottest breakout rock band on the planet, her contract includes an iron-clad no-fraternization clause. However, it doesn’t take her long to figure out that Killer Valentine is falling apart from the stresses of touring and promotion. The band’s manager Jonas Rees, a green-eyed starmaker, is frantically trying to prevent them from self-destructing during their grueling tour and right before their first major-label record deal, but neither Jonas nor Rhiannon can deny the attraction that flares between them.
When the band’s problems threaten to derail the tour and Jonas slips and reveals their relationship, the lead singer demands that Rhiannon choose between music and love.

(*)(*)What A Girl Wants is the first novel in a series of stand alone novels about Killer Valentine. Rock Stars in Disguise: Tryp will be published in December, 2014. 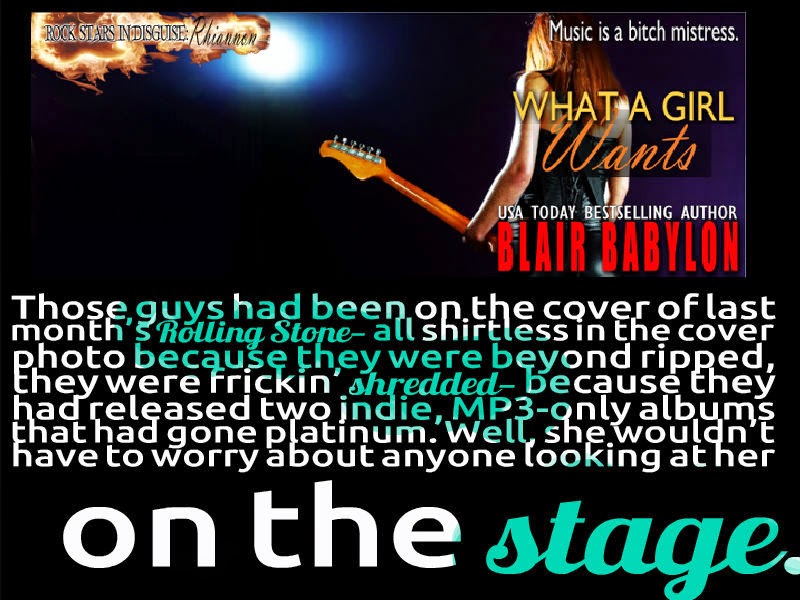 He vows to put what she needs above what he wants. But what if she needs the truth?


Evangeline Andrews is home. Well, near enough. She has a great job, nice apartment and a good life in New York. And, even though she carries a crumpled piece of paper with her mother’s New Jersey address on the back, she has an endless list of excuses not to visit. But unknown to Eva, the past is about to visit her. And it’s not accepting excuses.


Julian Harte is content with his decision to let Eva go. He has Whiskey and sex. They solved his problems before, they can again. But when he discovers the man who almost destroyed Eva is about to walk back into her life, letting her go isn’t possible anymore.


But Julian’s own demons face him when he leaves Dublin. Helping Eva will expose the secrets behind his games. And the truth could leave her hating him forever.


Round Two. Game on. This time there are no rules.

Brooke is from Dublin, and even though she bitches about the weather, she’s proud to have shamrocks in her blood. Anyway, what would she do if she couldn't blame the rain for a bad hair day? She has too much of lots of things, kids, wine, books and shoes…luckily she loves them all to pieces.


Rules of Harte is her debut novel and it’s a little* on the filthy side.*disgracefully


Come says hi to Brooke on Facebook  she'd love to hear from you.