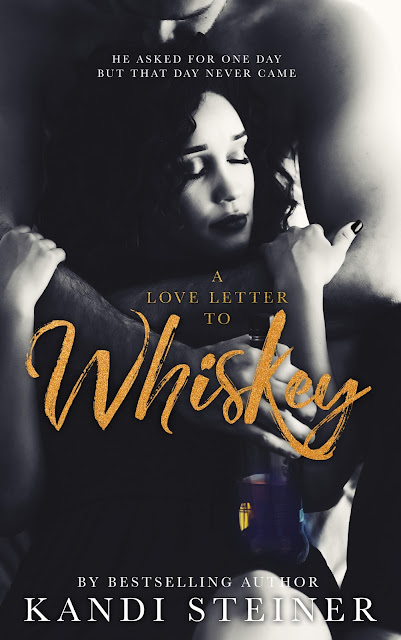 It’s crazy how fast the buzz comes back after you’ve been sober for so long.

Whiskey stood there, on my doorstep, just like he had one year before. Except this time, there was no rain, no anger, no wedding invitation — it was just us.

It was just him — the old friend, the easy smile, the twisted solace wrapped in a glittering bottle.

It was just me — the alcoholic, pretending like I didn’t want to taste him, realizing too quickly that months of being clean didn’t make me crave him any less.

But we can’t start here.

No, to tell this story right, we need to go back.

Back to the beginning.

Back to the very first drop.


This is my love letter to Whiskey. I only hope he reads it. 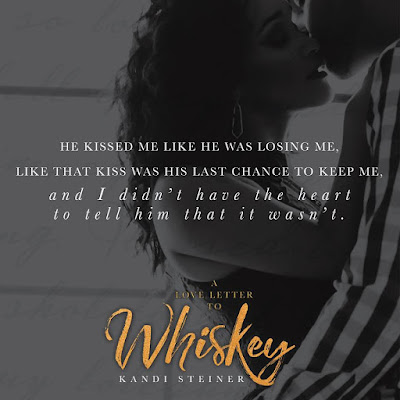 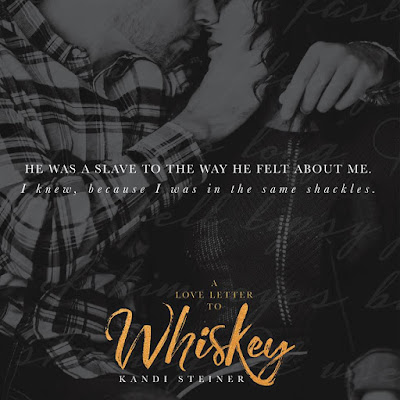 The first time I tasted Whiskey, I fell flat on my face.

I was drunk from the very first sip, and I guess that should have been my sign to stay away.

Jenna and I were running the trail around the lake near her house, sweat dripping into our eyes from the intense South Florida heat. It was early September, but in South Florida, it might as well have been July. There was no “boots and scarves” season, unless you counted the approximately six weeks in January and February where the temperature dropped below eighty degrees.

As it was, we were battling ninety-plus degrees, me trying to be a show off and prove I could keep up with Jenna’s cheerleading training program. She had finally made the varsity squad, and with that privilege came ridiculous standards she had to uphold. I hated running — absolutely loathed it. I would much rather have been on my surf board that day. But fortunately for Jenna, she had a competitive best friend who never turned down a challenge. So when she asked me to train with her, I’d agreed eagerly, even knowing I’d have screaming ribs and calves by the end of the day.

I saw him first.

I was just a few steps ahead of Jenna, and I’d been staring down at my hot pink sneakers as they hit the concrete. When I looked up, he was about fifty feet away, and even from that distance I could tell I was in trouble. He seemed sort of average at first — brown hair, lean build, soaked white running shirt — but the closer he got, the more I realized just how edible he was. I noticed the shift in the muscles of his legs as he ran, the way his hair bounced slightly, how he pressed his lips together in concentration as he neared us.

I looked over my shoulder, attempting to waggle my eyebrows at Jenna and give her the secret best friend code for “hot guy up ahead”, but she had stopped to tie her shoes. And when I turned back around, it was too late.

I smacked into him — hard — and fell to the pavement, rolling a bit to soften the fall. He cursed and I groaned, more from embarrassment than pain. I wish I could say I gracefully picked myself up, smiled radiantly, and asked him for his number, but the truth is I lost the ability to do anything the minute I looked up at him.

It was an unfamiliar, warm ache that spread through my chest as I used my hand to shield the sun streaming in behind his silhouette, just how you’d expect the first sip of whiskey to feel. He was bent over, hand outstretched, saying something that wasn’t registering because I had somehow managed to slip my hand into his and just that one touch had set my skin on fire.

Handsome wasn’t the right word to describe him, but it was all I kept thinking as I traced his features. His hair was a sort of mocha color, damp at the roots, falling onto his forehead just slightly. His eyes were wide — almost too round — and a mixture of gold, green, and the deepest brown. I didn’t coin the nickname Whiskey until much later, but it was that moment that I saw it for the first time — those were whiskey eyes. The kind of eyes you get lost in. The kind that drink you in. He had the longest lashes and a firm, square jaw. It was so hard, the edges so clean that I would have sworn he was angry with me if it weren’t for the smile on his face.He was still talking as my eyes fell over his broad chest before snapping back up to his sideways grin.

“Oh my God, are you fucking blind?!” Jenna’s voice snapped me from my haze as she shoved Whiskey out of the way and latched onto my hand, ripping me back to standing position. I’d barely caught my balance before she whipped around to continue her scolding. “How about you brush that long ass hair out of your eyes and watch where you’re going, huh champ?”

I didn’t even have time to call dibs, I couldn’t even think the word, let alone say it, before it was too late. I watched it, in slow motion, as Whiskey fell for my best friend before I even had the chance to say a single word to him.

Jenna was standing tall, arms crossed, one hip popped in her usual fashion as she waited for him to defend himself. This was her protocol — it was one of the reasons we got along. We were both what you’d call “spitfires”, but Jenna had the distinct advantage of being cripplingly gorgeous on top of having an attitude. She flipped her long, wavy blonde ponytail behind her and cocked a brow.

And then he did, too.

His smile grew wider as he met her eyes, and it was the same look I’d watched fall over guy after countless guy. Jenna was a unicorn, and men were enamored by her. As they should have been — she had platinum blonde hair, crystal blue eyes, legs for days and a personality to boot. Now, before you go thinking that I was the insecure best friend - I had it going on, too. I worked hard, I was talented - just not at the things traditional high school boys valued.

But we’ll get to that.

“Hi,” Whiskey finally said, extending his hand to Jenna this time. His eyes were warm, smile inviting — if I had to pick the right word for him, just one, I’d say charming. He just oozed charm. “I’m Jamie.”

“Well, Jamie, maybe you should make an appointment with the eye doctor before you run over another innocent jogger. And you owe Brecks an apology.” She nodded to me then and I cringed at my name, wondering why she felt the need to spill it at all. She always called me B — everyone did — so why did she choose the moment I was face to face with the first boy to ever make my heart accelerate to use my full name?

Jamie was still grinning, eying Jenna, trying to figure her out, but he turned to me after a moment with that same crooked smile. “I’m sorry, I should have been watching where I was going.” He said the words with conviction, but lifted his brows on that last line because he and I both knew who wasn’t paying attention to the trail, and he wasn’t the guilty party.

“It’s fine,” I murmured, because for some reason I was still having a difficult time finding my voice. Jamie tilted his head just a fraction, his eyes hard on me this time, and I felt naked beneath his gaze. I’d never had anyone look at me that way — completely zeroed in. It was unnerving and exhilarating, too.

But before I could latch onto the feeling, he turned back to Jenna, their eyes meeting as slow smiles spread on both of their faces. I’d seen it a million times, but this was the first time I felt sick watching it happen.

I saw him first, but it didn’t matter.

Because he saw her.

“Words don’t get written from a heart that’s never felt. They come from pain, from love, from unspeakable depths – and they were my only release.”

This quote pretty much sums up the rollercoaster ride you (the reader) will be on while you lose yourself in these smooth words from Kandi Steiner. A Love Letter to Whiskey is so very different from any other Kandi Steiner books I’ve read. From the first page I knew I was going to be pulled into a world where I was going to fall in love, what I didn’t know was how untraditionally hard it would be to get there. I was on a journey in two people’s lives as they make their way through choices that at times have horrible consequences and other times where the outcome hits you full force with emotions.
Jamie and B’s first meeting was a collision course (literally) of stumbling heartbeats. The next thing you know B is thrust into the “friend zone” and being “third wheeled” while she simultaneously tries to deal with a home life that would make any young adult question love.  From this time on through adulthood the instant connection that is kept buried between the both of them slowly rises and settles causing the people around them to get hurt in the process. You come to find the addiction starts off at a simmer for the first few years but when Jamie and B have their first slip, all bets are off.

Push and Pull. Stop and Go. Hurting and Bliss. Tears and Laughter.

What happens when the one thing you truly want ends up hurting you?

I fell hard for this book. It felt as if I was growing up right beside B and Jamie feeling their hurt or excitement. Kandi Steiner successfully squeezed my heart and made my lungs need more air. I lived for their kisses as I sat cuddled in my reading chair desperate for these two to come together yet wanting to strangle some sense into them when they made wrong choices. What I love most about A Love Letter to Whiskey is that it’s raw and real and unapologetically, perfectly, 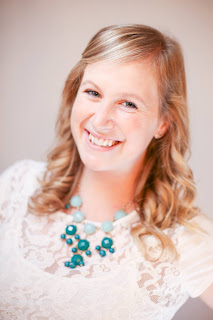 Kandi Steiner is a Creative Writing and Advertising/Public Relations graduate from the University of Central Florida living in Tampa with her husband. Kandi works full time as a social media specialist, but also works part time as a Zumba fitness instructor and blackjack dealer.

Kandi started writing back in the 4th grade after reading the first Harry Potter installment. In 6th grade, she wrote and edited her own newspaper and distributed to her classmates. Eventually, the principal caught on and the newspaper was quickly halted, though Kandi tried fighting for her “freedom of press.” She took particular interest in writing romance after college, as she has always been a die hard hopeless romantic (like most girls brought up on Disney movies).

When Kandi isn’t working or writing, you can find her reading books of all kinds, talking with her extremely vocal cat, and spending time with her friends and family. She enjoys beach days, movie marathons, live music, craft beer and sweet wine – not necessarily in that order. 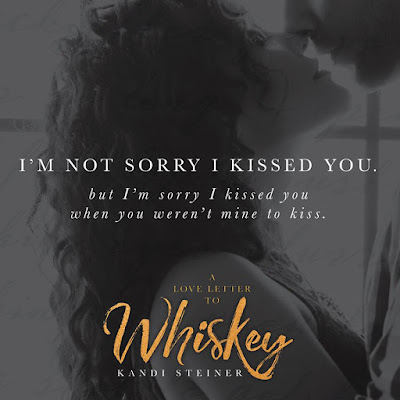