There's no danger greater than falling for your enemy…

Book Cover Blurb
The Nephilim are bound. Their powers cursed. But half-angel Kasdeja will do anything to free them from Heaven's tyranny. When Kas is approached by a striking, mysterious woman, she tells him his greatest enemies hold the key to his freedom.
Mariel keeps herself shrouded in secrets, using them to hide her true self. For she is not just employed by the Renegades--enemy fallen angels—she is a double agent, working on the sly for Heaven. Her directive is to seduce the gorgeous Nephilim—despite her insecurity about such sensual acts.
For Mariel is playing a dangerous game, and falling for Kas could only cause trouble; her assignment isn't just seduction. It's destruction.
----------------

He traced his fingers under her tank top and made small circles against her back. A soft sound escaped her lips, then she relaxed. “Mariel.” He barely recognized his lust-blown voice. She answered by renewing their passionate kiss, full and open and bone melting. She kissed him thoroughly, drawing the oxygen from his lungs as she twisted her fingers into his long hair. Kas lowered her on the comforter with care, never breaking their kiss. He eased back, and with his gaze on hers, he pulled his shirt over his head and dropped it. Mariel’s gaze made several passes over his body. What did she feel for him? Admiration? Uncertainty? He’d never hurt her. No one would ever hurt her again, not if they expected to live. Then Mariel’s gaze fell away. “You are...beautiful.” Her shoulders drooped, and she pulled back. “You don’t believe you are.” She didn’t reply, except for the stubborn jut of her chin. Kas smoothed his thumb over her cheek then gently raised her head. She wouldn’t look at him. He wouldn’t allow her to withdraw from him, from them. He touched her shirt at the waist, and her hands clamped over his, her eyes wet. Her fearful expression tore him apart. “Trust me as I trust you,” he said gently. Kas waited until her grip loosened, and her hands fell to the side. He infused a smile with warmth and then eased the material up in torturous increments. Time she could use to stop him. Her flat stomach and tight abs were revealed. He smothered his reaction, afraid Mariel would mistake a groan for disapproval. Smooth, golden skin fed his hunger an appetizer. “You have control,” he told her. “If you tell me to stop, I’ll stop.” Mariel peeked through her lashes and nodded. He lifted the shirt higher, stared at her breasts, and bit back another sound. God of All, they made him salivate, but he tapped more of his self-control. Finally, the shirt was over her head and joined his on the floor. Mariel’s arms stayed locked at her sides like a soldier at attention. Kas moved around her and climbed onto the bed next to her. “Lie on your side, facing me.” “I do not know,” she said, whisper light. Again his chest felt as if it had crushed inward. No woman should be made to believe she was ugly. None should feel shame about her body. He wanted to beat bloody any man who’d ever looked at her wrong. Mariel expelled a long breath as if she’d resolved herself to do what he’d asked. She stretched out alongside him, chest to chest, her right arm pillowing her head. He leaned over and planted a soft kiss on her cheek and lips. “Touch me.”

Tricia Skinner is an author of passionate dark fantasy. She is a features writer for Fresh Fiction and a project manager for Short Fuse. She began her writing career as a business reporter and wrote for The Detroit News, Investor’s Business Daily, MSN, and The Houston Chronicle. Raised in Detroit, Tricia graduated with a BA degree from the nationally acclaimed Journalism Institute for Media Diversity at Wayne State University. She earned a Masters of Liberal Studies – Creative Writing degree from Southern Methodist University and will obtain a Masters of Fine Arts in Writing Popular Fiction from Seton Hill University in 2017. Diversity in genre fiction is dear to Tricia’s heart. She is represented by Laurie McLean, co-founder of Fuse Literary Agency. When not writing, Tricia can be found reading, lifting weights, or geeking out over games, movies, and music. She has a Tom Hiddleston obsession, and she is Team Vader. Her family includes three Great Danes (so far).). Author Newsletter | Facebook | Twitter | Pinterest http://www.triciaskinner.com
Posted by All Is Read at 6:00 PM No comments:

Blurb
That's all I did. A few too many glasses of wine with my best friend and the bitch convinced me to go on one of those dating websites.

And you know what? It.was.amazing.

I spent all night in a sexy stranger's arms, hot and sweaty, until it was time to sneak out and do the walk of shame back to my apartment.

I never thought I'd see sexy stranger again, and I was totally fine with that - until my mother's wedding.

She's getting remarried, see. And sexy stranger just happens to be my new stepbrother.

All the wine in the world isn't going to make this better.

Covers to All Four Parts of this Series!

Release Dates for Part 2-4 will be released soon!
About the Author:

Follow Scarlett on Goodreads
Posted by All Is Read at 11:30 AM No comments: 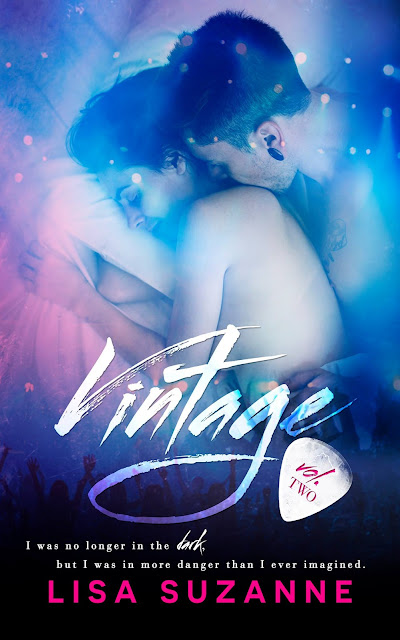 Murdering a global icon was off limits, but his family was fair game.

The threats against me, the daughter of rock star Gideon Price, forced me closer to the man protecting me. I’d lost track of the number of secrets the men in my life had kept from me. But when the threat against my family turned to murder, it was time for me to learn the truth.

I was reminded once again just how short life could be, compelling me to take control of my future.
I was no longer in the dark, but I was in more danger than I ever imagined. 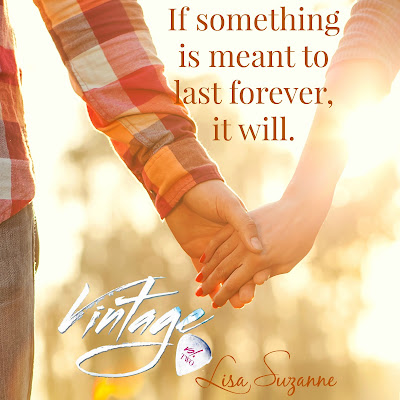 Links to Buy
AMAZON US / UK 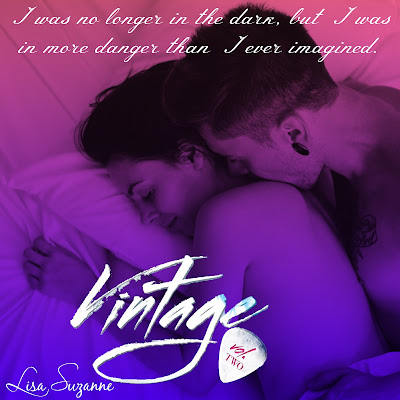 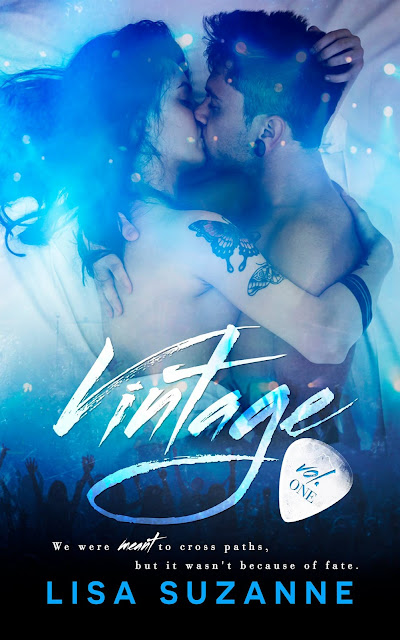 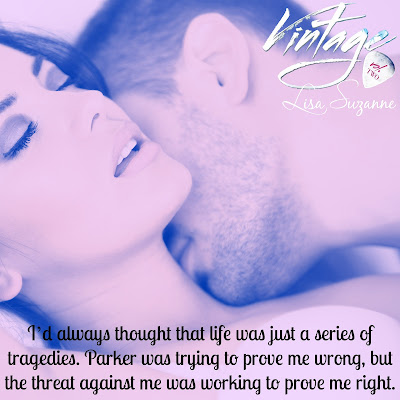 
Lisa Suzanne started handwriting her books on yellow legal pads after she took a creative writing class in high school. She still has those legal pads full of stories, but now one of them is published under the title How He Really Feels. She currently works as a full time high school English teacher, and her favorite part of the year is summer. She has been blessed with the world’s best dog, a supportive family, and a husband who encouraged her to publish after reading one of her novels. She likes the advice of Ernest Hemingway’s famous quote, “Write drunk. Edit sober.”
Author Links
WEBSITE
FACEBOOK
TWITTER
GOODREADS 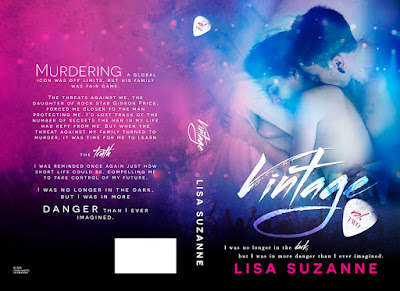 Giveaway
a Rafflecopter giveaway
Posted by All Is Read at 10:00 AM No comments:

“Quint and Annie sitting in a tree…K.I.S.S.I.N.G.” Quint Lawson and Annie Weber heard that childhood song over and over and it never bothered them. Even though Quint was only five, Annie wasn’t just his neighbor. She would become his best friend and the love of his life. Annie wasn’t interested in dolls, or girly things when growing up. A tomboy at heart, having a boy as a best friend suited her just fine. That same boy captured her heart. Quint had two passions, his girl and baseball. From kindergarten to college, Quint tore up every baseball diamond he played on. His position was shortstop. His talent was undeniable. Professional ball was most definitely in his future, and he was ready for it. Annie would be right by his side. When everything in life is perfect, it’s hard to imagine heartbreak in any form. Quint wasn’t immune to its power. This shortstop had no idea what any form of heartbreak could do to his perfect world. When it hit, there were many casualties left in its wake…the most important one was Annie. Can a person be prepared for, understand, or even endure a misfortune if they’ve never experienced one before? In Quint Lawson’s case the answer is no.

Amazon Best Selling Author ~ A.M. Madden's debut novel is Back-up, the first in The Back-Up Series. The series includes Back-Up, Front & Center, Encore, Backstage, and The Devil's Lair Novella.
A.M. Madden is a wife, a mother, an avid reader of romance novels and now an author. In Back-up she aspired to create a fun, sexy, realistic romantic story. She wanted to create characters that the reader could relate to and feel as if they knew personally. A self-proclaimed hopeless romantic, she loves getting lost in a good book. She also uses every free moment of her time writing, while raising teenage boys.