We are so excited to share the cover of THIRD BASE by Heidi McLaughlin releasing on November 4th! Add it to your TBR below. Heidi is having a giveaway on her Facebook page for a chance to win a Kindle Fire - stop by her page to comment and enter! Good luck!

“Someone’s dogging ya,” Kidd says as he nods behind me. I can hear my name being called, but I don’t want to look because he’s likely up to something. The fact that my name is being called means nothing, since the kids are always trying to get us to sign things, give them a bat during the game or even look at them. It was a thrill when it happened to me so I know what it’s like to get attention from your favorite player, let alone any player. “Just a fan, I’m assuming,” I say, shrugging him off and focusing on Mackenzie’s at bat. He shakes his head and starts laughing. “A super fan,” he says, nodding behind me again. “You might want to turn around.” “You might want to pay attention to the game. Mackenzie could hit a foul ball and smack you in the tallywacker.” “Jesus Davenport, just turn the hell around.” I roll my eyes and finally give in, but only halfheartedly. I look over my left shoulder and see no one calling me and over my right to find the same thing. “Don’t know what you’re talking about.” Kidd swings the bat a few times before he stops because Mackenzie has a hit and is now on first base. “Turn all the way around, Davenport. Stop being a bitch.” I do as he says and I’m met with a pair of green eyes that I have burnt into my memory. She’s sitting behind our dugout in the center seat. She stands and points to her shirt. The front of it says, “I’m sorry”. I can’t help the stupid ass grin that is plastered all over my face. I lean forward, resting my hands on the edge of the dugout. “Are you busy after the game?” “No,” Daisy says with a smile. “You are now,” I say, not caring that I’m probably jumping the gun and assuming she wants to see me. It’s not a guess; I know she does. “Stay right there and I’ll come get you when the game is over.” Before I know it, we’re on the Jumbo Tron with hearts all around our picture. She covers her face and I turn back to the game, only to turn around and wave my hat at the section she’s in. They roar with cheers and start chanting my name. We win, nine to one. I had a few more base hits and some RBI’s to add to our run count. Every Renegade player had at least one base hit. It’s odd when that happens, but we take it and run with it when it does. As soon as I enter the clubhouse the reporters are there. They call my name and instead of going to them, they come over to me and shove their microphones into my face as soon as I sit down. “Ethan, you made a pretty big display of affection today during the game. Do you care to tell us about your girlfriend?” “Yeah, sure,” I say, running my hand through my hair. “I’ve been in love with her for as long as I can remember. She means everything to me.” Suddenly their microphones are even more in my face. “What’s her name?” “Baseball!” I wish I had a camera at this exact moment so I can capture their expressions as they all deadpan at my answer. They’re stupid if they think I’m going to say anything about Daisy. We have a long road ahead of us and the last thing we need is the media hounding us. I do enough stupid shit that brings us plenty of attention. We don’t need any more. The reporters don’t like me much after that answer, not that I can blame them. Kidd punches me in the shoulder and winks at me.

Jonathan Beltran is adjusting to life as a civilian after an eight year military career. With a booming private investigation business and good friends to count on, life is headed in a positive direction. Coupled with his fierce will and strength, Jon will learn if his training has prepared him for this next journey.
Life is never boring for the ever-positive, smart-mouthed, fearless Kate Bryant. When unexpected events leave her temporarily homeless, she accepts an offer of a free place to stay with Jonathan. The challenges of working with rock stars, living with Jon, and finally confronting ghosts of her past may prove to be too much.
Uncovering Desire, book two in the Uncovering Love series, is a full length, contemporary romance, and can be read as a standalone.

Signed copy of Uncovering Desire
a Rafflecopter giveaway
Posted by All Is Read at 9:00 AM No comments: 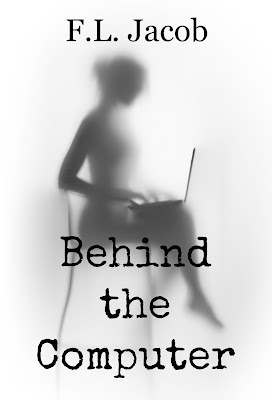 I’m Sawyer James, best-selling indie author.  There have been so many rumors going around about my model, Caleb Allen, and I that I can’t see straight.  So, instead of sitting back on my hands like I’m told I need to do, let it blow over, and kill everyone with kindness, I’m going to do what I do best, I’m going to write a book about our relationship.
So here it is, our story.  The real story.
Now if you have anything to talk about, you can shove it because this is the truth.
This is the story from behind the computer. 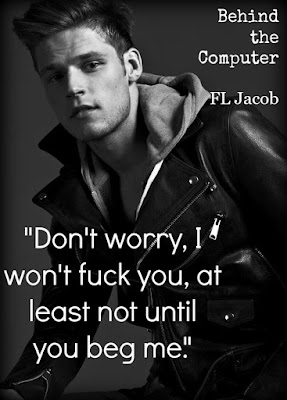 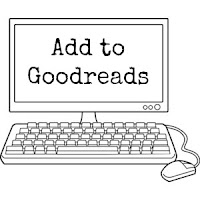 I straighten up and look at him; he’s come from the party. He has on a black suit with a crisp white shirt and ironically a green tie.
“We match.” I try to smile.
He wipes the tears away from under my eyes and holds my face in his hands. “I picked it to match your eyes. I was hoping you would be there.”
“I’ve missed you,” I admit feeling relieved he hasn’t completely given up on me.
“You have no idea how much I’ve missed you.” He wipes a few more stray tears. I laugh a little, and he smiles. “There’s that smile I love so much. I was watching you all day. You didn’t look at me once.”
“It was so hard.”
“That’s what she said.” He winks, and I let out a real laugh this time. 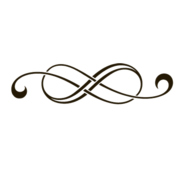 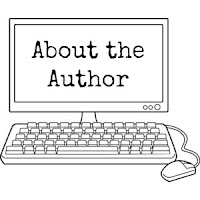 I am a mommy of two, wife to an amazing man, and full-time employee. Life is crazy and busy! I started writing again during a darker time in my life in a group write in a Facebook group. They brought back my passion for writing that I haven’t felt since high school and helped me through hard times.
Starting this process was tedious and nerve-wracking, but my amazing ladies and my fabulous husband have inspired me to take my love for writing to the next step.

My current books are Have I Told You, I Won't Give Up on You, A Very Merry Black Hollywood Christmas, and Give Me All of You, all part of the Black Hollywood Series.   Behind the Computer is a new standalone that is not part of the BH series.  It's a step outside of my comfort zone, but the story hit me like a ton of bricks so I went with it. 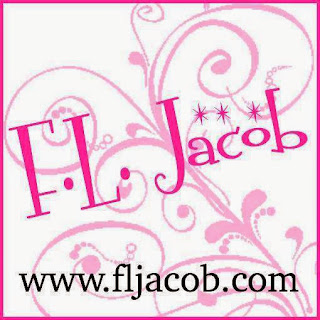 Email ThisBlogThis!Share to TwitterShare to FacebookShare to Pinterest
Labels: Behind the Computer, FL Jacob, Release Blitz

My name is Calla Price and I’m broken.

My pieces are all around me, floating on the wind, even as I desperately try to grasp them.

Who is dead? Alive? Insane?

What is the truth?

I do know this: The darkness is strangling me. With every breath, I choke on another lie.

My mind has protected me, but that shield will soon be lowered.

All will be revealed.
Every answer to every question.

It’s all been leading to this.

Don’t be afraid.
Be terrified.

Lux.  Where do I begin?  I love things that are messy.  I love book endings that leave you thinking, guessing, not handing you everything wrapped up neatly in a nice little box.  This series has been one hell of a ride, where nothing is as it seems.  One where you think you know what’s going on with 100% certainty, only to find out that you were nowhere, not even in the ball park, close to getting the answers you thought were there.

I was sucked down the rabbit hole with Nocte. I have stayed there in perpetual doubt all of the way through Lux, and I still have questions.  My brain is a mess and swimming through possible scenarios, I can only come up with one thing I know for certain.  This series blew me away.  Courtney’s writing was on point.  I was consumed from beginning to end, trying to find out all of the riddles placed before me, and I feel like I need an immediate reread to see if I can place it all together.

Lux starts where we ended with Verum; Calla waking up in the hospital, very confused.  Digging deep into the recesses of her mind we go back to where everything began.  Summers in Whitley.  All the while it seems that every time Calla remembers something a road block is tossed right back up.  Oh yes, you will get some answers, but if you are like me?  You will question everything.

What an absolute beautiful haunting tale this was from start to finish.  I have said enough, no go make sure you pick up this book, and if you haven’t started the series yet?  Be prepared for a topsy-turvy roller coaster ride!

Courtney Cole is a New York Times and USA Today bestselling novelist who would rather write than eat chocolate. She holds a Bachelor's degree in Business, but no amount of working in the corporate world could quell her urge to write.

Courtney was born and raised in Kansas, home of incredibly friendly people and the most horrendous weather on the planet. Because summer days were so hot, she grew up reading stacks of books... and when she didn't like the ending, she wrote her own.

Courtney has relocated to Florida where she writes beneath palm trees. To learn more about her, please visit her website.  To sign up for her newsletter and receive exclusive sneak peeks and super-fan perks, click here.
Posted by All Is Read at 8:30 AM No comments: