99 cents for a limited time! 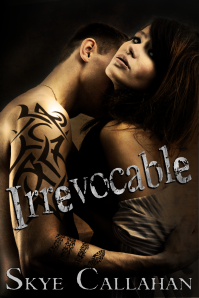 Sometimes when you can’t go back, the only way out is to descend into the darkness. my Captor When I woke in that place, I just wanted to survive. But survival came at a cost, for which they demanded my will and body. my Master With pain came acceptance. Fully-dependent on the man who claimed me, I learned to appreciate what I had-life and relative safety. my Protector I watched him spill blood and tend my injuries. With betrayal came a revelation. The only way out was to bring them all down or die trying.

My head ached and I slumped against the wall, rubbing my temple. Between the pain and swelling in my body and the fog threatening to reclaim my mind, each breath and thought became more and more of a struggle. “Do you remember what happened?” Kirk asked, keeping his voice low—almost calmingly low. A misleading façade to hide whatever beast he locked inside. I shook my head, unwilling to give into his mock concern. The elevator halted and my stomach slammed into the lungs, adding to my nausea. I feared I’d lose its contents for a moment, but I managed to swallow as Kirk dragged me out of the elevator and down a hall. “What is this place?” “Quiet,” he hissed, wrenching my arm. “Please, just—” He hauled me around to face him, lifting me by my upper arms. “Not listening is a good way to get yourself killed here, which is exactly what would have happened if I hadn’t come downstairs to see what trouble our resident dipshits had dragged in. You have yet to be ripped to pieces or to be removed of your ability to speak. If you want to keep it that way, I suggest that you learn to obey simple commands. Shut up.” I clenched my jaw. I didn’t want to admit the truth in what he said, but with every breath I took, my ribs sent a sharp reminder of what could happen. Regardless of that warning, my brain didn’t stop screaming. All I wanted to do was go home, where neither of us would have to worry about my body parts being ripped off. But, I nodded, and he pulled me forward so quickly I tripped over my own feet and wouldn’t have stayed upright if not for his grasp.

You HAVE to read this book. It really is one of the best that I have read in a while, and definitely one of the best of 2014. It has everything I look for in a dark read. The twist that the author throws in is, just wow. I just cannot emphasis just how much I love this book!” ★★★★★ Alicia, Mean Girls Luv Books

“Not only did Irrevocable gut me, it took me on a roller coaster ride full of emotions that I usually don’t experience while reading romances…. You start to hate, you start to sympathize, and you begin to fall in love in every way. Ms. Callahan has turned my world upside down with her writing. Dark, sensual, and at times overwhelming, Irrevocable will bring you on a dark journey that you will never forget..” (read more…) ★★★★★ Shayna Renee’s Spicy Reads TOP PICK of 2014!

***************
UPCOMING RELEASE
IGNITION
Skye's new dark romantic suspense Ignition will be released on March 16!
Pre-orders are available through these retailers for 99 cents!
iBooks
Nook
Kobo
Synopsis
When you’re this close to the redline, there’s no room for error—
—or second chances.

A sought after car thief for hire, Colt will do anything for a high—anything for the deafening rush of blood and chemicals that tames the ongoing anarchy in his mind. Fast cars, pain, alcohol, women… his vices come in many flavors, but one woman tempts him closer to the line he can never come back from. She’ll be his hardest theft yet—an action that will set the looming conflict with his brother on a new and violent path.

Aubrey has two choices. The first she knows too well: the alluring businessman who entwined her in his deceptive plots. The second is a stranger. He makes his promises not with a silver tongue but with harsh, blunt observations that Aubrey can't ignore. Either way, she's caught between two brothers each seeking the other's downfall—and neither has a problem taking her down in the process.

You can also join the Reading Hangout to read all of chapter 1 now!