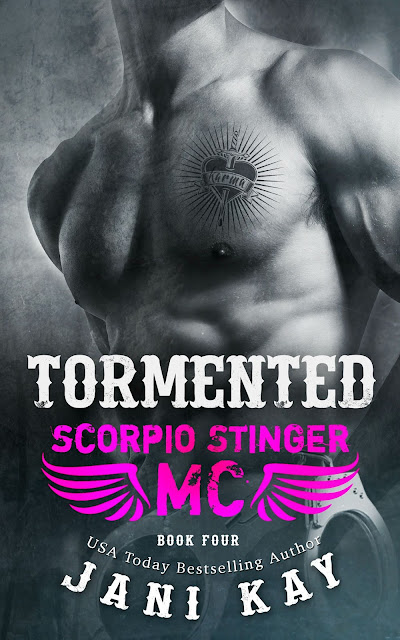 Can there be redemption for a man with a tortured soul and a twisted heart?

Hell bent on revenge, anger and hatred taint my soul.
Only rage and vengeance keep me alive. Nothing else matters.
There is no room for love. No room for relationships or a family of my own to distract me.
I’m damaged and beyond redemption.

Until I meet my arch enemy’s sister. She's off limits, but despite my best intentions, I just can’t get the dark haired beauty out of my mind.

Can Eva tame the beast and make me human again? Can she help me find redemption?
Perhaps HELL is the only place for a man like me.

Maybe he is, but that doesn’t stop me from wanting him. On some deep level we connect—I see past the damaged outer into his very soul. Can I be the one to crack through his hardened shell and thaw his heart to bring out the real man he’s hiding even from himself?

Is there redemption for a man like Harrison Summers?
Or will he drag me straight into hell with him? 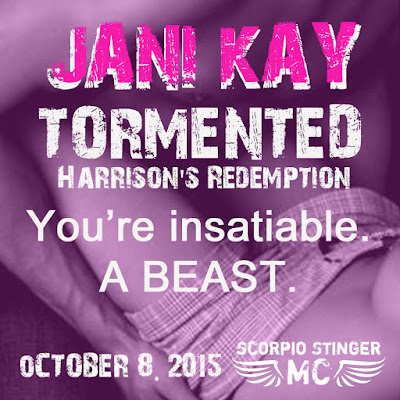 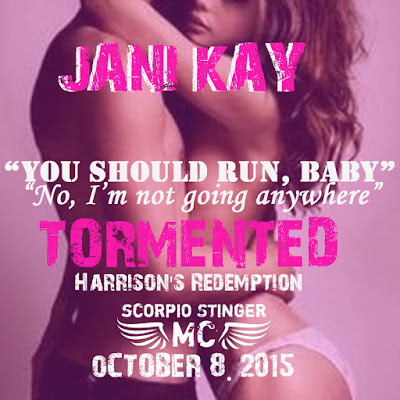 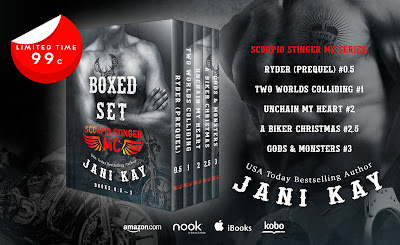 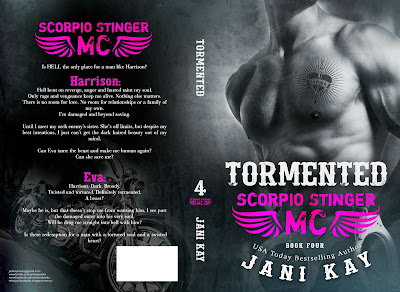 USA Today Bestselling Author - Jani Kay lives in Western Australia within a ten minute walk to the beach which is one of her favorite places to chill out.

She has been a bookworm all her life - as a voracious reader, she would gladly spend her last dollar on a book. She is always fascinated that for the mere price of a book (often less than the price of a coffee!), she can escape her life for a while and see through someone else's eyes into their world.

Jani loves the colour red, is a fiery Aries, is impatient and always storming ahead with those ram's horns, bashing her head...she has a wicked sense of humour and loves laughing.

In her 'other' life, Jani is a business woman and a scientist - a creative scientist though - she formulates skin care products and brews up concoctions in her laboratory...

She has 2 beautiful children who have grown into amazing young adults and Jani is very proud of them.

Besides reading and writing, her favorite 'thing' is traveling and drinking cocktails on the beach while watching the sun set over the ocean (Sex on The Beach anyone?). 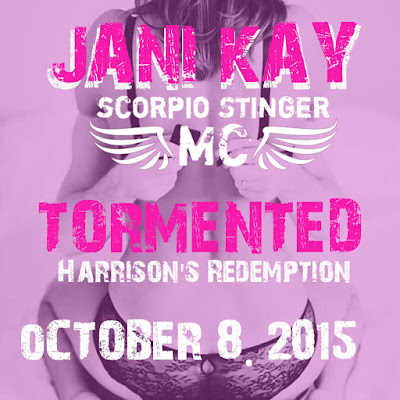 The third and final installment to the Hart trilogy…Through lies, deceit, and heartache, Elyssa Hart and Alexander James have come out on the other side together and ready to start a new life. With a baby on the way, both Elyssa and Alex struggle to figure out where to begin. When a course of events test their strength, resolve, and fate, Elyssa and Alex must figure out a way to keep their family together.

Bang!  Slam!  Rustle!  Smash!  Thump!
For the past twenty minutes I’ve watched Arianna pack her office.  One word can be used to describe the feeling deep within my soul…satisfaction.  Complete and utter satisfaction.  Arms crossed over my puffed out chest, smug look fully seated on my face, I could give a fuck if how I’m reacting is distasteful.  After everything she’s put us through over the past few months, this one moment is nothing but a small victory in comparison to the turmoil she’s caused.
“How did this happen?!”  She tosses another book into an oversized cardboard box.  “How could my husband have been so naïve?”  She lets out a loud scream in frustration while she stomps across the room to grab her lone plant from her bookshelf.
“Mrs. Salerno, I’ve already warned you once.  If you don’t keep your voice down we’ll have no choice but to escort you off the property and ship your personal belongings.
She stops dead in her tracks, takes a long hard look at the security guard, and screams, “Fuck you, Rico!”  The look that accompanies the nastiness would make a grown man cry.  Pouncing towards us, she gets right in the guards face.  “I own this company.  I own you.  Who the fuck do you think you are?”
And that right there is when I lost it.  She doesn’t own shit!  I’ve held back laughter on several occasions while watching her process her anger, but I can’t hold it back any longer.  Once my chuckle fills the awkward silence, she directs her ire right at me.  Bring it, Arianna.  I can’t wait to hand you your ass.
“Fuck you too, Alex!  Show some tact,” Arianna spits at me.
“Tact?  Ha!”  I erupt in laughter.  “Do you hear yourself?  You don’t own shit.”  I uncross my arms, moving to get closer into her space.  “This is MY company.  This is MY building.  This is MY employee, which I will only warn you once to treat him with respect or I will throw you out on your ass myself.”
“Your company?  YOUR company, Alex?  Do you hear yourself?” she echoes my earlier statement.  “This company is mine!  I made this company.  When Carl wasn’t able to, no when he didn’t want to deal with it anymore, I was here.  I ran this company by myself.  So excuse me if this is just a little baffling.”
I stare at her for a good long minute, contemplating her words.  The woman before me, dressed to the nines in her pale blue pantsuit, is not who I once thought she was.  She really has no clue.
“No Arianna, what’s baffling is how you thought you could manipulate him into thinking you were worth more than what you ended up getting in the end.  You brought this on yourself.”
She turns her head, mumbling, “It wasn’t until that bitch came along.  Everything was fine before her.”
I know she meant for me to hear her words and I fight to remain unaffected.  Until she decided to bring Elyssa into this conversation, my resolve was steadfast.  Now, I no longer care how this is affecting her or what her future holds.  I can finally release the invisible hold she has on me.  “Just get your stuff together.  Don’t drag this out any further than it needs to be.”
“Now you’re having a baby together.  Ha!  What a fucking joke.”  She stomps over and picks up a familiar picture frame.  It’s the photo of her and Carl together during a Christmas party a few years back.  She stares at the picture, momentarily looking solemn before her bitch face returns.  “You think you can have a family, Alex?  That you even deserve one?  You’re not a family kind of guy.  You’re going to fuck her and this baby up because that is what you James’ men do.”
“Shut the fuck up!” I feel the veins in my neck tighten as my voice rises, echoing through the room.  I rush towards her, stopping just close enough to make my point.  She drops the frame in a moment of panic.  This bitch knows I would never touch her in anger.  “Listen to me carefully.  You will never mention Elyssa or our baby again.  Do you understand me?  They do not exist to you.  This…this is between me and you, and as far as I’m concerned…this is it.  This is the final blow.  Checkmate.  Done.  There is nothing after this.  No reason for us to ever have to see each other again.  Take what you have, move on.  Leave town.  Die for all I care.  Just leave my family alone.”
I see the moment the fear leaves her.  Her lips curve in a vicious smile, “Oh Alex.  If you think this is checkmate, you are sorely mistaken.  This is only one move.  Even though my King may be dead, in this game,” she motions between the two of us, “the Queen is still very much alive.  And, like me, she’s the only game piece that matters.”

Co-Author Stephanie Nash is originally from Post Falls, Idaho and is thankful for the peaceful surroundings which gave her stability and sense of direction.  Currently residing in North Las Vegas, Stephanie has gotten to experience a life outside of the beautiful Northwest and was given the opportunity to live a life far beyond her expectations.  After spending five years as an undergraduate, ending up at UNLV, she decided to take a chance at love and passion and quickly became immersed with her true passions: Writing, Reading and her loving boyfriend of ten years.

Co-Author Ann Stewart currently lives in Las Vegas with her husband and children.  Originally from California, Ann relocated to Las Vegas at a young age and has grown to love the valley since.  You can usually find her at work, at school, or hiding somewhere completely immersed in a book.  It’s the love of stories that has driven her towards her passion of writing and it’s her dream to share those stories with the world.