I get it. I’ve heard the jokes. My name sounds like some medieval character who was a hero. Hell, my best friend’s named Arturo King. Ring any medieval bells? But this is my story and I’m no hero. I also get the jokes. Lancelot is a play on the words lance and lot, and a lance refers to a sword, which is a euphemism for dick. What does a man do with his dick? He fucks. A lot. So if my name is Lansing Lotte, I must be “fucking lot.” Get it? Fucking a lot? Which I’m not saying I don’t, that’s not the point. Another reference to something sexual. Get my point? Huh, I made a punny. But again this is my story, and I haven’t done anything funny. In fact, I’ve killed three women, and only one of them I loved. Yeah, that’s right? Not laughing now. It’s not funny. And I’m definitely no fucking hero.


Paisley Belle reporting for Guitar Central. Today’s interview is with Lansing Lotte, guitar hero for the award winning rock band, The Nights. Despite the recent tragedy for The Nights, I was able to sit down with Mr. Lotte in a small coffee shop down the street from his historical home in New York City. Perkins Vale, drummer, and Tristan Lyons, bass guitarist, will be joining us soon, but with the few private minutes alone, I begin my inquiry.


Let’s start with how you got into music?


L: My mother was the most instrumental in my introduction to the guitar. Pardon the pun. She was what you’d call laid back, a naturalist, almost hippy-like. Music surrounded us and she eventually taught me to play on a 1931 Gibson L-I Flattop. I still have that guitar all these years later.


Speaking of family, we understand you’ve had a rather unusual upbringing.


L: (growing fidgety) I don’t typically talk about it, but yes, Vivian DuLac is not my natural mother. Yes, I did inherit Logres Construction.


Lansing remains silent for a moment, reflective, and I decide to move on.

Tell me about your nickname: The Lady Killer.


L: (flinches at first, but then relaxes, pushing his longer bangs off his forehead) Yeah, well, I’m okay with the ladies (a sly crooked smile begins and those blue eyes sparkle), but I’ve been known to make a few mistakes, break a few hearts. Maybe one too many. (sighs).


Broken hearts, what about being a hero?


L: (sitting up straighter and continuing to fidget with the coffee cup in front of him) I wouldn’t say I’m a hero. I did what anyone would do. I have…a connection…to the little girl. I needed to get to her.


(Raising my eyebrow) A connection, how?


Well, tell me the story of the band. How did you all come together?


L: I met Arturo when we were teenagers; he’s two years older than me. It was a fight over a girl (he looks away for a moment).  Anyway, met Perkins in the woods one summer. We just sort of clicked. He’s a natural on the drums. Met Tristan after Arturo went to college. We just gel, a band of brothers.


(I soften my tone) And speaking of brothers, how are you all holding up with the news of Arturo?


Well, the recent events surrounding Arturo and his…


L: There is no news. All we know is Arturo was in an accident. I’m sure you’ve seen the images. Graphic. Disturbing. But we are still hoping for the best. He’s been spotted sporadically, but we don’t have any definite leads. What we do know, is if Arturo King were dead, we would all feel it. Our connection is that strong. If one goes, we would know it.


In an attempt to change directions, I ask: How is Guinevere DeGrance?


I’m taken aback for a moment and then he continues.


L: I apologize. Guinevere is holding up the best she can. Obviously this has all been quite a blow to her. She’s been through a lot, but she’s a strong woman. She’ll make it through this. She has me. She has the band. We are all there for one another.


There for each other, but who is there for you, specifically? (winking)


L: (seeming to relax). Someone amazing is there for me.  I didn’t see her coming, but she means everything to me. She’s changed my life, literally. It’s a new chapter for me, and I’m looking forward to where this will lead (smiles deeply).


I can feel the exciting energy for his unspoken new love interest, but I decide not to pry further.


Okay, can you comment on your world tour being cancelled?


L: We had to cancel. We won’t continue without Arturo, so we decided to wait. The fans have been understanding. We are still working on finishing the album, and looking forward to a release tentatively in August. We appreciate everyone’s support for Arturo and we are certain he feels the love they keep sending out to him.


Anything you want to say to your fans?


At that point, a beautiful blonde woman and a little girl dressed in a ladybug costume enter the coffee shop. Lansing’s attention shifts immediately and the little girl waves to him. He winks at her and she giggles in response. I don’t miss that his eyes wander up to the woman who waits patiently in line for coffee, not acknowledging him. The weight of the Lady Killer’s attention must be too much, because she turns toward us, and slowly smiles at Mr. Lotte. I’ve seen that look before on a few ladies of society. This one definitely has more-than-a-crush on the rock star sitting before me, but I can tell by the look on his face, he feels the same way about her.


There’s no sign of Perkins Vale or Tristan Lyons, but I can’t wait to get the nitty-gritty on the quiet member of the band, Perkins. That giant drummer has some secrets, and I can’t wait to learn them next.

L.B. Dunbar loves to read to the point it might be classified as an addiction. The past few years especially she has relished the many fabulous YA authors, the new genre of New Adult, traditional romances, and historical romances. A romantic at heart, she’s been accused of having an overactive imagination, as if that was a bad thing. Author of the Sensations Collection, Sound Advice, Taste Test, Fragrance Free, Touch Screen, and the upcoming Sight Words, she is also author of the Legendary Rock Star series, beginning with The Legend of Arturo King. She grew up in Michigan, but has lived in Chicago for longer, calling it home with her husband and four children.
Facebook | Facebook Author Page | Amazon | Newsletter | TSU | Twitter | Pinterest | Goodreads | Booktropuloussocial | Blogger Website | Instagram

{{COVER REVEAL}} BE THE ONE BY NINA LEVINE 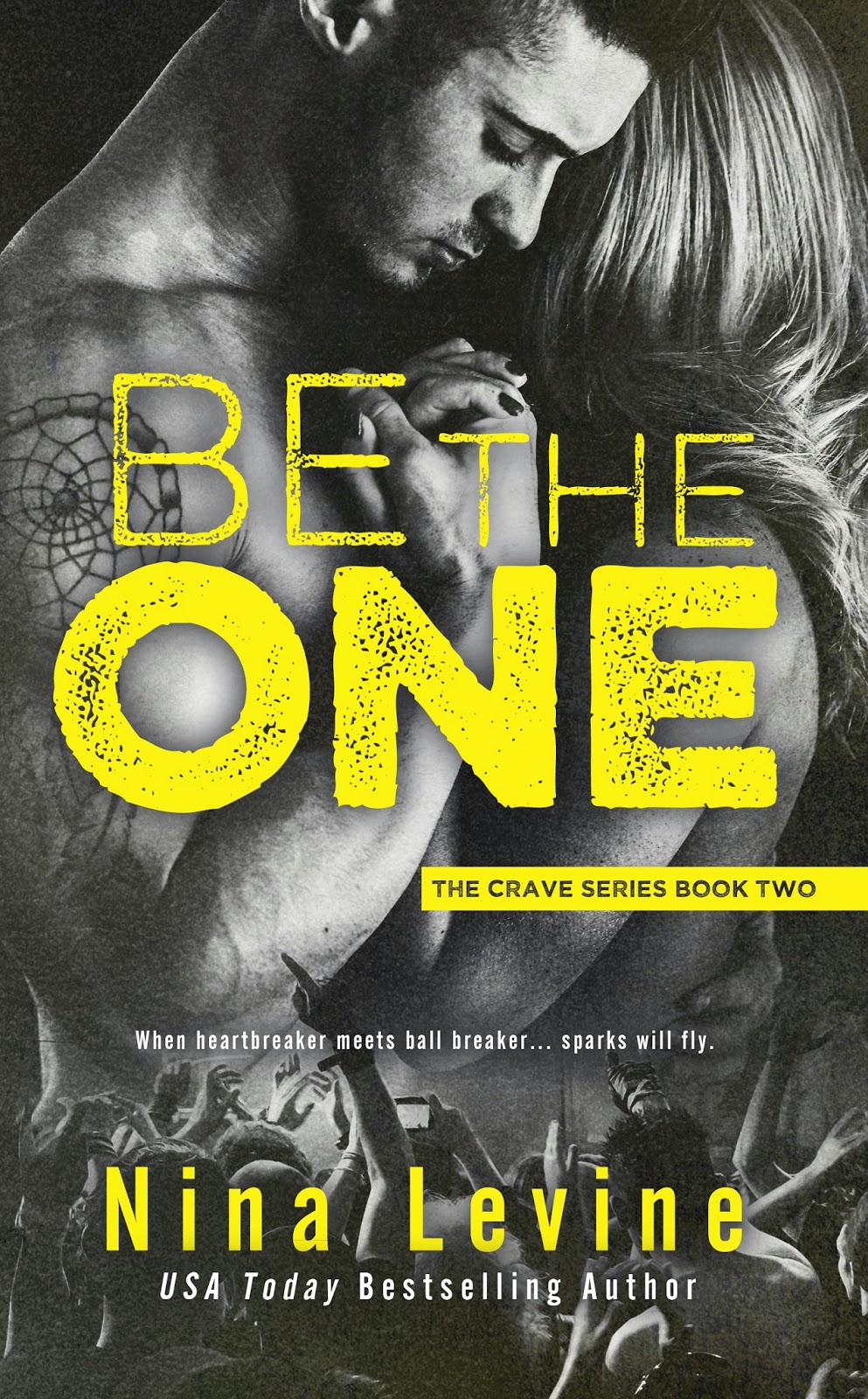 
Jett Vaughn has one thing on his mind these days - Presley Hart. He will do anything it takes to make her his. At least, he thinks he will.

Presley Hart wants one thing in life - a man who will make her his number one. After being married to a man who never put her first, she swore she'd never settle for second best again. At least, she thought she wouldn't.

When Jett's life comes crashing down around him, his flaws are laid bare for all to see. Presley stands by her man but there's only so much she can do to help him. She loves him and wants to be with him but she has her limits and Jett's about to reach them.

In the midst of hurt, loss and destruction, can love win out? Can a man who is struggling to find his way, show the woman he loves just how much he wants her to be the one? Or is there only so much a heart can take before enough's enough? 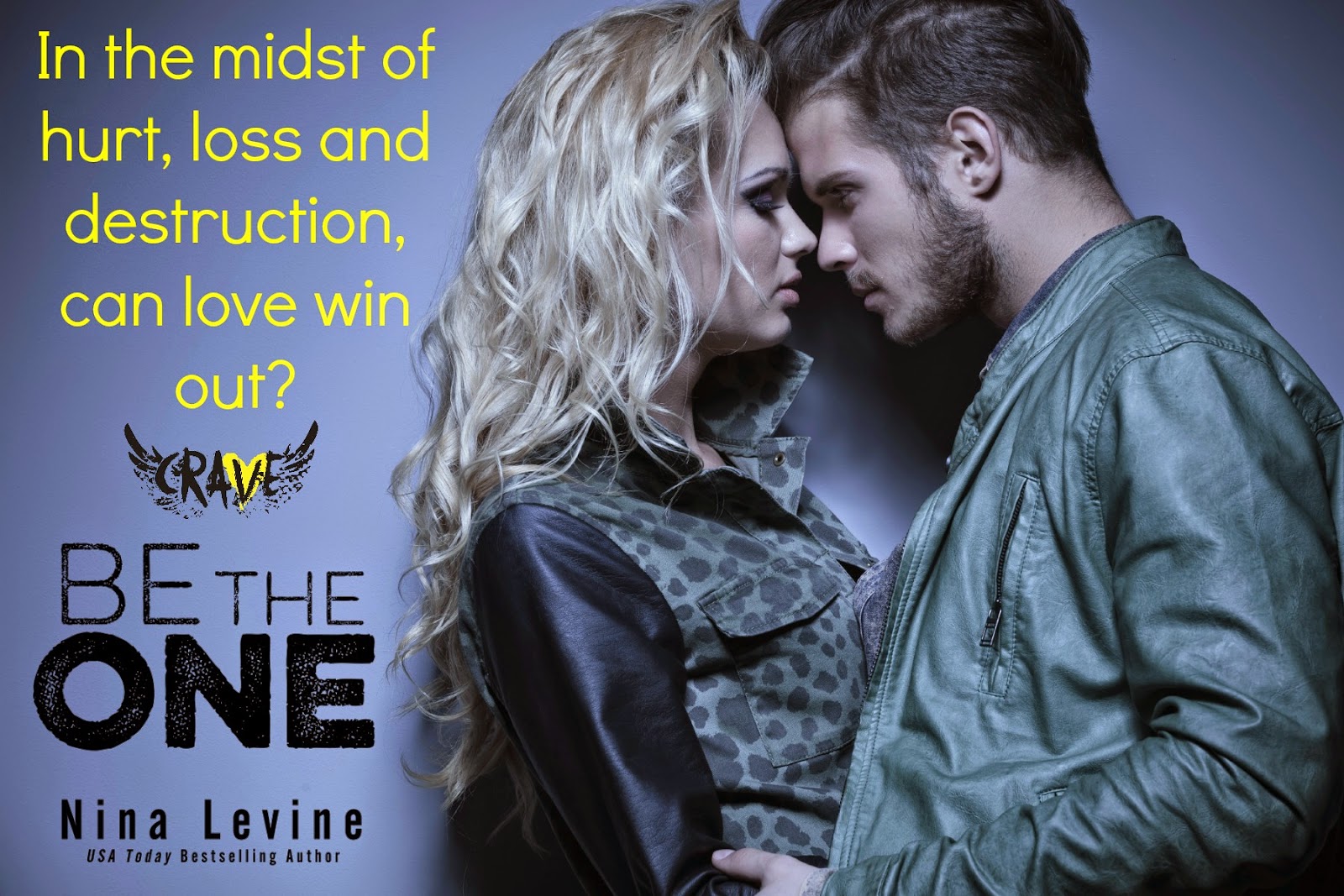 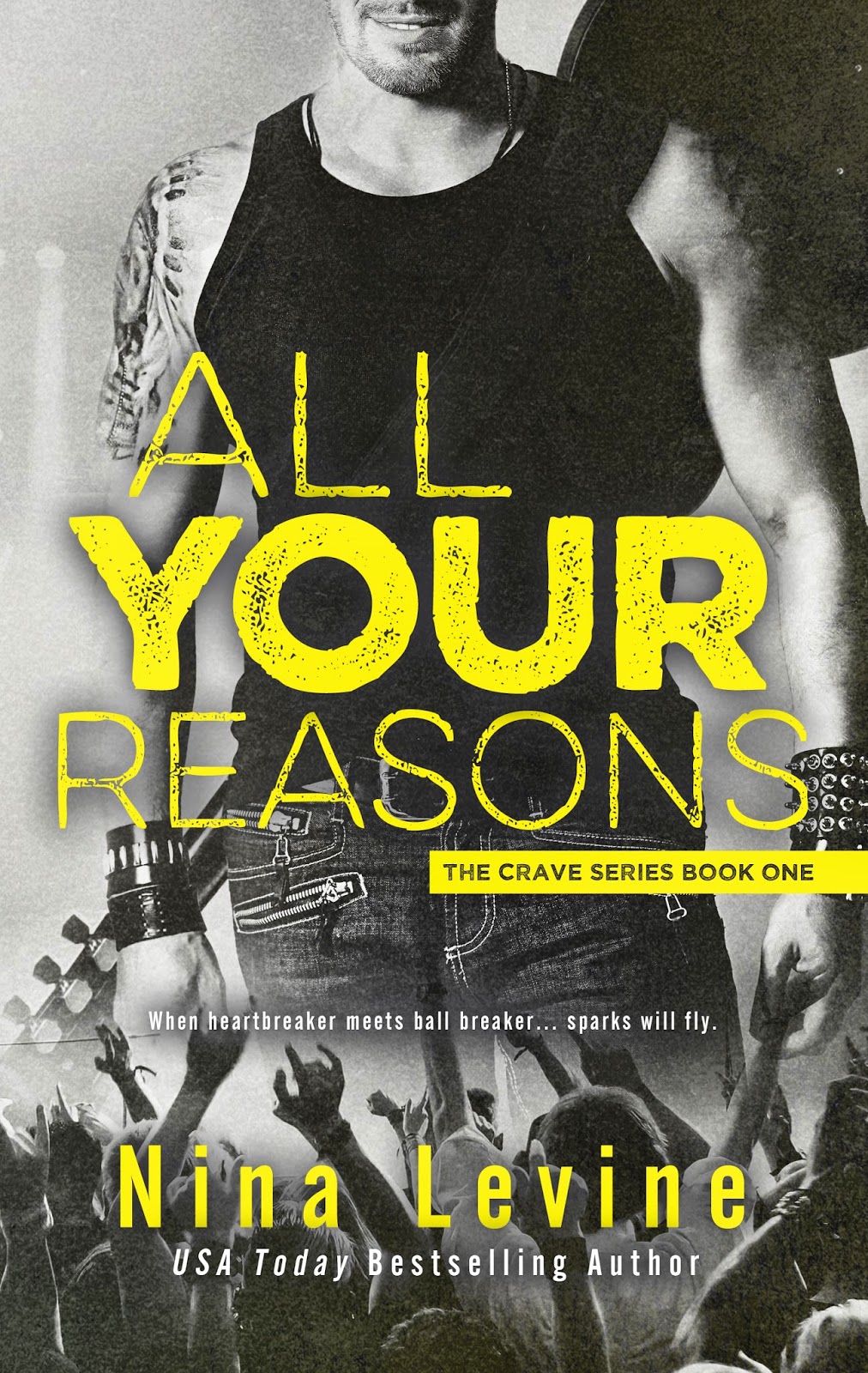 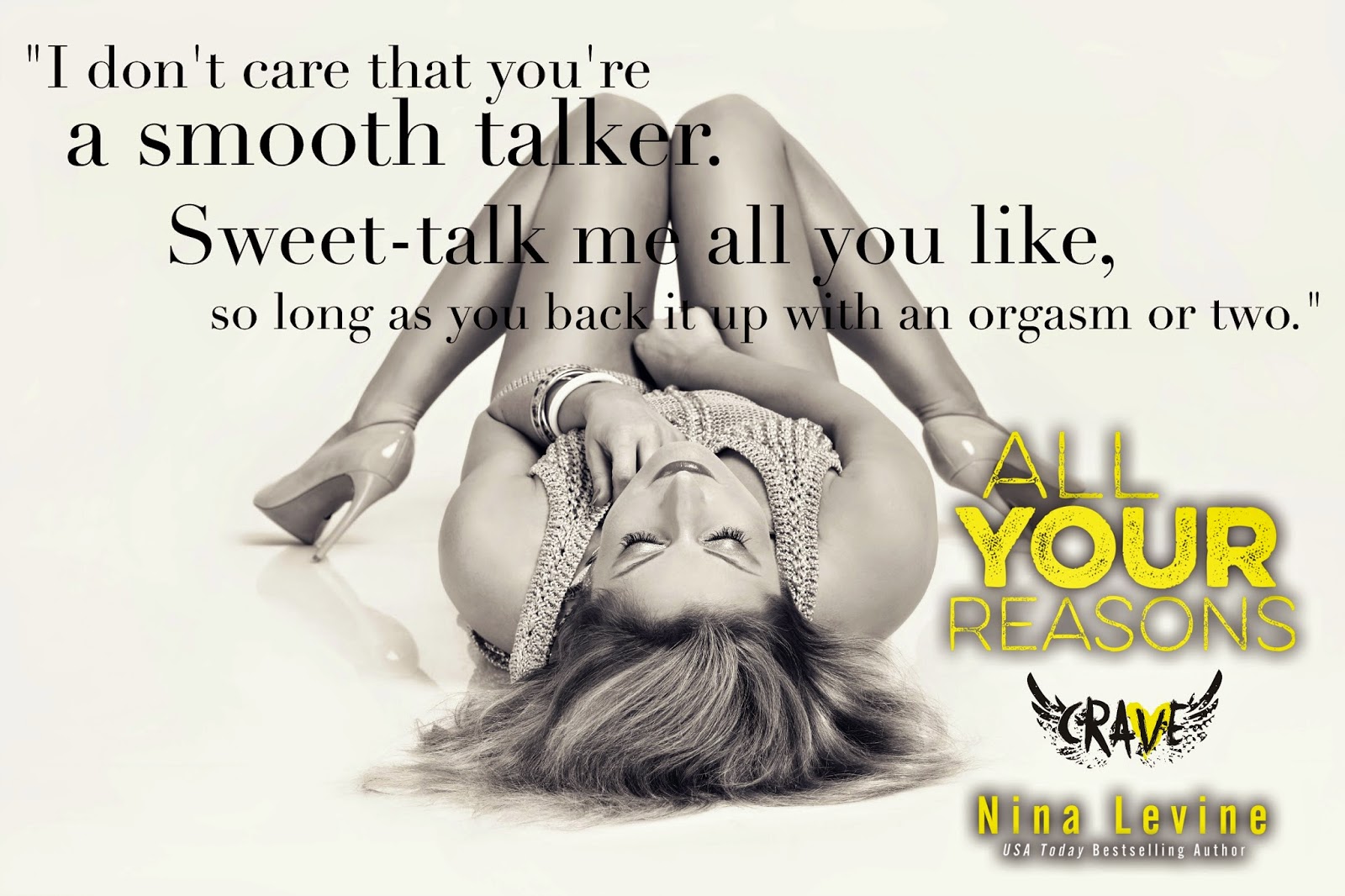 USA Today Bestselling author who writes about alpha men & the women they love.

My favourite word.  If this offends you, you won't like my books... 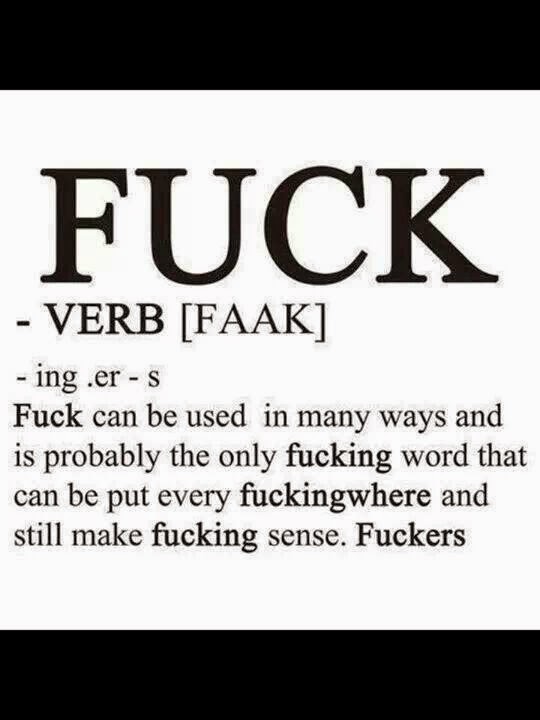 I love to chat with the readers of my book so please visit me or contact me here:

Email ThisBlogThis!Share to TwitterShare to FacebookShare to Pinterest
Labels: Be The One, Cover Reveal, Giveaway, Nina Levine 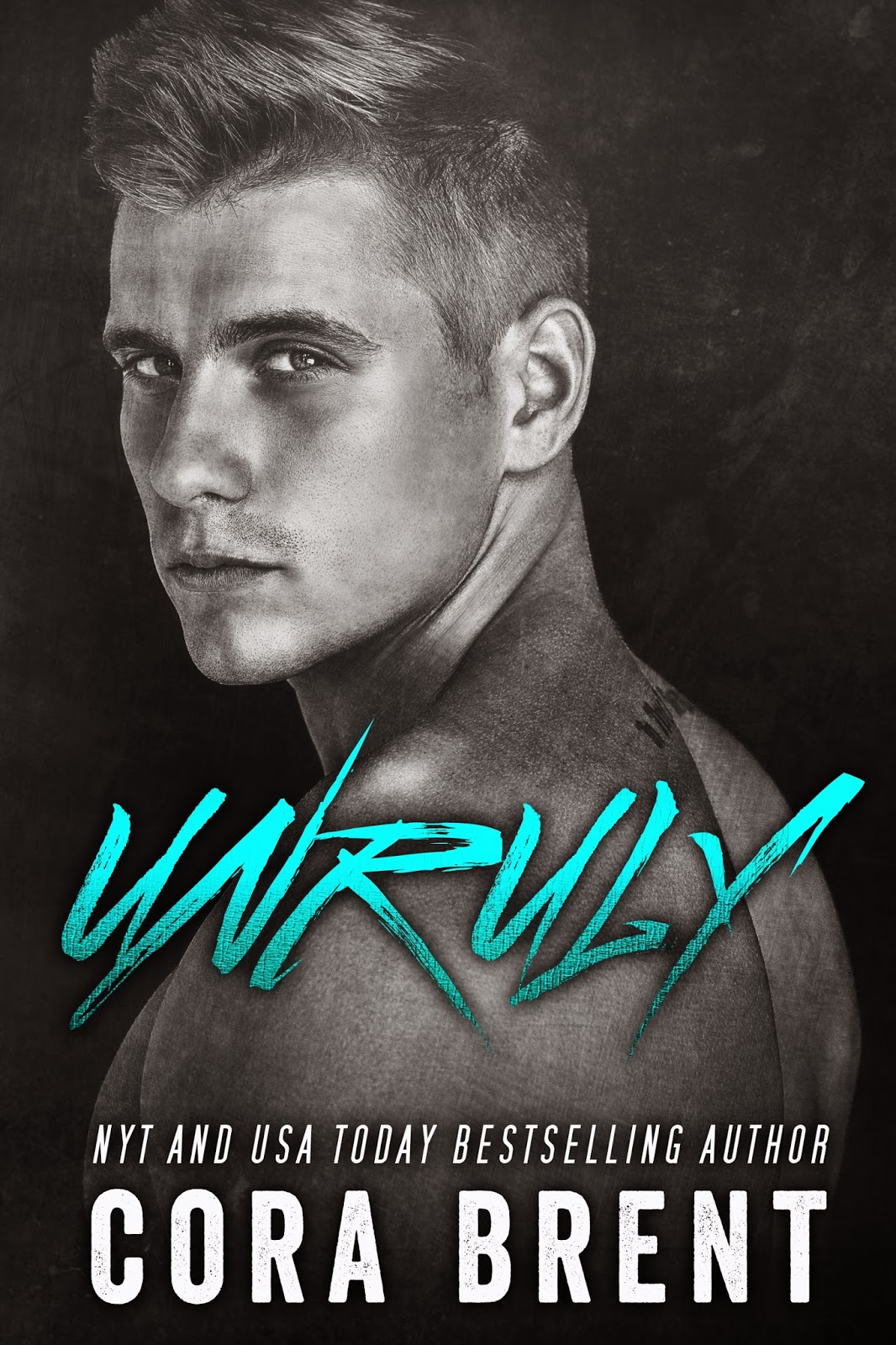 Forbidden hookups are rarely simple.
Claudia Giordano only plans to be home long enough to watch her eternally irresponsible father marry her high school nemesis.
She never expects to embark on some horny sex odyssey with a wild nineteen-year-old baseball player.
Easton Malone is cocky, crude and off-limits on so many levels.
That hot, reckless week should never have happened.  The only option is to forget.
But life’s triumphs and heartbreaks keep bringing Easton and Claudia together again.
And again….
In the beginning they only find lust.
At the end they find each other.
Along the way they find everything else.


WARNING:
There will be sex.  (A lot of it.)
There will be grief.  (You might find yourself ugly crying.)
But there will also be redemption in the face of tragedy.
And yes, love will prevail. 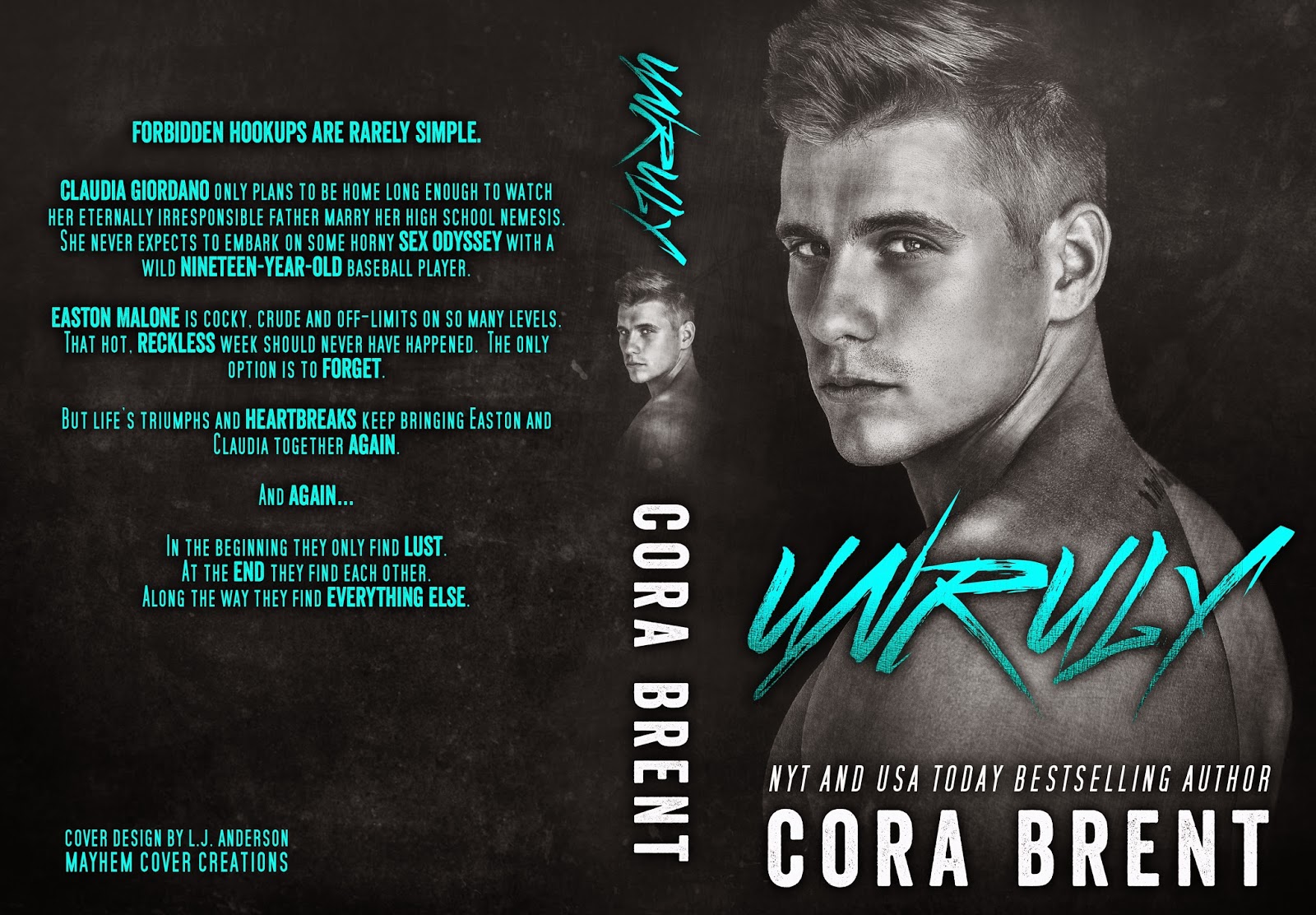 Cora Brent was born in a cold climate and escaped as soon as it was legally possible. Now, she lives in the desert with her husband, two kids and a prickly pear cactus she has affectionately named ‘Spot’. Cora’s closet is filled with boxes of unfinished stories that date back her 1980’s childhood and all her life she has dreamed of being an author.  Amazingly, she is now a New York Times and USA Today bestselling writer of contemporary romance and begs not to be awakened from this dream. Social Media Links Goodreads - http://tiny.cc/3ynhxx Facebook - http://tiny.cc/eznhxx