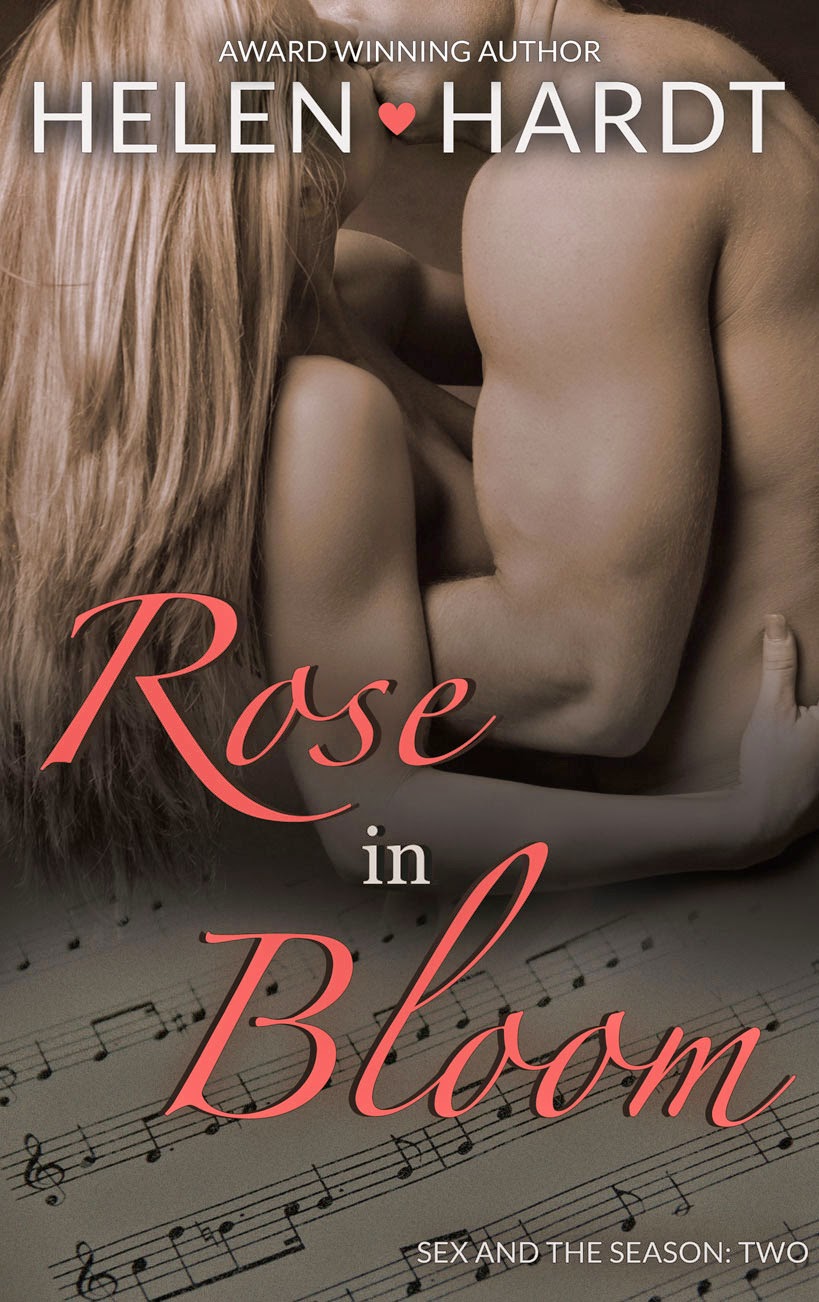 Synopsis:
Sex and the Season Book Two
Wiltshire, England 1853
Lady Rose Jameson knows her place—respect authority and convention and marry a suitable member of the peerage. Lord Evan Xavier, the second son of the Earl of Brighton, possesses the necessary pedigree, but though Rose enjoys his company, the spark she craves is missing…the spark she feels in abundance with handsome commoner Cameron Price.

Cameron has accepted his lot in life—to care for his widowed mother and two younger sisters. Instead of writing the music he loves, he’s destined to work the land his family leases from the Duke of Lybrook…and deal with his overwhelming feelings for the duke’s sister-in-law, Lady Rose. When Cam’s sister becomes ill, his fate is further sealed. He must say goodbye to Rose forever.
But circumstances and the appearance of an elderly stranger may change both their fates...


Sigh….Hardt’s books are my undeniable guilty pleasure. So this book starts a few weeks after Lily and Daniel have become engaged. If you read the first book then you know Daniel had just commissioned the sexy commoner Cameron Price, a tenant on his land, to compose a song for Lily as a wedding gift. This commission places Rose, Lily’s sister, in close quarters with the handsome yet somewhat bitter Cam as she is a musician who will be playing the song on the pianoforte.
Over the course of the few weeks that Rose has spent with Cameron there is a magnetic chemistry between them shimmering beneath the surface. However Cam’s disdain for the upper class and his station in life has skewed not only his perception of what could be with Rose but has also pushed her away from him. One fateful night when the two are brought together under the stars the attraction and love for one another finally breaks free. Soon both Cam and Rose find that their love for one another will put them to the ultimate test, will it survive the strain of monetary stations or the rival pursuer of Rose’s affections? Will their love remain faithful or will class divide them so far pushing them into the arms of another? Well you will just have to read and find out, no won’t you ;)
I love Helen Hardt’s regency stories. Her stories are heavily focused on testing the strength of love between two people, throwing just about anything she can to stand in the way and seeing how the two characters can rise above it. It provides just enough angst to get the reader riled up, just enough emotion to make you weep and just enough unfiltered love to make you melt. AND let’s not forget the sexy as hell love scenes in this book, talk about HOT! Some of the scenes are scorching and will totally get your knickers in a bunch. Hardt’s characters are lovable, genuine and perfect. You will fall in love with their brazen behavior especially from the ladies and their never ending wit. If you are a lover of regency romances I suggest you pick up this book now, you will not be disappointed!

Excerpt
Rose turned. His silver eyes penetrated her flesh like daggers. She felt defenseless. All those heart-wrenching hours spent at the pianoforte with him, fighting her attraction to him and telling herself they had no future, flooded into her like a tidal wave. He had treated her with such disdain, never missing an opportunity to make a snide comment about their different stations. Was it possible he felt an attraction too?
“You’re foxed, Mr. Price,” Rose said, forcing herself not to stammer. “This conversation would be better served if we were both in our right minds.”
Cameron tentatively reached toward her arm and touched her lightly with his finger. A spark shot through Rose at the contact.
“I may have imbibed a bit more than usual, my lady,” he said. “But I assure you, I am in my right mind. I asked you a question. Would you have danced with me?”
“I…don’t know. It wouldn’t really be appropriate.”
Cameron snorted again. “Of course. What would the other peers have thought if you, the daughter of the Earl of Ashford, were seen dancing with a commoner? Pardon, not just a commoner, but a tenant on your brother-in-law’s land.” He turned away from her. “Good evening, my lady.”
Rose’s heart hurt. She had wanted to dance with him. She had dreamed of more than that. Of kissing him the way she kissed Evan. Of doing…more than kissing. “Wait, Mr. Price.”
He turned. “What is it?”
“Yes,” she said.
“Yes, what?”
She gulped. “Yes. I would have danced with you.”
He walked back to her and brushed back a stray curl. Her skin burned where he touched her.
“Will you dance with me now?”
“It’s nearly time for the meal.” Rose swallowed. “The orchestra is taking a break. I…we should go in.”
“Please. Dance with me.”
Her heart hammered against her chest. “There’s no music.”
He cupped her cheek. “We don’t need music. You and I together have it in our souls.”