We are excited to share the cover of this brand new series by A.L. Jackson

A Stone in the Sea will Release on Feb 23 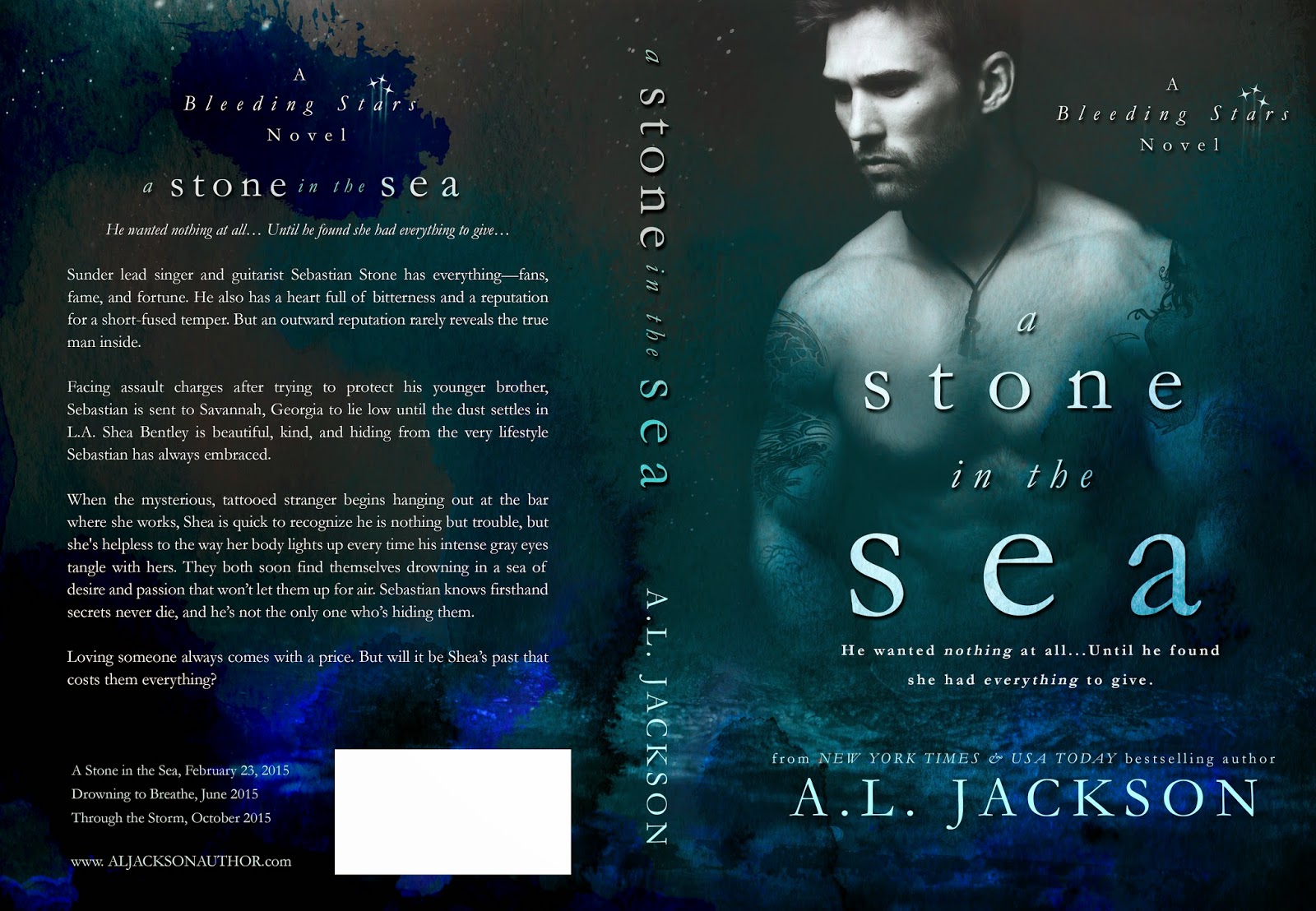 
Shea Bentley is beautiful, kind, and hiding from the very lifestyle Sebastian has always embraced.

Sebastian knows firsthand secrets never die, and he’s not the only one who’s hiding them.

Get a first look at A Stone in the Sea with Chapter 1 & 2 revealed on these blogs:

Give Me Books Blog

Nose Stuck in A Book

A.L. Jackson is the New York Times bestselling author of Take This Regret and Lost to You, as well as other contemporary romance titles, including If Forever Comes, Pulled and When We Collide, as well as the New Adult Romance Come To Me Quietly due out January 7, 2014.

She first found a love for writing during her days as a young mother and college student. She filled the journals she carried with short stories and poems used as an emotional outlet for the difficulties and joys she found in day-to-day life.

Years later, she shared a short story she’d been working on with her two closest friends and, with their encouragement, this story became her first full length novel. A.L. now spends her days writing in Southern Arizona where she lives with her husband and three children. Her favorite pastime is spending time with the ones she loves.

Email ThisBlogThis!Share to TwitterShare to FacebookShare to Pinterest
Labels: A Stone in the Sea, A.L. Jackson, Cover Reveal, Giveaway