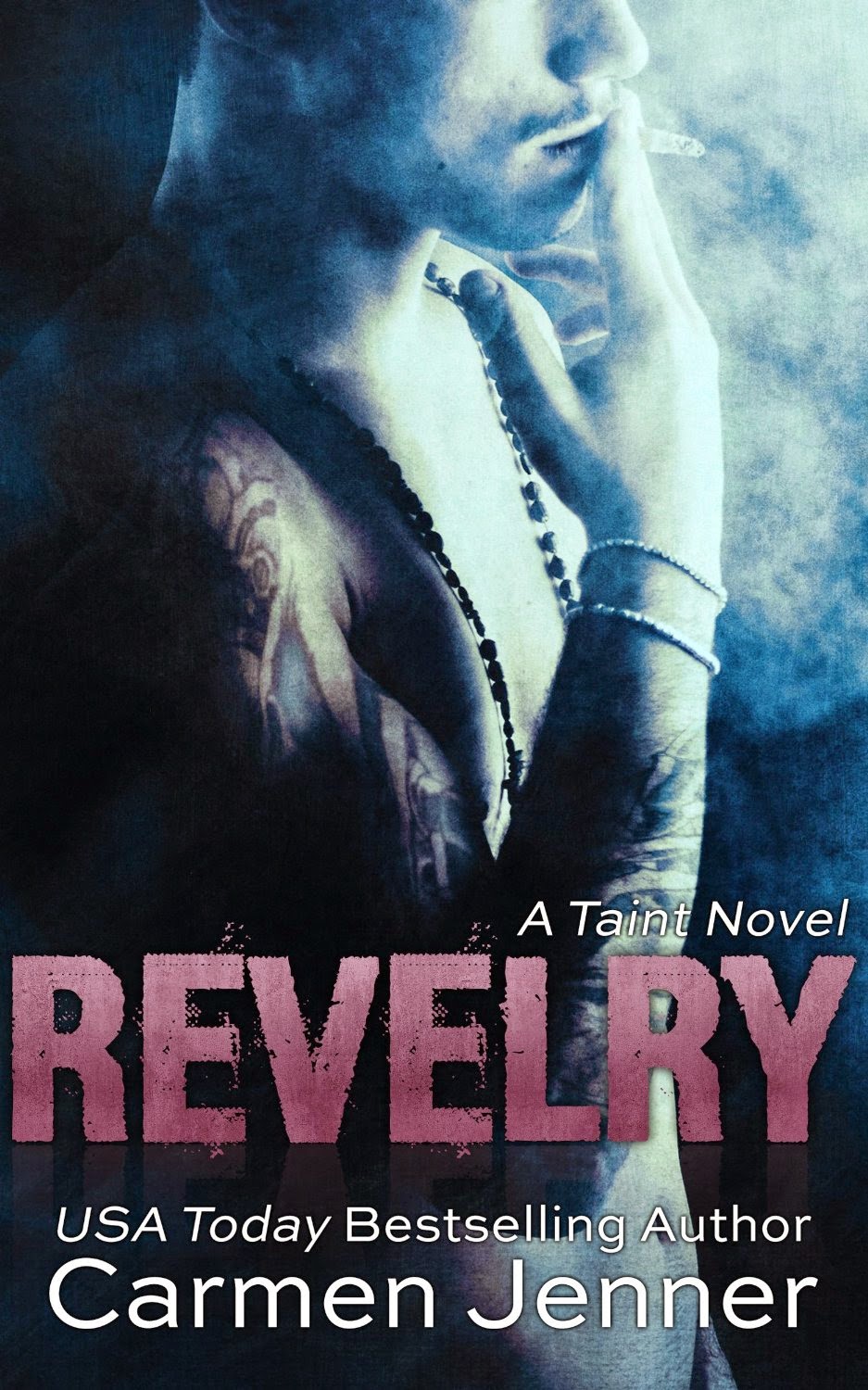 My vision is partly obstructed by Ali, but the sight of her head bobbing as she takes him in her mouth is all I need to know what’s going on. Levi meets my gaze across the limo. There’s gloating there—that much is obvious—but there’s also understanding. When you spend as much time together as we do, you come to know your bandmates pretty well. For all his talk, he’s not as big of a douche as he claims to be. He may not ever sleep with the same woman more than once—with the exception of Ali, I guess—but I know he’s not immune to the loneliness our lifestyle creates. It’s strange how you can be adored by millions and yet completely alone all at the same time.
He slides his hand into her hair and closes his eyes, throwing his head back against the seat.
“Fuck, fuck, fuck, fuck,” he whispers, and then he gathers her hair to the side and shifts her body so that my view is completely unobstructed. I watch as she works her hands up his shaft in time with her mouth. He doesn’t attempt to fuck the back of her throat and make her choke on it, the way we both had that first night we fucked her. Instead, his touch is gentle. Reverent.
It makes me crazy, and hot as fucking hell. I shift uncomfortably, adjusting my cock within my jeans. I don’t make a move towards them, though I want to. I want to bury myself inside her and mark her as mine, but at this point the lines are so fucking blurred it doesn’t matter whom she belongs to. Him. Me. The both of us, or neither one.
I lean forward, taking a glass from the shelf and a crystal decanter filled with amber liquor, and I pour myself a drink, and then I slide back into the leather to watch.
“Play with yourself, Red,” he whispers.
“No.”
“Do it,” I say, and she turns around to glare at me. I can’t tell if she’s disappointed I’m not joining in, or if she forgot I was even here.
“I don’t want—”
“Why are you suddenly so embarrassed?” I say sharply, swigging back more of the scotch than I should.
“I’m not embarrassed. I’d actually rather that you joined in.”
“I’m watching,” I say, eyeing her coolly over my glass. She scowls at me a moment and then she kneels up, steadying herself with one hand on Levi’s thigh. She wriggles her skirt up over her hips and bends over. Everything is on display as she takes him in her mouth again. I close my eyes, not wanting to watch her on her knees in front of him, her head bent low, her full fuck-me lips wrapped around Levi’s cock. I feel as if I’m on a ride that’s spinning out of control and I can’t find a way off. I can’t make it stop. And I so badly want it to stop.
~AUTHOR BIO~

A tattoo enthusiast, hardcore MAC addict and zombie fangirl, Carmen lives on the sunny north coast of New South Wales, Australia, where she spends her time indoors wrangling her two wildling children, a dog named Pikelet, and her very own man-child. A romantic at heart, Carmen strives to give her characters the HEA they deserve, but not before ruining their lives completely first … because what’s a happily ever after without a little torture?
~Author Links~
WEBSITE
FACEBOOK
TWITTER
GOODREADS
TSU
~Giveaway~
a Rafflecopter giveaway
Posted by All Is Read at 12:00 PM