When we first met, we were both lost. It was written in our eyes when we first saw each other. My past haunted me, your present haunted you. I could see that you were aching, yet trying to bury the pain deep down so that no one would know, but it was there. I saw it. I saw you.
I thought you needed me to swoop in and save the day; to be your hero, your knight in shining armor that would ride in and rescue you from the torment. And something inside drove me to a place I'd never been before. A place where it didn't matter how stacked the odds were, because nothing would stand between us. Nothing would stand in the way of me being the savior you needed me to be, and I'd go to hell and back to protect you. I thought you needed me, but I was wrong.
It's me who needs you. I need your heart next to mine in order to get over what I've been through, and to push through the obstacles that are in our way now. It won't be easy. It'll be the hardest thing either of us has ever had to endure, but as long as we make it through together, it'll all be worth it, because you're worth every bit of the struggle. It's because of you that I can stare death in the face and not feel the slightest hint of fear. You make it all okay. You're worth it. You’re worth saving.

“The story itself was amazing. Both Layla and Austin's story hit home for me. Layla was so brave. She fought her way out of one hell into another.” ~ My Girlfriends Nook Korner

“The characters are real and it’s easy to see their pain. Click it up friends if you want a brutal love story along with a story of survival. It’s good. Give it a chance! Everyone is worth saving.” ~ Ramblings From Beneath The Sheets 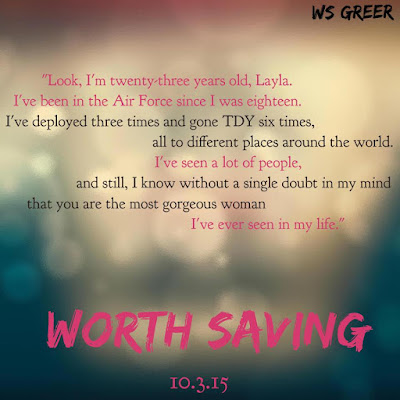 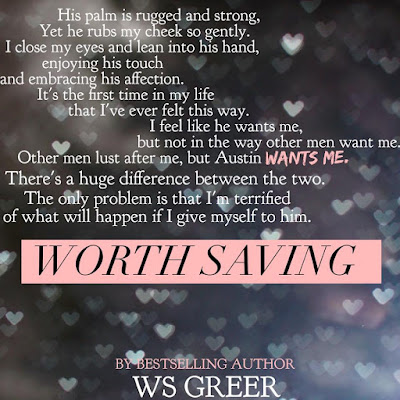 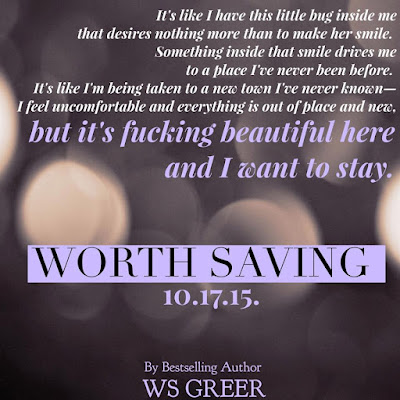 WS Greer is a multi-genre author, and an active duty military member with the US Air Force. He’s been serving his country since 2004, and has been an author since his debut novel, Frozen Secrets, was released in 2013.
WS was born to military parents in San Antonio, Texas, and bounced around as a child, from Okinawa, Japan, to Florida, to New Mexico, where he met his high school sweetheart, who’d become his wife in 2003. Together, the two of them have two wonderful children, and are currently living overseas on the tiny island of Guam. WS has tackled different genres throughout his writing career. From suspense with his debut novel Frozen Secrets, to erotic suspense with his bestselling Carter trilogy and Defending Her, and now contemporary romance with Worth Saving. As a reader, WS usually prefers the drama of suspense, but as a writer, he’s branched out and is doing his best to reach a wide audience and a plethora of readers. WS loves connecting with his fans and readers, and does so whenever he gets the chance, and he would love to hear from you. You can find him on his personal blog, Facebook, Twitter, and Instagram. Stay tuned, there’s more great stories coming from WS Greer! 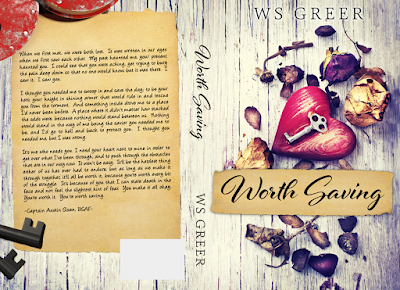