Fate took Cassandra down a path she never expected. Then a small town in Colorado gave her exactly what she needed—until tragedy left her heartbroken and devastated. Alone with only her child and her memories, Cassie struggled to put her life back together, one day at a time, piece by piece. Finding love again was something she never thought possible. That was, until she ran into an unlikely stranger who flipped her entire world on its axis. Aidan had a secret locked away in his heart; one that would surely send Cassie running the second she discovered it. He held onto her closely and kept his secret guarded, but one careless mistake could reveal all. Their friendship was strong, their moments beautiful, and the love that brewed between them intense—something neither denied. The only problem? Cassie was slowly letting him into her life. Could she let herself get close to the one person she didn’t think she should? Her mind tells her to run, but her heart tells her to stay.

Excerpt
Chapter 1 – One Year Ago
Dan
My hand shot left and landed on the alarm clock, silencing its incessant beeping. There was no point even setting it. I’d been awake for hours, anyway, but inside my nerves were having a hay day. Heartbeats thudded against my chest as I sucked in deep breaths trying to calm myself.
“Fuck it,” I muttered, kicking my heavy comforter off.
I swung my legs over the edge of the bed and ran a hand through my messy morning hair. My eyes traveled to the phone on my nightstand. I picked it up, sent a quick message to my brother, then tossed it beside me on the bed and made my way to the kitchen in nothing but my boxers. After dumping coffee grinds into the maker and setting the machine to brew, I braced my arms against the white countertop and stared down mindlessly while I waited. Your brain knew when something was important. It wouldn’t let you think of anything else. It was all-consuming. Today, it might just be the death of me.
I filled my lucky Denver Bronco’s mug and paced my way through the house. Wearing a path in the floor was the only thing slowing my thoughts. I downed a few sips and stopped in front of a tall bookshelf. A covered box containing all my letters from Jase was nestled there.
It had started out as a joke, but neither of us could stop writing. I told him I had a mailbox at college and then every week I had a letter waiting for me. And every week I’d write him back. I saved them all. His latest had me smiling hard. He was happy. Really happy—thanks to her. I needed to meet that girl. My eyes caught a glimpse of the clock; it was nearly time.
I took a shower and slipped on a pair of worn jeans, a plain tee, and my Nikes. Sucking in a deep breath, I grabbed my keys and left, bracing myself for the day ahead.
I was only an hour into my drive when the red engine light caught my eye. It came on every once in a while, so I pushed it to the back of my mind. My foot pressed a little harder on the gas pedal. As the needle on the speedometer crept higher, a new light on the dashboard lit up. And then it happened—my car started to shut down. “Fuck.” I banged my fist at the wheel as the car slowed. But no amount of banging or cursing helped. I veered to the shoulder of the highway, dodging car after car. Finally, the piece of crap stopped dead.
“No, no, no. Don’t do this to me now.” I pounded the steering wheel again, ready to beat it to death. “Not today. Damn it!” I reached for my phone in the cup holder, dialed the number for Triple A, and within minutes the rep said a tow truck would be on its way. Estimated time of forty-five minutes. Great.
It was too important of a day to be starting out like this. I only prayed things turned around.

I’ve had to rewrite this review 3 times already because without realizing it I kept typing spoiler after spoiler….. With that being said I have decided to keep this as short and sweet as possible.

This is the second book in the Keaton series and let me just say the first book, Away left me a big ball of emotions. Once I finished it I was happy to have Stay sitting on my Kindle waving at me, beckoning me to come back into Cassie’s world. So without any further thought on the matter I grabbed a glass of wine and hopped back in.

Oh this book…. It was just what I needed!  It is beautifully written, an emotional second chance at a life you are unknowingly destined for. Once I started just like its predecessor I could not put it down, I honestly felt like I was a character in this story even just standing on the wayside watching it all play out.  The emotion that is tied up into this series is both exhilarating and heart breaking at times, but all in all the healing that takes place is just perfect and exactly what these characters needed.

This is B.A. Wolfe’s second book and I hope she decides to stick around for quite a while because I will be scarfing up anything she writes just as quick as she can hit the publish button!! Hmm I do hope Melanie and Moose end up getting a book…. Hint hint!

The first book in the Keaton Chronicles Away is on SALE for .99 Cents during Stay Book Tour.

Buy Away by B.A. Wolfe 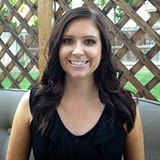 B.A. Wolfe is a girl with a passion for reading and writing, and lives in the good ol’ state of Colorado with her husband (her biggest cheerleader), and her two crazy min pin fur babies. These days, her life is anything but calm, and there isn’t one thing she’d want to change. B.A. spends all her free time either furiously typing stories on her laptop or happily reading through her endless T BR on her Kindle. Her list of favorites would be long enough to fill a book, but most would likely fall under the romance category. She is a sucker for a good love story that makes her cry, and an amazing book boyfriend who will melt her heart. ‘Away’ is B.A. Wolfe’s debut novel.