After the last fourteen years of surviving as a walking, talking, living doll, Laura feels dead inside.

She has sacrificed everything for her family, marrying a man she could never love. Her husband doesn’t beat her, doesn’t berate her. He transforms her, forcing her to live as a stand-in for his long dead wife. She stays silent as piece after piece of herself disappears, willing to do anything to protect the people she loves.

When his demands go too far, she finally tells her brother the ugly truth.

Wanting to protect her without putting the rest of their family at risk, he sends her to the one place he knows she’ll be safe. He places her into the hands of his best friend, Vice President of the Savage Outlaws MC.

Once again, she is transformed into someone new; Shay.

Bowie has spent many nights dreaming about his best friend’s little sister. The reality is so much sweeter than his dreams. He wants to be more for Shay, needs to protect her, but he’s not sure if he knows how.

Can an Outlaw show her how beautiful life should be? 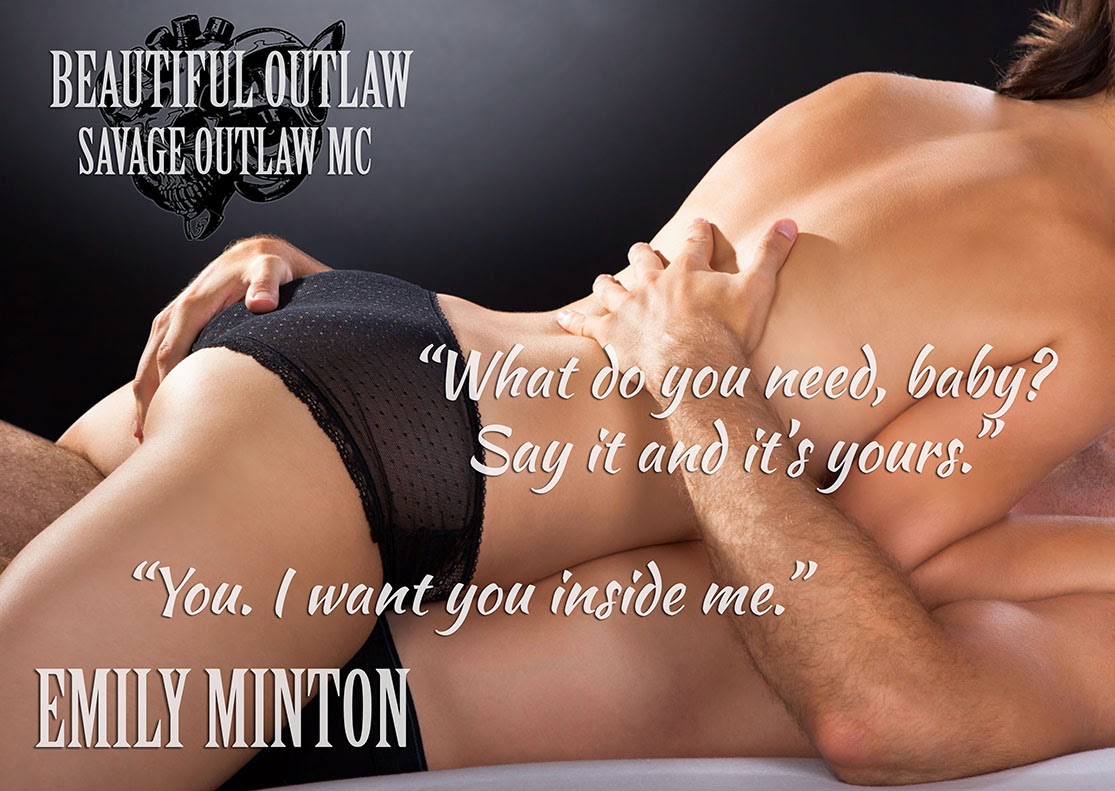 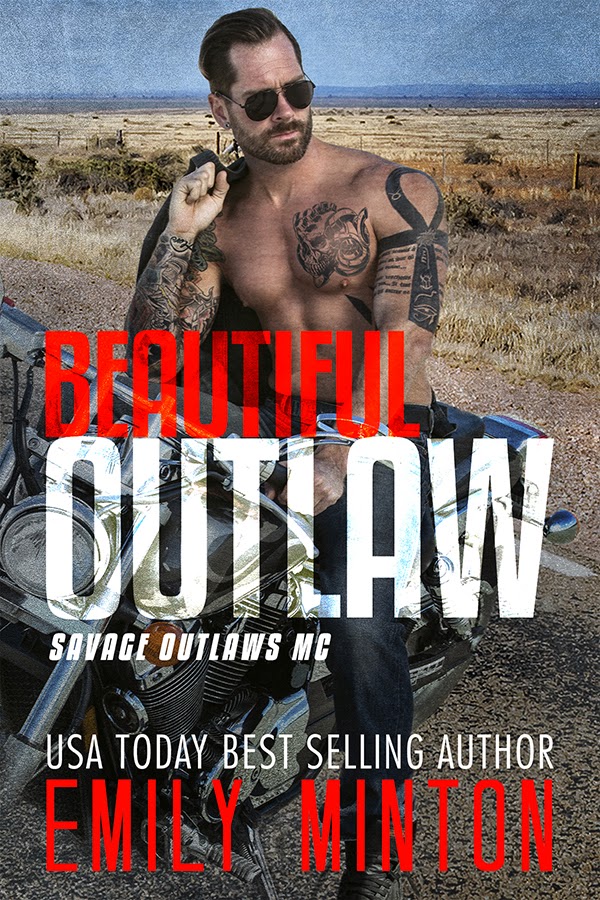 I push Shay in front of my body. She tries to pull away, but I tighten my grip and lean down to whisper in her ear. “Don’t move.”
My voice has her shaking; her fear is so strong that I swear I can taste it, but this shit has to be done. Putting my hand under her chin and lifting her eyes to the crowd. I run my other hand up to cup her breast, making sure the boys get my point, as I start to talk. “Take a good look, brothers. This here is mine. If I even hear of one of you laying a finger on her, I will fuckin’ kill you.”
A few hoots and hollers fill the room, but I ignore them. I look around, just to be sure everyone understands. “I claim her as my property. She’s my Old Lady. Stay the fuck away from her.”
With that, I lower my hand from her face and place it on her arm. I pull her along as I make my way to my room. As soon as I step inside, I slam the door. Looking down at her, I lay out the rules. “Never fight me in front of those boys, and I mean fuckin’ ever. If you don’t like what I do, tell me when we’re alone. Throw all the sass you want behind closed doors, but never show anything but complete respect in front of them.”
Her face is hard. Instead of the tears I expected to see, her eyes are burning with anger. “So, I can say whatever I want right now?”
Her voice comes out in a hiss, as she crosses her arms. Every inch of her is vibrating with fury, and she looks hot as hell. I nod, trying not to crack a smile. “Yeah, any fuckin’ thing you want.”
She lifts a hand, point a finger at my chest. “Next time you decide to treat me like a piece of meat, give me a little warning. Tell me you’re about to parade me in front of a bunch of bikers and let them look their fill. Don’t scare the hell out of me like that.”
“Is that all?” I ask, still working to keep my laughter in check.
She moves forward, her finger now poking me. “I’ll treat you with respect, but you are going to do the same for me. I’ll play your little lap dog in front of your friends, but you better not do something like that to me ever again. If you do, I’ll be out of here and back at Nina’s before you can even blink an eye.”
The humor of the moment dies a fast death, and I reach down and grab her. Walking her back to the bed, I push her down and climb over her. As I cage her body below mine, I start to speak. “Never fuckin’ threaten me again. You’re not going to Nina’s or any damn where else. You’re mine, and you better never forget it.” 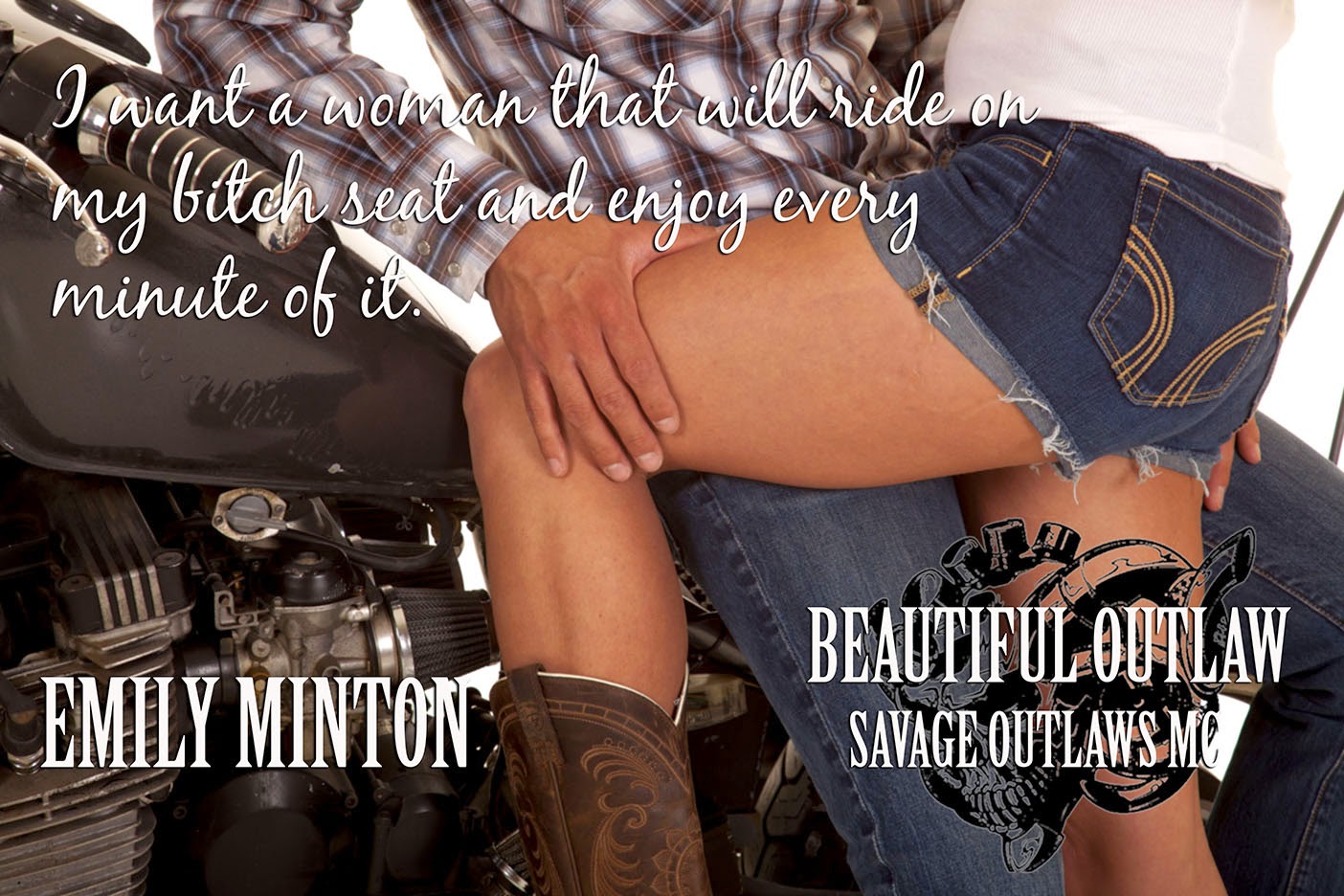 This is the first book in a new series by Emily Minton and I must say so far so awesome!!

This review is going to be kept on the short side because I don’t want to accidentally drop any spoilers. Laura has been married for the last 10 years, having been manipulated into the marriage to ensure the safety of her family, has finally had enough and explains everything to her brother Jeremy who helps her escape from her psychotic husband.

For her protection she is sent to stay with his best friend Bowie who is the VP of the Savage Outlaws MC. Bowie always heard stories about Laura from Jeremy and has been interested in her since but the ice princess that steps off the bus is NOT what he remembered hearing about.  Bowie leaves Laura who is now known as Shay at his Mother’s house and plans to check in on her from time to time but things change after a few weeks. Will Bowie end up with Shay in his arms and beyond? Do they really have a chance? You are going to have to snag a copy of this book for the answers!!!


This in my opinion was another hit for Emily, I have read her other books and they are also fantastic! I loved the characters in this book and the way the story flowed around them and there were times I found myself on the edge of my seat. The ending was a huge WOW and I’m definitely looking forward to the next books in the series.

This book gets 5 beautiful stars! 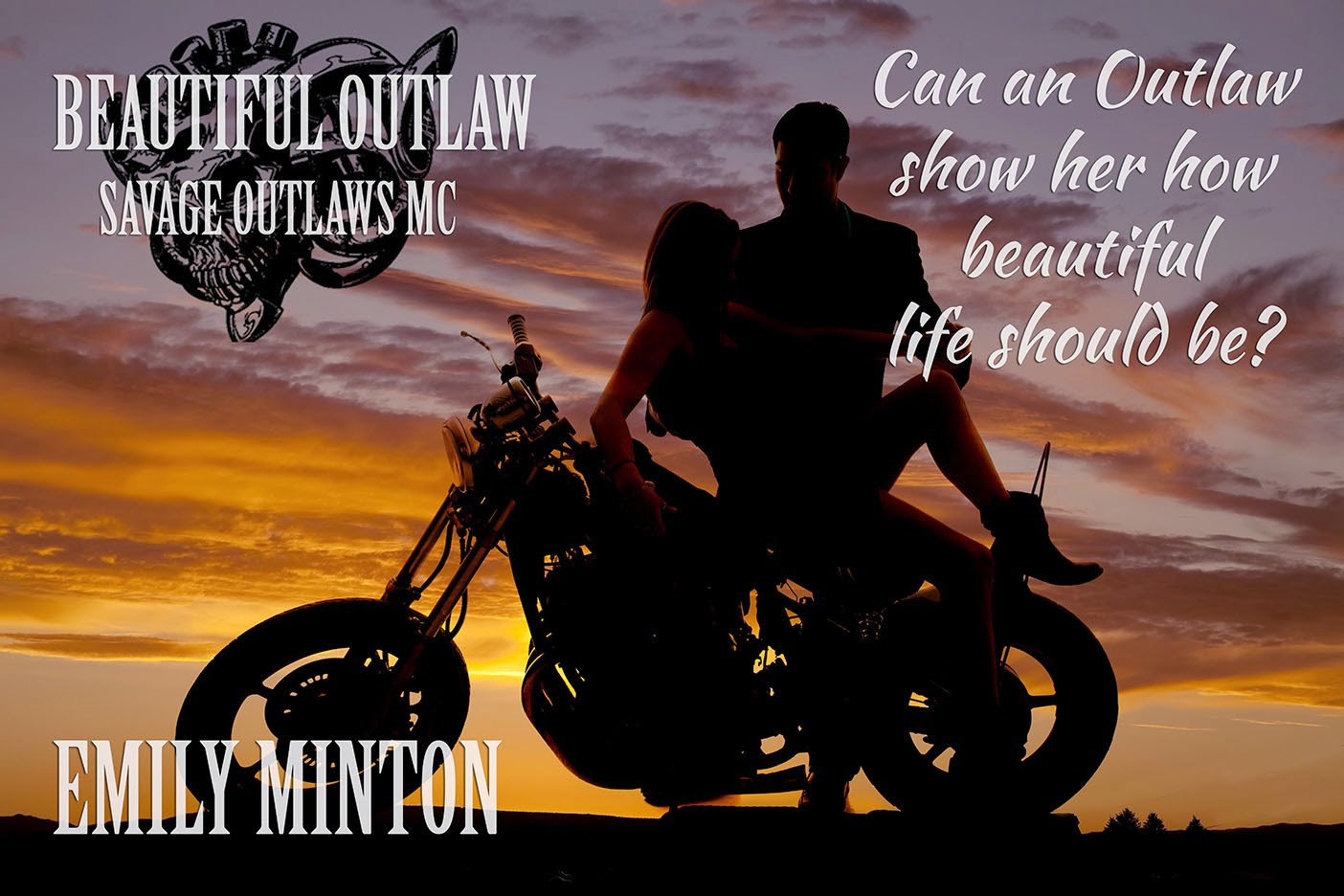 USA Today Best Selling Author, Emily Minton is a Kentucky native. She claims she bleeds blue--Wildcat Blue! Emily loves to read, and this love of the written word led to her writing career. 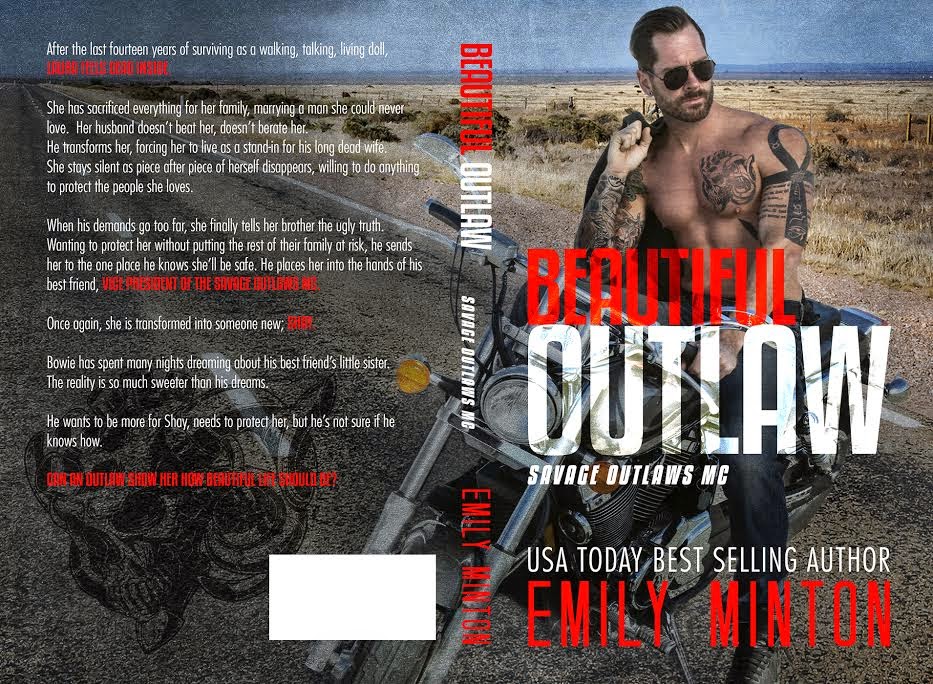