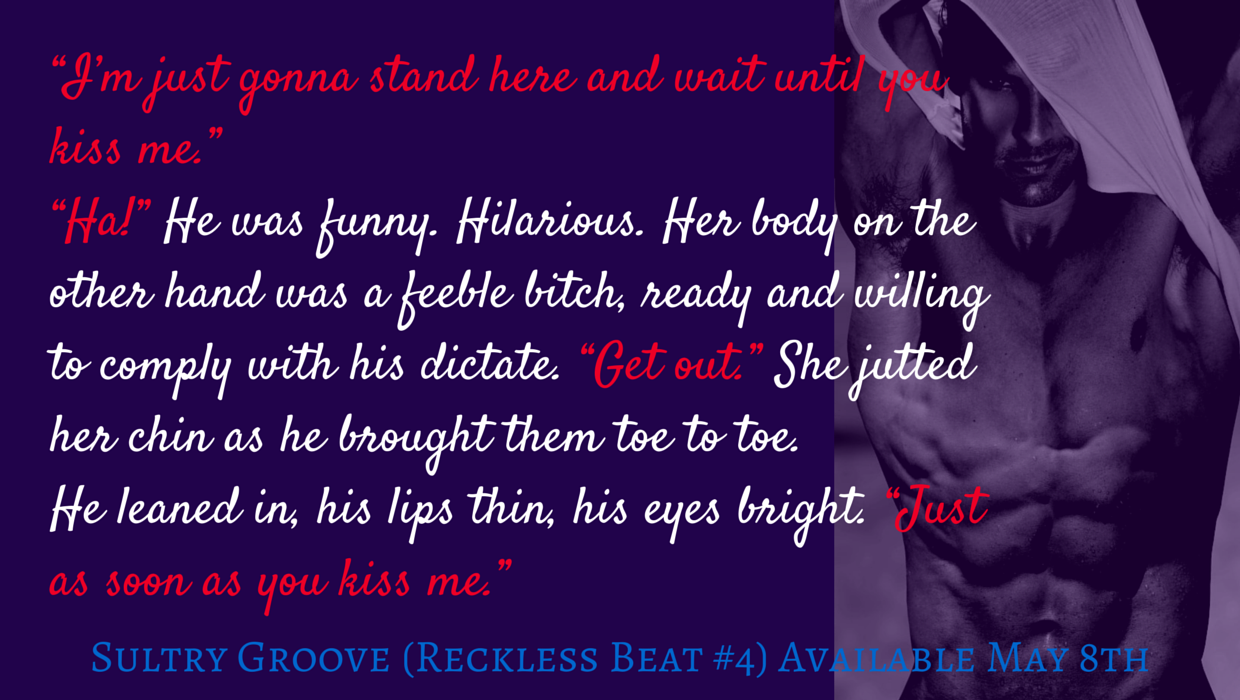 Blurb
He wants the world and the admiration of everyone in it.
Sean Taiden, the inconspicuous drummer of Reckless Beat, is sick of living in the shadows of his bandmates’ success. He’ll do anything to gain the recognition he deserves. Even if it means dancing in a music video to the Reckless track that drives a knife into his broken heart whenever he hears it. The saving grace is the tempting choreographer who may be the one person able to distract him from the agony his life has become.

Sean has been hiding in the background or so it seems to him, not only is his head in a bad place but he’s also angry with the direction his career doesn’t seem to be going in. He is struggling with the feelings he has for his best friend’s fiancé and is trying to be happy for him.  Melody is trying to find her way once her dance career comes to crashing halt. She is hiding away from the world and her feelings after having to make some serious changes in her life but keeps her pain tucked away from everyone.
Melody ends up becoming Sean’s dance instructor for Reckless Beat’s next music video and he becomes smitten with the little red headed pixie. They are attracted to each other and you just know that once they give in to each other it’s going to be explosive! They are both stubborn and keep pushing each other away and I just wanted to smack them both at times and tell them to stop putting up walls around themselves and take a chance. To find out what happens with Sean and Melody and if they both finally get the happily ever after they both deserve you need to go grab a copy of Sultry Groove!!


I love the way Eden Summers writes these characters!!! The interactions between the band and just everyone flows smoothly and keeps you on your toes. I have been reading these books since the series started and have always been curious about Sean so I was thrilled to be able to read his story, and it definitely didn’t disappoint! I am giving this book 5 smoking stars and can’t wait for Ryan’s story!!

About the Author
Eden Summers is a true blue Aussie, living in regional New South Wales with her two energetic young boys and a quick witted husband. 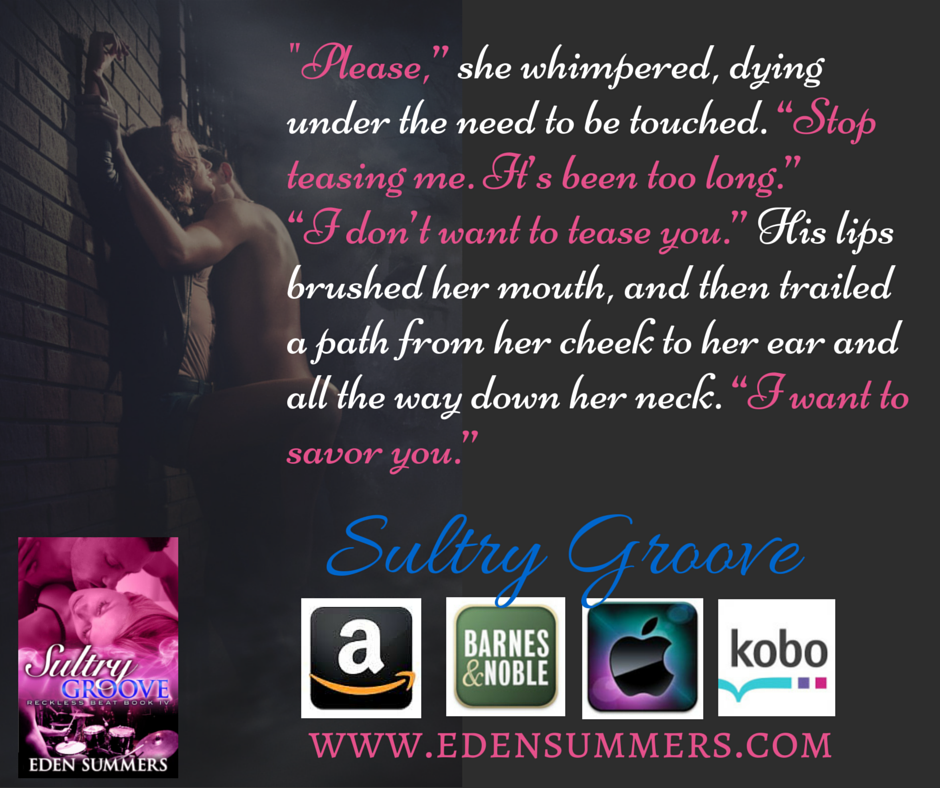