ABOUT EASY CHARM:
Gabrielle Boudreaux, the youngest of the Boudreaux clan, is a single mother of her young son, Sam. Running a Bed and Breakfast at the family plantation house at the edge of the Mississippi River, Gabby loves her inn, her boy and her family. She meets new people every day, and takes pride in the house and land that has been in her family for more than five generations. Blessed beyond measure, she’s also lonely, although she would never admit that to anyone. Until Rhys O’Shaughnessy walks through her door, brooding and wounded and the sexiest thing she’s ever laid eyes on. Rhys has been at the top of his game as a major league pitcher for the Chicago Cubs for more than ten years. Baseball is in his blood. But when he tears his rotator cuff and has to sit a season out, he retreats to Inn Boudreaux at the recommendation of his cousin, Kate, to heal and work toward building his shoulder back to perfect shape with only one goal in mind: to return to the game he loves. But he didn’t plan on being utterly charmed by a devastatingly beautiful woman and her baseball-loving son. When Rhys’ shoulder has healed and he’s given the chance to return to his team, will he leave the family he’s come to love behind, or will he stay with Gabby and Sam?

EXCERPT
“Good, but you should have called me,” Eli says, then sighs when Rhys kisses my hand. “Are you going to continue to touch my sister for all of us to see?”
“Yes,” Rhys replies simply, making Kate grin.
“I’m not sure how I feel about this,” Eli says.
“You don’t have to feel any way about it,” I reply in frustration. “I’m a grown-ass woman.”
“It’s my job to protect you,” Eli says, as if I’m being difficult.
“But it’s not your job to be an ass,” Kate says, but softens the blow by kissing his cheek. “It’s Rhys. You know him. And they’re cute together.”
“Hurt her, and—”
“Seriously,” I interrupt, not wanting to hear the hurt her and I’ll kill you speech. “We’re fine.”
“I get it,” Rhys says to Eli. “I feel the same about Kate; you know that. We’ve had that conversation. I almost decked you when you showed up in Denver.”
Eli sits back in his chair, and his eyes calm a bit, but he looks no less foreboding.
“Don’t make me regret trusting you,” Eli says calmly, just as our meals are delivered.
“Back at you,” Rhys replies with a cold smile. Kate catches my eye, and we both sigh, and shrug as if to say, what can you do? They love us. They’re worried about us.
Damn it, sometimes they’re idiots.
But lunch is delicious.
“Beau said this morning that you need a new dishwasher,” Eli says.
“I do. I’ll find time to pick one out in the next few days.”
“Just come to the office with me after lunch and sign off on one, and I’ll have it delivered. It’s your inn, but damn it, we can help with that shit. You’re busy enough.”
“Too busy,” Kate agrees.
“I think I’m going to hire some help,” I reply. “Rhys might have talked me into it.”
Eli’s eyebrow shoots up in surprise. “We’ve been trying to talk you into it for over a year.”
“I didn’t need it a year ago.” I shrug and twirl a long string of cheese around my fork. “But I’m much busier now, and Sam is getting more involved in things, so it’s time to have some help.”
“I’ll take care of it,” Eli says, as if there is no room for argument, and I simply laugh at him.
“No, you won’t.”
“Gabby, I have a whole HR staff that can easily find someone qualified to help you.”
“I’m perfectly capable of finding someone to help me,” I reply. “You run your business, and I’ll run mine, big brother.”
He sits back in his hair and tilts his handsome head, watching me. “Okay. You handle it.”
“I will.” I nod once and sip my Coke. “I wonder if I should specify in the ad that felons aren’t welcome to apply.”
“Gabby, let me handle this!” Eli exclaims, and I can’t help but dissolve in a fit of giggles.
“I’m teasing. It sure is fun to get you all riled up.”
“Most wouldn’t dare,” Kate says good-naturedly. “I wonder what people would say if they knew that he’s nothing but a big softie.”
“I will take you over my knee, Kate,” he murmurs to her, and Rhys tenses up beside me, but Kate just laughs and leans her head on Eli’s shoulder.
“Right. Except you have this thing against spanking me, so I don’t think that’ll happen.”
Eli’s lips twitch as he buries them in Kate’s hair and kisses her head.
“I don’t mind being spanked,” I add and eat a chip loaded with cheese and beans, just as Eli’s eyes go cold again, pinned on Rhys, who simply laughs beside me.
“I don’t need to know this,” Eli growls.
“It’s not like he leaves marks. Well, they don’t stay for long.”
Kate is laughing like a loon into her hand, Rhys is smiling widely, and Eli looks like he’s about to spit nails.
Or spank me himself.

And don’t forget to grab the first book in the Boudreaux Series!

About KRISTEN PROBY
New York Times and USA Today Bestselling Author Kristen Proby is the author of the popular With Me in Seattle series. She has a passion for a good love story and strong characters who love humor and have a strong sense of loyalty and family. Her men are the alpha type—fiercely protective and a bit bossy—and her ladies are fun, strong, and not afraid to stand up for themselves. Kristen spends her days with her muse in the Pacific Northwest. She enjoys coffee, chocolate, and sunshine. And naps. Visit her at KristenProby.com. 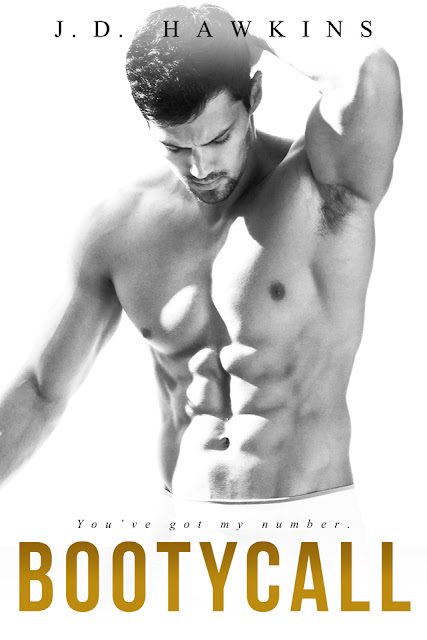 When you're the prince of Hollywood, and everyone wants a piece of the action. I’ve got paparazzi stalking my every move, and supermodels lined up to spread their legs for a shot at fame. But this girl is different. She’s been hired by the studio to keep me in line. One wrong move, and my comeback is going up in smoke.

I should keep my distance, but I’ve never played by the rules.
I’m going to show her just how good a bad boy can be. 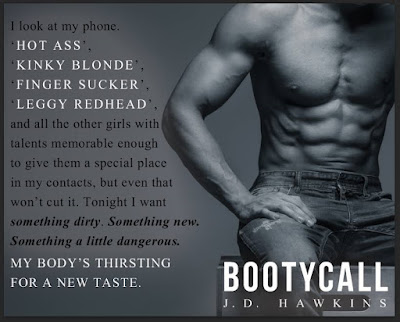 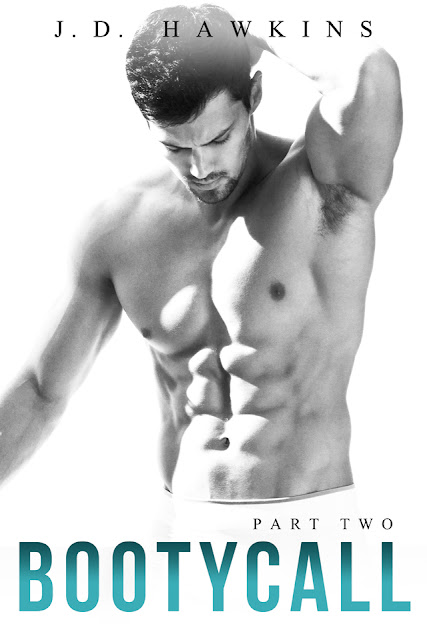 Everything’s riding on my comeback, but suddenly, Hollywood is the last thing on my mind.
Gemma Clark was supposed to keep me out of trouble, but now I’m in way over my head. What we have is real — too real. It’s just a matter of time before it all comes crashing down.

I need to face my demons, but what happens when she discovers the truth?

**Each book in the series can be read as a standalone**

I come from a family of fighters. I always thought I’d follow in their shadows, becoming unstoppable in the ring. That changed the day I saved the life of a woman I loved, but could never have.
My brother hailed me as a hero, and my reward was a wheelchair.
Paralyzed, my life became an inescapable nightmare.
Until I met her.
Ash Mabie had a heart-stopping smile and a laugh that numbed the rage and resentment brewing inside of me. She showed me that even the darkest night still had stars, and it didn’t matter one bit that you had to lie in the weeds to see them.
I was a jaded asshole who fell for a girl with a knack for running away. I couldn’t even walk but I would have spent a lifetime chasing her.
Now, I’m on the ropes during the toughest battles of my life.
Fighting the shadows of our past.
Fighting to reclaim my future.
Fighting for her.

Chapter One
Flint
I remembered it all.
I heard the gun.
I felt the bullet.
I saw her fall.
In less than a second, my life as I knew it was over.
But, unquestionably, I would do it all over again.
For her.

There’s something about these Page men that I can’t get enough of! Continuing the Page family saga, Fighting Shadows is Flint’s story. Three brothers who grew up in the boxing world, who use that world as their own. The middle Page brother, Flint, who has done the one selfless act that has possibly rewritten the Page brothers’ destiny forever, and in the process put himself on a path he was not expecting.

Aly Martinez. I just love how well she writes a story. I always start reading and find myself not moving or not wanting to move until I hit those 2 little words “THE END.” She is in complete control of your feelings. With the tragic events Fighting Shadows centers on Aly leads her readers on a fine line of devastation and when as a reader you find yourself about to be consumed within the angst she throws a little comic relief, a snarkiness to lift your heavy heart, then she puts you back in the story where she wants you to be; to feel.  Fighting Shadows is about overcoming what you think is your shortcomings but really it’s your strength. The power and drive to defeat what you think holds you back from living your life.  Flint Page has always loved his family and did whatever he could to protect them. Even taking a bullet for them, especially when it comes to Eliza. But when Flint has Ash Mabie dive into his live, quite literally, he comes to know what real love is and with way too many obstacles in the way who knows if Flint and Ash will even work out.

Fighting Shadows makes you smile through the pain of Flint Page while being completely content with how the story ends; only to give the segue into the youngest brother, Quarry Page’s story. I for one can’t wait for his story in Fighting Solitude.
Thank you for giving me an advanced readers copy in exchange for my honest experience and I continue to look forward to more from Aly Martinez and would definitely recommend everyone to read her.

Born and raised in Savannah, Georgia, Aly Martinez is a stay-at-home mom to four crazy kids under the age of five, including a set of twins. Currently living in South Carolina, she passes what little free time she has reading anything and everything she can get her hands on, preferably with a glass of wine at her side.
After some encouragement from her friends, Aly decided to add “Author” to her ever-growing list of job titles. Five books later, she shows no signs of slowing. So grab a glass of Chardonnay, or a bottle if you’re hanging out with Aly, and join her aboard the crazy train she calls life.
Website | Facebook | Twitter | Goodreads