DEAR BRIDGET, I WANT YOU is the next standalone Contemporary Romance Novel from this sensational duo releasing on September 18, 2017!

Dear Bridget, I’m writing this letter because it’s highly doubtful I’ll ever garner the courage to say this to your face. So, here goes. We’re totally wrong for each other. You’re the proper single mum with a good head on your shoulders. I’m just the carefree British doctor passing through town and temporarily living in your converted garage until I head back to England. But here’s the thing… for some bloody reason, I can’t stop thinking about you in very inappropriate ways. I want you. The only reason I’m even admitting all of this to you right now is because I don’t believe it’s one-sided. I notice your eyes when you look at me, too. And as crass as I appear when we’re joking around about sex, my attraction to you is not a joke. So, what’s the purpose of this note? I guess it’s a reminder that we’re adults, that sex is healthy and natural, and that you can find me just through the door past the kitchen. More specifically, it’s to let you know that I’m leaving said door cracked open from now on in case you’d like to visit me in the middle of the night sometime. No questions asked. Think about it. Or don’t. Whatever you choose. It’s doubtful I’ll even end up sliding this letter under your door anyway. --Simon

**No Amazon ebook preorder. Will go live on Amazon on release day.

Penelope Ward is a New York Times, USA Today, and #1 Wall Street Journal Bestselling author of thirteen novels. With over a million books sold, her titles have placed on the New York Times Bestseller list fifteen times. She is the proud mother of a beautiful 12-year-old girl with autism (the inspiration for the character Callie in Gemini) and a 10-year-old boy. Penelope, her husband, and kids reside in Rhode Island.   Connect with Penelope Ward Facebook Fan Group | Facebook | Website |Twitter | Instagram

Vi Keeland is a #1 New York Times Bestselling author. With more than a million books sold, her titles have appeared in over fifty Bestseller lists and are currently translated in twelve languages. She resides in New York with her husband and their three children where she is living out her own happily ever after with the boy she met at age six.   Website | Facebook Fan Group | Facebook | Twitter | Instagram

Other books from Vi Keeland:

Other books from Penelope Ward:

Sneak Peak into the next release from Olivia Evans!! #romance #suspense #TBR

We are so excited to give you a sneak peek into FLUTTER, an all-new romantic/suspense standalone from Olivia Evans #ComingJuly24th 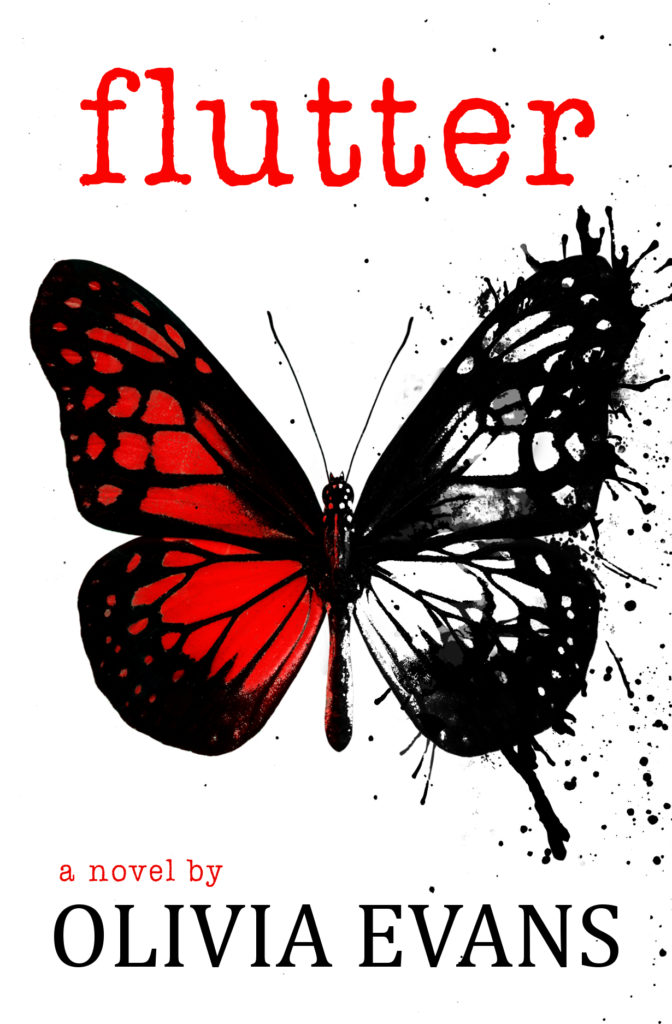 Dylan Walker has spent six years trying to move on from the loss of his girlfriend, Presley Cooper. Motivated by grief and the desire to do for others what he couldn’t do for her, he burns the candle at both ends to make it through medical school. After graduation he moves west, putting as much distance as possible between his past and his present.
Or so he thought.
Unknowingly, Dylan has been set on a path that will destroy everything he thought he knew. All the pain, all the grief, was all for nothing. With the help of an unexpected ally, Dylan must find the answers and save the girl he loves before it’s too late.
Deceit.
Betrayal.
Revenge.
A second chance at love.
But first, he must find a way to make her remember her past. Remember him. Remember everything.

Tears filled Presley’s eyes, and her face reddened. “God, my father’s an asshole.” Dylan nodded. “He is. But we just have to get through the rest of this year, then he’ll no longer have a say about anything. If I could, I’d move you in with me now, but as cool as my family is, they do have their limits. Shacking up isn’t something they’re too keen on. Once we graduate and I get my trust, it won’t matter what he says. I’ll take care of you.” Presley swiped under her eye and shook her head. “Don’t be ridiculous. I’d never ask you to take care of me. I could get a job or something.” Dylan laughed and lifted his hands, cupping her face. “You never would have to ask me to take care of you. Don’t you get it? I want to. I want to do it for the rest of our lives. I know we’re young. We’re going to fight and scream and say hurtful things to each other. But, Presley, I’m not being naïve when I say you’re the only girl for me. I feel you in every part of me. You’re all I’ll ever want. I love you.” Presley nodded and sighed. “Please don’t ever stop romancing the shit out of me. I really fucking love it. I love the butterflies you give me.” “Speaking of butterflies,” Dylan said, reaching into his pocket. “I got you something. It was supposed to be for Valentine’s Day, but after the last twenty-four hours, I thought you could use something to cheer you up. “You cheer me up,” Presley argued with a smile. “Just open it,” he whispered, placing the small blue box in her hand. “What have you done?” she asked, pulling off the lid. A gasp left her lips as her fingers trailed over the necklace inside. “Dylan…” He pulled it from the box, the red and black stones fitted inside the butterfly charm glinting in the early morning sun. “Turn around,” he murmured. Clasping the chain around her neck, he moved in front of her and smiled. “It looks perfect.” Presley nodded, her eyes glassy. “You really do make everything flutter.” 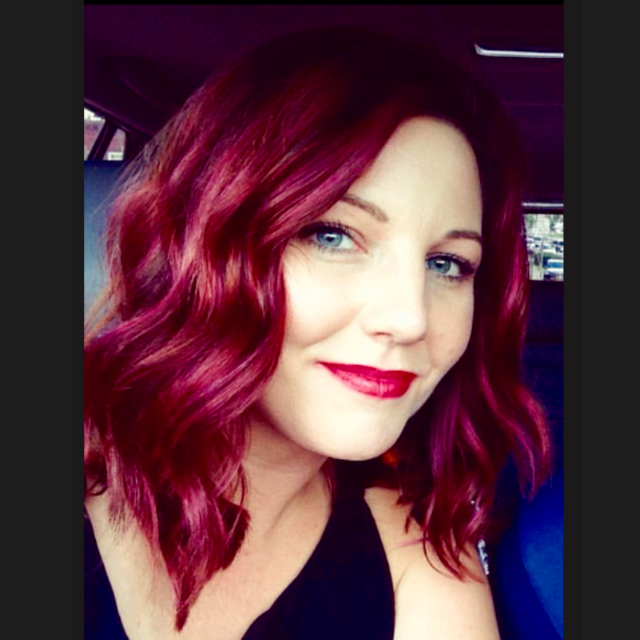 Olivia Evans is a dreamer by day, writer by night. She's obsessed with music and loves discovering new bands. Traveling the world and watching the sun set in every time zone sounds like heaven to her. A true Gemini, she follows her heart blindly and lives life to the fullest with her husband, son, and friends. Her other loves are: Chuck Taylors, Doc Martens, concert tees, gangster movies, sports, wine, craft beer and her shih tzu's.
Facebook | Twitter | Website | Goodreads | Instagram 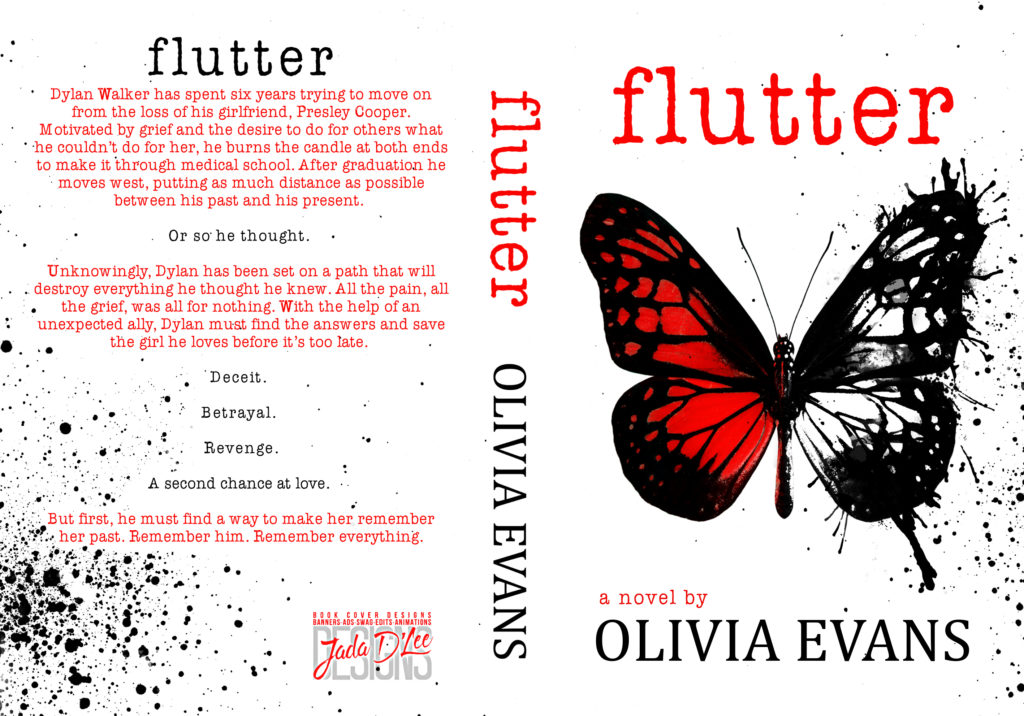