Just in time for vacation vibes -- New Releases in Romance 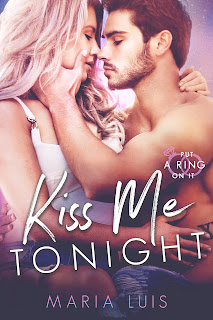 💍E-Book: https://geni.us/KissMeTonight💍Paperback: https://amzn.to/2PIGMOP
I had it all.The Super Bowl rings.The hot shot TV gig.Then I got fired.Now I’m living in middle-of-nowhere Maine, playing assistant coach to the woman of my nightmares.Did I mention that she and her son are my new neighbors?If you talk to the locals, they’ll tell you Aspen Levi is the queen of high school football.But if you ask me, my new head coach is a pain in my left nut sac.She’s too blonde.Too peppy. And way too sexy for my peace of mind.Only, one minute we’re fighting, and the next I can’t keep my hands off her. One hot kiss. One forbidden touch. I don’t do love but . . . What I want, I take, and what I want is Aspen Levi.KISS ME TONIGHT is a steamy slow burn romance. It's the second book in the highly anticipated series, Put A Ring On It, and can be read as a standalone. 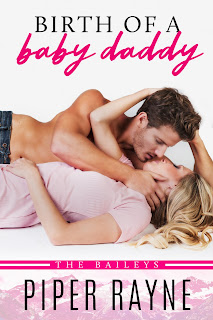 If you're having fun living your bachelor life in your Alaskan hometown and out of nowhere a woman shows up holding a baby she insists is yours, you need a plan-a birth plan.
BP Step #1 - Lift your jaw off the floor.BP Step #2 - Figure out the baby's age-do the math.BP Step #3 - Try to remember the woman and with any luck, her name.BP Step #4 - Double check that she's not confusing you with your twin brother.BP Step #5 - Ignore your five sister's scowls as your entire family watches the drama unfold.There's only one thing you shouldn't do.BP Step #6 - Don't assume she's there because she wants your daughter to call you Daddy. You'll only end up disappointed.Time to figure out a new plan-one that changes her mind.
Amazon US ~ https://amzn.to/2GtizK3Amazon UK ~ https://amzn.to/2S0uYMpAmazon CA ~ https://amzn.to/2GifThZAmazon AU ~ https://amzn.to/2GgLUadApple Books ~ https://apple.co/2TbDKUmB & N ~ https://bit.ly/2Rmxt7iKobo ~ https://bit.ly/2ztREJHGoogle Play ~ http://bit.ly/2AuegcMGoodreads ~ https://bit.ly/2E2vzpy

"THIS BOOK IS EVERYTHING!!" – Goodreads reviewer"A read that'll hook you from beginning to end and it's without a doubt one of the best releases of 2019!" - Two Bookish Brits Book Blog 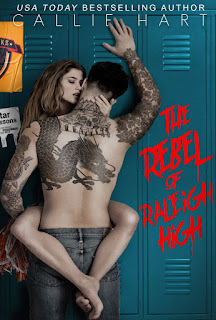 “Wow, Callie Hart! Just wow… what an amazing read! Dark, dramatic and intense, sweet, sexy and romantic, this book is unexpected and exciting, and I couldn't put it down" - The Escapist Book Blog US: https://amzn.to/2VB0j9dUK: https://amzn.to/2UOHNWJCA: https://amzn.to/2LiywXeAU: https://amzn.to/2XYPWtn SILVERHit me. Kick me. Hurt me. Hate me. There’s nothing that the students of Raleigh High can do to Silver Parisi anymore. Over the past year, she’s had to endure more pain and suffering than most people are asked to bear in their lifetimes. She’s a pariah, an outcast, a ghost. She’s also never been one to take shit lying down, though…despite what half the football team might say. With only one hundred and sixty-eight days left of the school year, it won’t be long until graduation, and Silver’s planning on skipping town and leaving Raleigh firmly in her rearview mirror… Until he comes along…ALEXOrphan. Degenerate.Reprobate.Deviant. Alex Moretti’s earned most of his labels, and he’s not ashamed of a single one of them. He’ll earn far worse before he’s finished with his new found ‘friends’ at Raleigh High. Having spent years being ground down under the boot heel of society, it’s time for a little payback. And if exacting revenge upon the heads of the Raleigh elite means he can also help the beautiful girl who hovers in the shadows, then that’s all for the better. Oil and water. Fire and ice. The differences between Silver and Alex are broader than any chasm. To reach one another, they must take a leap of faith and fall into the divide. And falling?Nothing good ever came from falling. * The Rebel of Raleigh High is the first book in the Raleigh Rebels Series. Please be advised, this book comes with a trigger warning. Intended for readers 17+ * 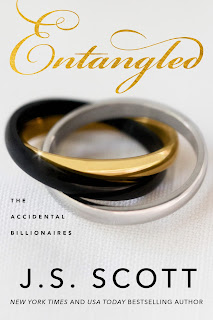 There’s nothing richer than a second chance in the steamy
second book of New York Times bestselling author J.S. Scott’s
Accidental Billionaires series.
Aiden Sinclair was a commercial fisherman before he suddenly came into his billionaire inheritance—not that he’s complaining. Being a Sinclair does have its perks. But things were simpler before the money. He may have been dirt poor, but he loved his job and fully intended to always come back from the sea to his girlfriend, Skye Weston, so they could move toward something more permanent. Or at least that had been the plan…until he returned from a two-month fishing trip to discover she had moved away and was marrying somebody else. It tore his world apart.
Now Skye’s back in town after nearly a decade. She’s a single mother and just as beautiful as ever. However, for some odd reason, she appears to hate him, when it should be Aiden who wants nothing to do with the woman who dumped him. Unfortunately, more than nine years of separation have done nothing to put a damper on their white-hot chemistry. But even if those feelings are real, Skye has been keeping secrets. The truth of the past is about to come to light, and there is so much more at stake than just Aiden’s heart. 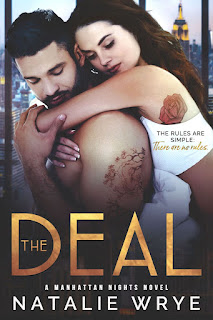 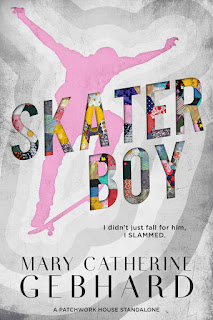 Rebels. Misfits. Bad boys who rule the streets. Everyone’s welcome at the worst kept secret in town, just as long as you don’t mind getting your reputation—and your heart—a little dirty. Welcome to Patchwork House… Patchwork House is a boy’s club—a mean boy’s club. They made an exception for Tweetie once, and they’re going to make another, because she’s coming home. After two years away and one too many broken hearts, Tweetie swore off skaters—but she never expected Flip. Flip was the most famous skater in the world until he traded his place at Patchwork with the little girl whose life he ruined. Now Tweetie’s all grown up, and one chance encounter brings them together. He knows the right thing to do is disappear before things get ugly, but he never was very good at being good. She’s back, and so is he—all bets are off. Nothing will stop this bad boy from finally getting his lost girl. They're written in the stars, and it's time she knows it. The first lesson Flip taught Tweetie was how to fall.It was also the last thing she remembered when they met again, because she didn’t just fall for him.She slammed. PURCHASE LINKS – $ US: http://1click.bz/SkaterBoyAMZNUSUK: http://1click.bz/SkaterBoyAMZNUKCA: http://1click.bz/SkaterBoyAMZNCAAU: http://1click.bz/SkaterBoyAMZNAU Free in Kindle Unlimited