“Who can turn down a sexy hockey star with a big . . . stick? Zack is hot hot hot, and Sugar is the perfect blend of sweet and sassy! Their chemistry sizzles in Boyfriend Bargain!” 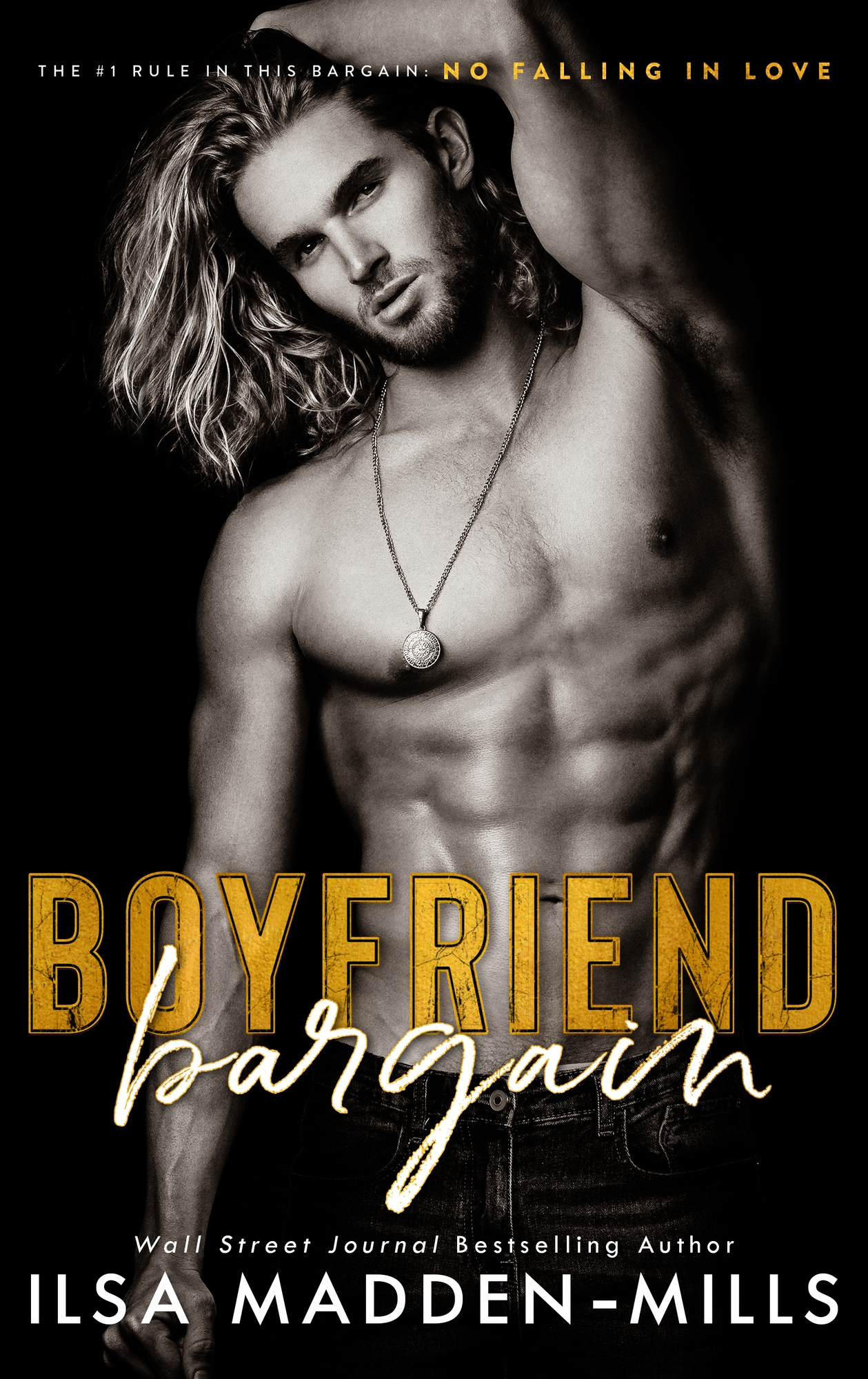 Wanted: one hot guy with rock-hard abs and a big stick
Broke and desperate, Sugar Ryan has no use for arrogant, bad boy athletes . . . until she’s forced to bargain with the cockiest of them all. If only he knew she was alive. Her mission? Get on this hockey player’s radar any way possible. Zack Morgan is the king of the ice and the bedroom—but nothing prepares him for the mystery girl who shows up everywhere he does—frat parties, his favorite bar, and finally his front door with an offer he can’t refuse. The only rule in her boyfriend bargain: no falling in love. But after one (um, two) smoking-hot hookups, he’s done with pretending and vows to make their fake relationship real. Too bad she can’t trust a player with a reputation for breaking hearts. Will this hockey star score his forever girl or will their Boyfriend Bargain end in heartbreak? 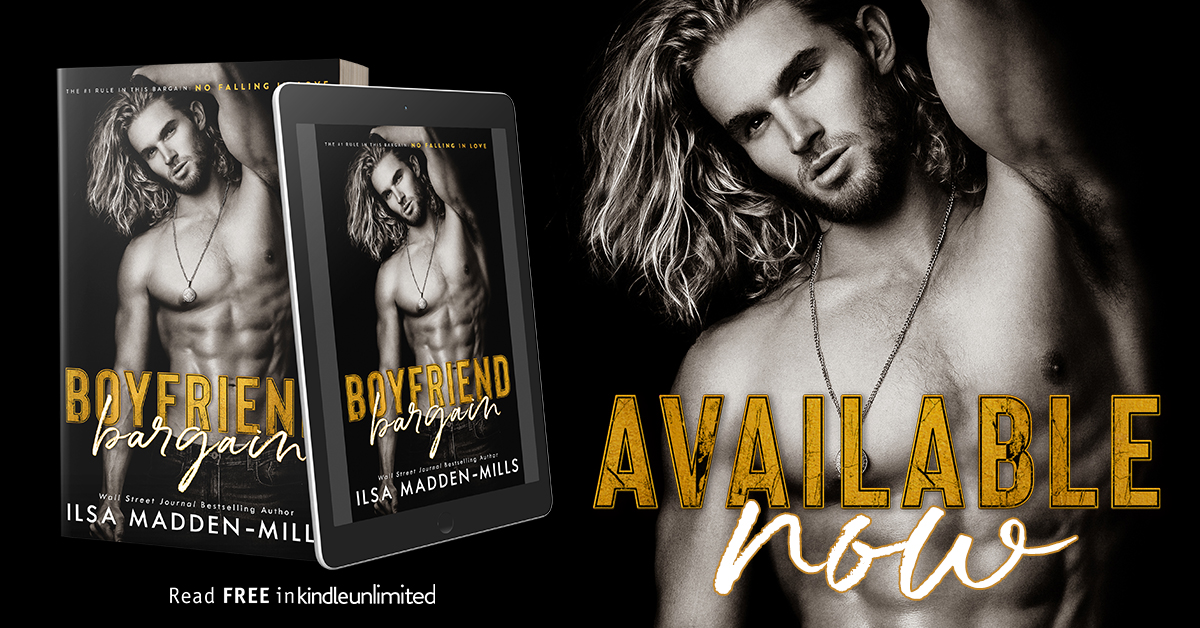 I love a good sports romance. I don’t know if it’s because I live and breath sports in the real world but give me a broody athlete, a determined female and I’m done for. Now couple that with the natural word flow from Ilsa Madden-Mills and I’m addicted for sure!
The Boyfriend Bargain doesn’t actually focus too much on sport itself ( hockey in this instance) but you feel the environment and circumstance flowing in the air around you as you navigate through the story of Sugar Ryan and hockey team captain Zack Morgan.
Sugar is on the road to excellence and feels she has something to prove to those that discarded her. So when her chance to finally snag that spot to her only choice graduate university comes into play she only has one option. To make Zack appear to be hers but what she didn’t count on is the depth of Zack’s demons that are hidden so well Zack didn’t even know he was in trouble.
Star Captain Zack Morgan is more than meets the ice and he has the skeletons to prove it. Purely driven to excel with his ticket to the pros before he’s even graduated, Zack finally has a conversation with the girl he’s seen all over campus only she has no idea he’s been spying her. When the opportunity to know her falls at his feet he jumps all in. One thing Zack didn’t count on is what his feelings for Sugar would turn into while trying to control the heartbreaking truth of his past that’s bubbling up to the surface.
Ugh loved this story! When I saw that Ilsa was releasing a new series it was a no brainer for me to want to read it. When I was picked to read an advanced copy I was giddy with excitement cause I just knew I would be falling in love with yet another great story from her. What really happened when I opened to page one, I was dropped in one point of the characters lives only to be smacked back to the past to understand the devastation both Sugar and Zack had to endure at such a young age. But the story doesn’t stop there. NO. Ilsa has to go and make it all better by making me crave the sexiness and chemistry between Sugar and Zack.
The range of emotions while reading is spot on classic example of an Ilsa Madden Mill book.
The Boyfriend Bargain is funny and passionate and after breaking hearts, lifting up to character growth and resolutions. The Boyfriend Bargain goes right next to my other favorites from Ilsa Madden-Mills!

“We should kiss, just get it out of the way and move on," I say, sure of the crazy idea as each second passes. There’s a hitch in Z’s breath, and his eyes go straight to my lips. “Works for me.” “But just one. None of that fancy tongue work.” “Afraid of falling in love with me?” He grins. Well. My eyes take in the broad shoulders and the dragon tattoo on his muscled chest. He’s definitely my type: pure, grade A male hotness—exactly what I don’t need. “I won't fall in love.” Another grin. “Liar.” 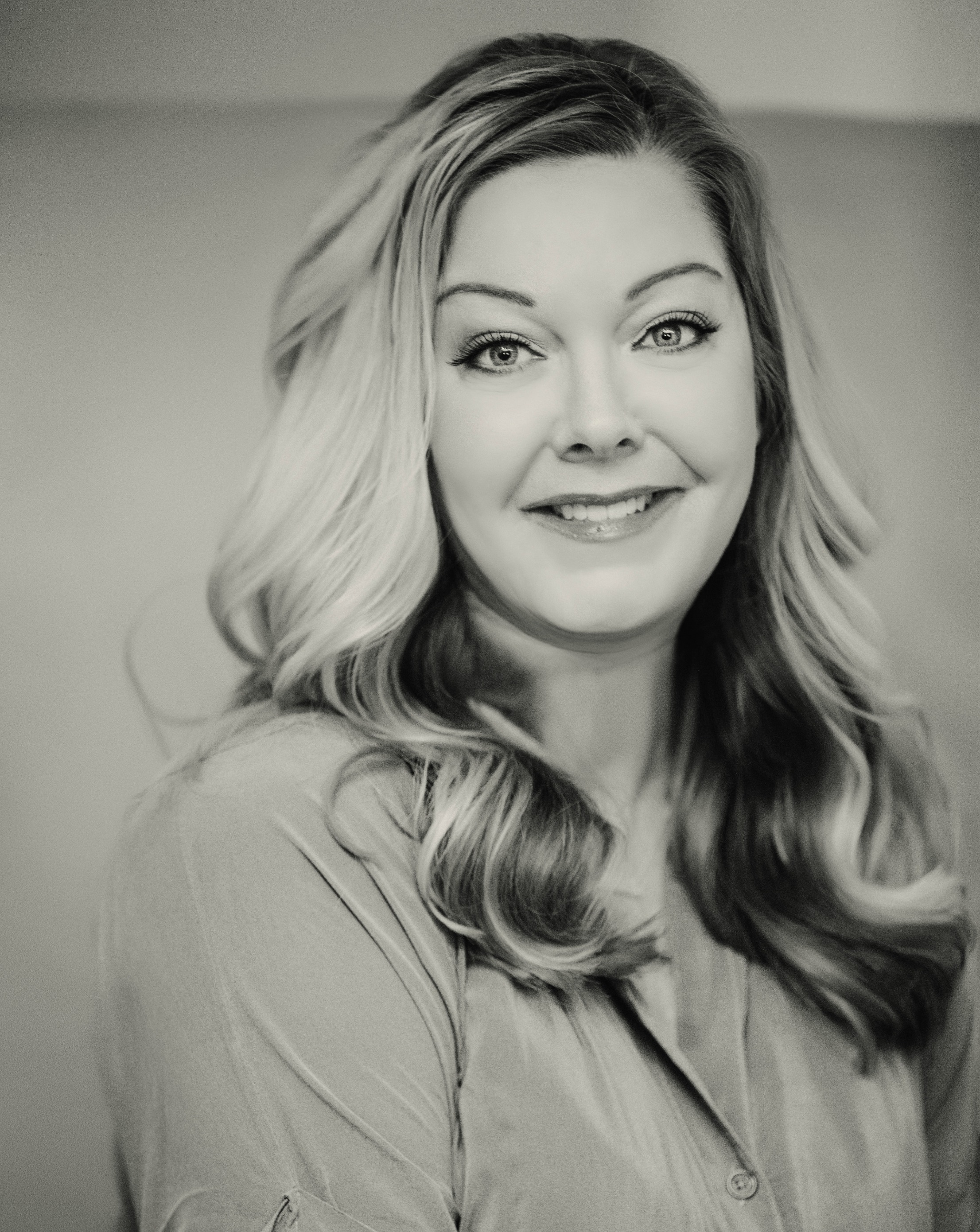 Wall Street Journal, New York Times, and USA Today best-selling author Ilsa Madden-Mills is best known for her contemporary romances ranging from new adult angst to romantic sports comedy. Seven of her ten novels have placed in the Amazon US Store Top Six Best-seller List: Dirty English hit #1; Fake Fiancée and I Dare You hit #2; I Bet You, Filthy English, and Very Bad Things all placed #6 in the Amazon US Store. The Last Guy, her collaboration with Tia Louise, hit #4. A former high school English teacher, she adores all things Pride and Prejudice, and of course, Mr. Darcy is her ultimate hero. She's addicted to frothy coffee beverages, cheesy magnets, and any book featuring unicorns and sword-wielding females. Feel free to stalk her online.