**Warning: Not every story of love has a happy ending**

A man willing to sacrifice all…

Andrew Penton, the Marquis of Drake, is a man used to getting all he desires, for nothing in return. But when a mysterious woman catches his eye, he’s helpless to do anything but offer her all he is.

A woman determined to take everything…

Lady Lorelei de La Valette, daughter of the French Comte of Epernon, is new to London society and not the lady she appears to be. Her life has been controlled since birth, yet she’ll have to decide if her destiny lies with her country or her heart.

The Marquis of Drake, Andrew Penton, leaned casually against the wall bordering the gardens. Anyone who stumbled upon him might think his pose nonchalant and tranquil. Yet inside, his discontent festered just below the surface.

There were numerous places he’d rather be, many obligations to which his time would be better devoted. Instead, he flitted around yet another ton gathering, acting the self-indulged lord with nothing better to do than discuss the weather with simpering young debutantes, and argue the merits of the war to be waged against their French counterparts.

He’d fled the overcrowded ballroom only moments before when his latest dance partner, pushed upon him by their hostess, had stepped on his booted foot one too many times. That was not the only injustice he’d been dealt during his brief time this evening. Another chit had held him so securely during their promenade about the dance floor that her hands had left sweaty stains on his linen shirt.

He wondered if young women today were properly trained in the art of the quadrille, or if they were sent into the wilds of society wholly unprepared.

And all the time, Andrew’s dear friend Benjamin chuckled at his unease.

It had been far simpler when he hadn’t tried to be a respectable lord; when he hadn’t given a feathering about what others thought of him or his antics about town. The days when he’d only cared about spending his coin and who would warm his bed that night seemed so long ago.

Now, he hid from potential bedmates and begrudgingly paid the new income tax levied against him to help offset the cost of financing British troops fighting in the Napoleonic War. Two shillings per pound was a trifling amount compared to what he’d spent to set up his last mistress in her own London townhouse.

It was past time he returned to the ballroom. The evening would end shortly, and he could return home or to his club for a drink.

Andrew pushed away from the wall, his position hidden from view of the main drive, and started back to the side entrance he’d exited a few moments before. It had been fortuitous that the lord who owned this home had a door leading from his study and onto the drive.

“…we have gone over this several times.”

The words floated on the light breeze, meeting Andrew as he stepped inside the study door and the warmth of the house. Pausing, he strained to hear the rest of the conversation, if only to delay his return to the ballroom.

Andrew pushed the doors closed, leaving it open only a crack as footsteps approached on the outside walk. It would not do to be caught eavesdropping.

A trio stopped outside the door, their features obscured by the darkness, though Andrew saw enough to know the group consisted of two females and a well-dressed gentleman.

“See that you follow the instructions given to you.” The man took the arm of one of the women and walked on, leaving their third companion behind. 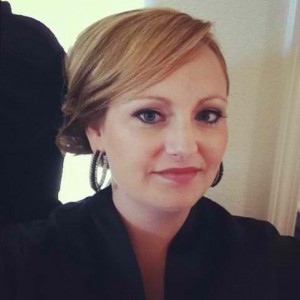 Christina McKnight is a book lover turned writer. From a young age, her mother encouraged her to tell her own stories. She’s been writing ever since. Currently, she focuses on Historical Romance, Urban Fantasy, and Paranormal Romance.

Christina enjoys a quiet life in Northern California with her family, her wine, and lots of coffee. Oh, and her books…don’t forget her books! Most days she can be found writing, reading, or traveling the great state of California.

Keep up to date on her releases: www.christinamcknight.com

Live each day as if it were your last. Worry only about yourself. Work hard and never, ever fall in love. That’s Olivia Buchanan’s motto and she stands by it every day.
Feisty, headstrong and confident, recent graduate Liv is fighting to succeed in the male dominated field she has chosen as her career. As an architect for her best friend's father's respected London based company, her chance to shine and become recognised comes when she lands the prestigious account for GO Sports and Leisure.
Armed with her plans and determination, Liv is ready to deliver the presentation of her life. That is, until he walks in. The mysterious personal trainer from the gym. The only man to have ever made her heart flutter. But he isn't all he seems.
When MMA fighter, Nathan Oakes offers Liv a business proposition to join him in Southern France, she’s left questioning his motives and wonders if she should refuse. She’s also equally intrigued by the prospect of what the trip could do for her career.
Liv has no time for a relationship. Nate doesn’t want one. When forced to live side by side, feelings are stretched and emotions are battled. Can they keep their professional and personal lives separate, preventing them from falling into something they both need to avoid?

6 prizes up for grabs by author E.J Shortall to celebrate the release of Prepared to Fight

EJ Shortall was born and raised in a suburb of London, England where she currently still resides.
Having worked in education for the better part of 12 years, EJ decided a change was needed. Following a moment of inspiration, she decided to put pen to paper not expecting anything to come from the few words she had. Soon those few words turned into her first novel, Silver Lining. Not content with just writing the one, she continued with book two and then three, and has many, many more ideas just waiting to be written.
She has always enjoyed reading, but found it was mostly just a holiday extravagance. Then she discovered a certain worldwide best seller, and her passion was reignited. Reading quickly became an obsession and she couldn’t devour books fast enough. The books on her shelves and reading devices range from sweet, Young Adult romances, to smouldering erotic encounters. If pushed for an answer she would say that sexy rock star romances are her favourite.
Aside from reading and writing, EJ also enjoys amateur photography, playing around with graphics and cake decorating.
“I am on one amazing roller coaster ride at the moment. I have met so many new and wonderful people, discovered new music gems to integrate into my stories, and learned so many new skills. I cannot wait to see where this journey takes me.”
If you would like to join E.J. on her journey, please follow or contact her. She would love to hear from you!