My student loans are due and I still haven’t found a job that pays more than minimum wage. So I decide to make an arrangement through The Club. I’ll get what I need…money to pay my loans. And he’ll get what he wants…access to my body…whenever and however he wants it.

ROSE COLLINS is a recent art school graduate with overwhelming student loan debt and no way to pay it.

JAE ROTHKO is a wealthy and renowned artist who doesn’t have the time or patience for a relationship.

Jae joins The Club so he can have one woman when he wants and how he wants with no attachments and no expectations.

He selects Rose to be that woman.

Rose Collins is a recent art school graduate who can’t seem to find a job in her chosen field, is struggling to pay her monthly bills, let alone her college loans while working in a coffee shop.  When a night out with her roommate Cali leads to a chance meeting with a girl named December, a new world is opened up to Rose.
December slips a business card with a phone number onto the bar and explains to Rose that there is another option…. The Club.  It’s basically a dating service for wealthy men who don’t have time for a conventional relationship but want to set up an arrangement with the woman they select in exchange for “gifts”.
Well hello Mr. Rothko!
Jae Rothko is an artist otherwise known as Black Dog, he is the owner of a very successful company also called Black Dog. He is quiet, reserved, confident, and in control, but he has something hidden far beneath the surface that will take the perfect woman to break through.

This is a serial novel and I will say one that I am glad I was given to review. I wasn’t sure what to expect climbing in as I have never read a serial before. That being said I loved it!! I found myself flying through the books, I just couldn’t put my Kindle down. The characters are written wonderfully and the interactions between them all were flawless. I have to say I was a bit leery of Jae in the beginning, but oh he most definitely won me over!  Rose is a strong woman and I’m not sure I could make the decision she did but in the end it all works out. Ren Monterrey has a new reader and I will be waiting to see what other books spin out of her fingertips!! 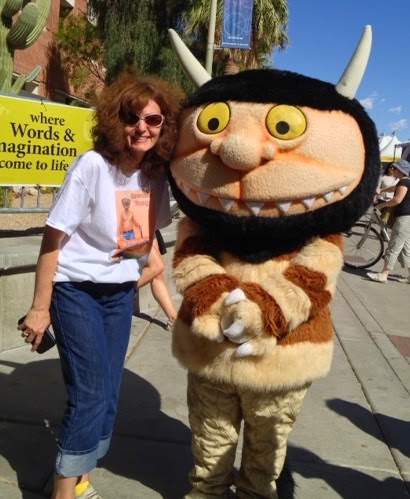 Ren Monterrey lives in a small town outside Phoenix, Arizona with her husband and their bloodhounds. She writes New Adult and Contemporary romance under a number of different pen names.