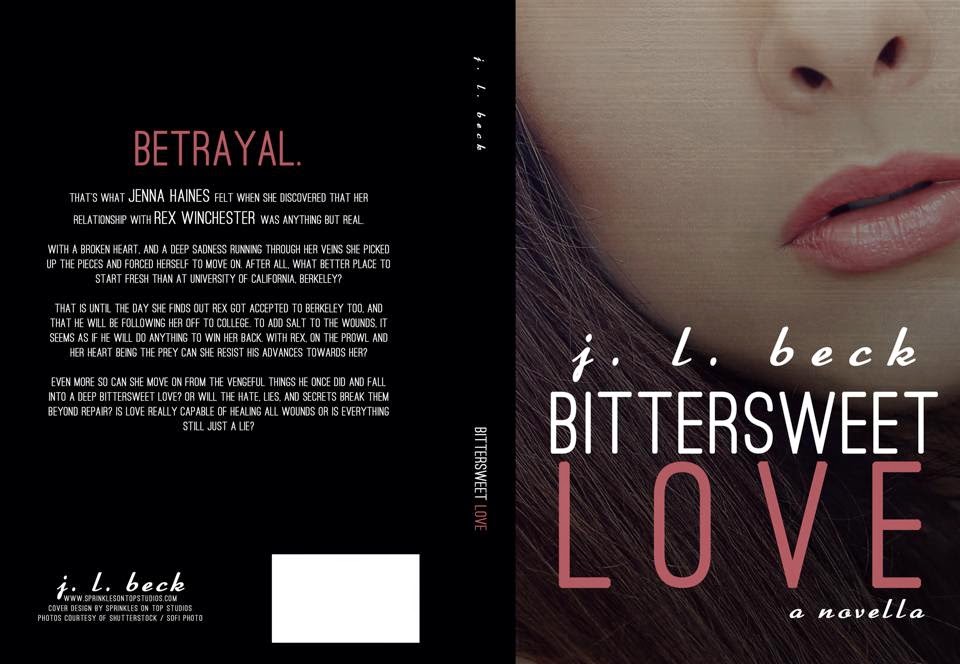 Betrayal. That’s what Jenna Haines felt when she discovered that her relationship with Rex Winchester was anything but real.
With a broken heart, and a deep sadness running through her veins she picked up the pieces and forced herself to move on. After all, what better place to start fresh than at University of California, Berkeley?
That is until the day she finds out Rex got accepted to Berkeley too, and that he will be following her off to college. To add salt to the wounds, it seems as if he will do anything to win her back. With Rex, on the prowl and her heart being the prey can she resist his advances towards her?
Even more so can she move on from the vengeful things he once did and fall into a deep bittersweet love? Or will the hate, lies, and secrets break them beyond repair? Is love really capable of healing all wounds or is everything still just a lie?

ways.“Thanks.” I reply grabbing it and ignoring his presence. Questions are itching to breaking through, and with the effects of the drinking I just can’t hold em back any longer.“You know, I trusted your brother. I cared about him and all he did was rip my heart out. He’s made it not only impossible to move on but he’s made it impossible for me to trust people. Because of him I’m going to forever be the nineteen year old cat hoarding, knitting lady.” I say sulking. He smiles big and wide, and then lets out a deep belly shaking laugh; although his belly doesn’t shake, unless his abs can but… never mind.“You will not forever be the cat hoarding, knitting lady; although you would be a very adorable one.”I ignore his comment and whisper. “He hurt me Ryder.” I can’t hide the emotions from my voice. Damn you vodka, damn you.“I know he did, but you’re only nineteen you’ll love again. The fact that you're out and about now proves that. Don’t give up hope just yet.” He says as if encouraging me to move on and find someone else. The only problem is I don’t think I want to. 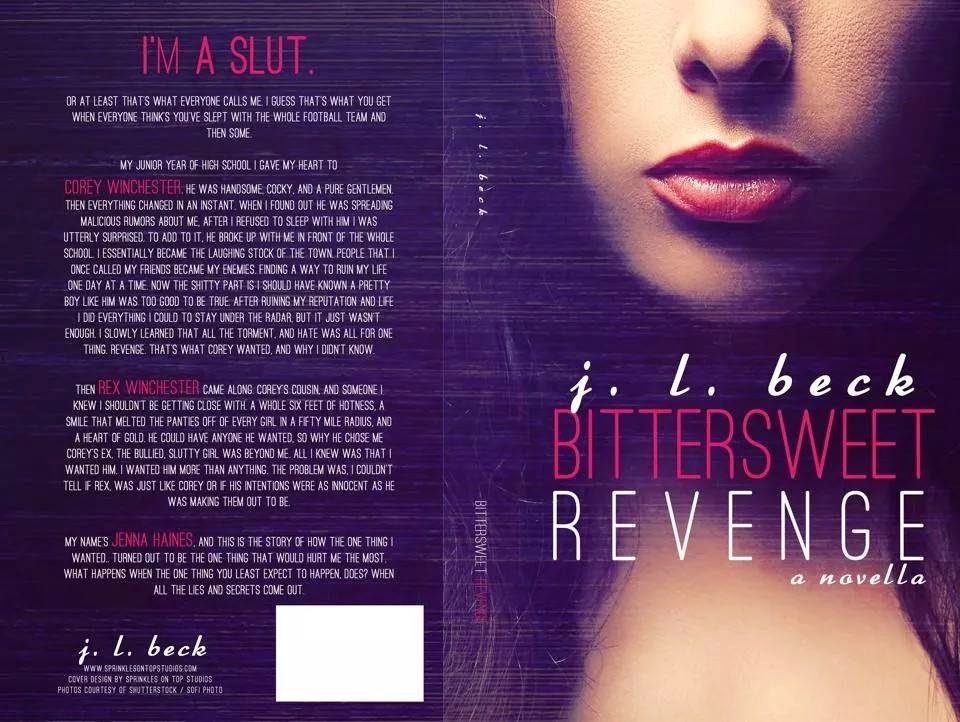 I’m a slut. Or at least that’s what everyone calls me. I guess that’s what you get when everyone think’s you've slept with the whole football team and then some.My junior year of high school I gave my heart to Corey Winchester. He was handsome, cocky, and a pure gentlemen. Then everything changed in an instant. When I found out he was spreading malicious rumors about me, after I refused to sleep with him I was utterly surprised. To add to it, he broke up with me in front of the whole school. I essentially became the laughing stock of the town. People that I once called my friends became my enemies. Finding a way to ruin my life one day at a time. Now the shitty part is I should have known a pretty boy like him was too good to be true. After ruining my reputation and life I did everything I could to stay under the radar, but it just wasn't enough. I slowly learned that all the torment, and hate was all for one thing. Revenge. That’s what Corey wanted, and why I didn't know. Then Rex Winchester came along. Corey’s cousin, and someone I knew I shouldn't be getting close with. A whole six feet of hotness, a smile that melted the panties off of every girl in a fifty mile radius, and a heart of gold. He could have anyone he wanted, so why he chose me Corey’s ex, the bullied, slutty girl was beyond me. All I knew was that I wanted him. I wanted him more than anything. The problem was, I couldn't tell if Rex, was just like Corey or if his intentions were as innocent as he was making them out to be. My names Jenna Haines, and this is the story of how the one thing I wanted.. turned out to be the one thing that would hurt me the most. What happens when the one thing you least expect to happen, does? When all the lies and secrets come out. Well you're about find out.

J.L. Beck is the author of Bittersweet Revenge(A Bittersweet Novella Book 1). A four part novella series. She lives in Elroy, WI with her husband Brandon, and daughter Bella. Since the moment she could reach the shelves on the book shelf shes been reading, thus influencing her to write. Her favorite books are those that leave an imprint on your soul. You know the ones that have you putting everything off because you have to find out what happens next.
When she's not writing or reading(of course)you can find her picking up after her three year old daughter, or explaining to her husband why its unsafe to do something any other way, than the way your wife told you too.
Shes a huge fan of all things drama, with shows like The Vampire Diaries, and Arrow being some of her favorites. She's addicted to all things social media, caffeine, and Starbucks.

Stalk me, you know you want to.