Happy Release Day to Meghan March and her new book BENEATH THIS MASK!!!

My name is Charlotte Agoston, and I’m a runner. Not the ‘let’s go for a jog and slap a 26.2 sticker on your bumper’ kind of runner; I’m the kind of runner who takes off when her father is staring down the barrel of a guilty verdict that carries a 175-year sentence for perpetrating the largest fraud in the history of the world. That’s right. Bernie Madoff was an amateur compared to Alistair Agoston. Faced with living under a cloud of suspicion and constant questioning by the FBI, I ran. I’m making a new life in New Orleans as Charlie Stone. I traded my future in New York high finance for tattoos, booze, a few friends who don’t ask questions, and one giant mutt named Huckleberry Finn. Everything is simple and uncomplicated until Simon Duchesne—former hotshot Navy fighter pilot, NOLA’s favorite son, city councilman, and rumored congressional hopeful—walks into my life. The flashing cameras he attracts threaten to expose everything I’m hiding, but I can’t seem to stay away. Why are the most dangerous ideas always the most seductive? In trying to get lost, I found myself. And then I found Simon. He loves me, and he doesn’t even know my real name. I’m going to break his heart, but mine will shatter right along with it. This is our story. Will we be strong enough to face the consequences of revealing what’s beneath this mask?

Backing me into a corner, he trapped me in the circle of his arms, much like he had earlier at the gate. I reached up and laid my palms against his chest, tracing the compass inked on his pectoral muscle with my index finger. Our skin didn’t touch anywhere else, but mine prickled with the need to feel him against me. I leaned closer, but he grasped my shoulders, effectively holding me back. I looked up questioningly. “You left me a message, then slammed a gate in my face, then you strip in front of me, and invite me to go skinny dipping. I can’t keep up with you. I need to know what the hell is going on here before it goes any further.” I sagged back against the edge of the pool, letting the concrete lip dig into my spine. So much for my hastily constructed plan. An experienced seductress I was not. He must have read the defeat in my expression because he said, “I’m not saying I’m not interested. Hell, I’m buck ass naked, and I can’t exactly hide that I want you. But I need to know ... why now? What changed?” I stared down at the water, wishing fleetingly that the pool lights were on so I’d know for certain that he still did, in fact, want me. But given the leap I’d taken by stripping naked in front of him, I suppose I owed him at least some sort of an explanation. “I decided that, for tonight, I didn’t care that you’re you and I’m me. I decided to take a risk and see what happened.” My answer was vague and without substance, but I hoped it would be enough. Heat pulsed between my legs and my nipples beaded almost painfully. I wanted him. Now. But he didn’t relent. “It doesn’t matter who I am or who you are. Tonight or any other night. We’re just people.” I held in a snort. Barely. He wouldn’t be in this pool if he knew who I really was. I was poison to someone like him. To everyone. Simon tilted my chin up, forcing me to meet his eyes. “If I fuck you tonight, are you going to throw me out on my ass as soon as we’re done and never call me again?” I bit my lip. Damn. He should be a freaking interrogator instead of a politician. But I wasn’t going to lie to him. At least not about this. “Probably.” He released my chin and backed away. “Then, no.” He shook his head. “This isn’t happening. Not tonight.” He turned and made his way to the stairs. I caught a flash of his pale, muscular ass as he climbed out of the pool. I looked down at the water, hot humiliation filling me. What the hell am I doing? I sank farther beneath the surface, up to my chin. I needed to be covered. I heard the rustle of clothes and wondered how he was drying off without a towel. But I didn’t look up to assuage my curiosity. I’d given in to curiosity once already tonight, and this was where it landed me. In a pool of my own shame. He cleared his throat, and I finally looked up. He was wearing his tux pants, and the shirt was partially buttoned. He held his soaked white undershirt in his hand. One question answered. His hazel eyes drilled into me. “You have my number. Call me when you want more than a quick fuck.” And then he was gone. 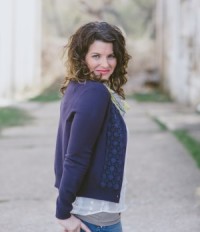 Meghan March is a Michigan native who has spent a good portion of her life buried in a book. Case in point: she read the entire romance section of her small town public library by age fourteen. Even after growing up (sort of) and getting a law degree, she never lost her passion for a great story, twisty plot, epic romance, and amazing characters. When she’s not writing, she’s probably reading, target shooting, drooling over fast cars, playing with her crazy mutt, or hanging with her very own sexy bad boy.

Email ThisBlogThis!Share to TwitterShare to FacebookShare to Pinterest
Labels: Beneath This Mask, Meghan March, Release Blitz