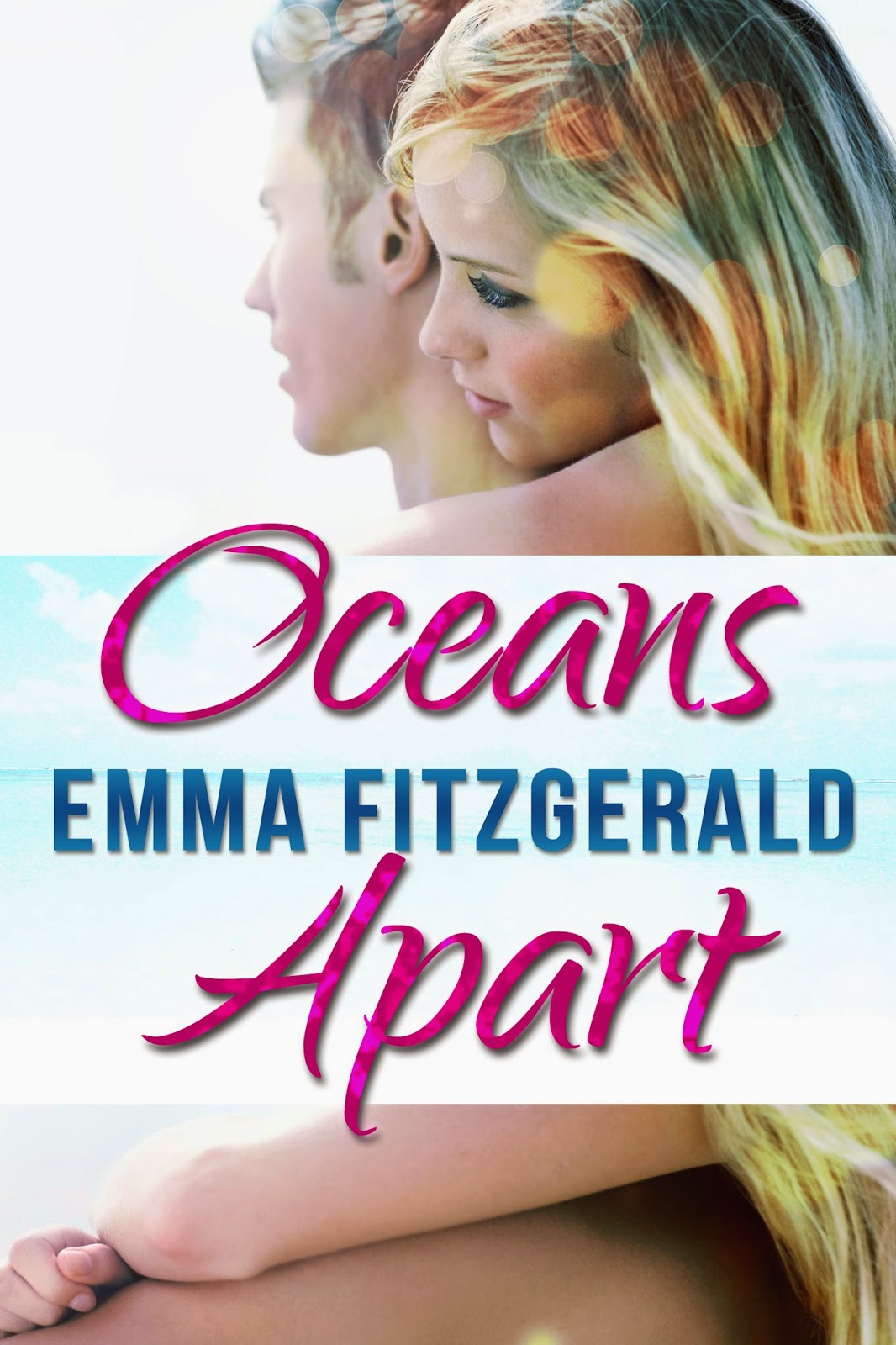 Nobody ever cares for second place.

Talented public relations associate, Annie Scott, knows second place well. She has never been anyone’s priority and is sick of wallowing in self pity, sick of being an option. In a snap decision, she flees her hometown of Nashville for the unknown shores of Sydney, Australia. There she can be whoever she wants to be. Perhaps, the enforced solitude will give her back her identity and kickstart a new path in life.

Professional surfer, Cam Hart, is home on leave from the Pro Tour, and in desperate need of some rest, relaxation and maybe, a little female company. All extremely achievable at his home in Bronte, Sydney. There will be women willing and waiting for him, of that he has no doubt. He’s never been a relationship kind of guy, and after his embarrassing defeat for the recent World Title, the idea of losing himself in between the sheets for some no-strings fun, definitely has appeal.

Fate throws Cam and Annie in each other’s path. Their attraction to each other is immediate. Cam believes he has found the perfect girl to distract him for a few weeks, while Annie is ready to throw caution to the wind and dive into a holiday romance. The two drifting souls soon realise that their chemistry and passion is more than they bargained for.

Cam has never wanted to entrust his heart to anyone again. But, with Annie, he sees that he may indeed want a future, a change from his impulsive and wild ways. Could Cam actually be capable of such change? Should Annie consider Cam to be more than a summer fling, or will she be bound by her insecurities and not believe him worth the risk? Will she return to her hometown, the same as she left it: alone

Cam looked down at Annie. She was seeing the view of the beach through fresh eyes and her wonderment made Cam realize what he took for granted. Strands of Annie’s hair had fallen out of her ponytail and were fluttering across her face. Cam moved his hand up and tucked them behind her ear. His touch made goose bumps jump to the surface of her skin. Annie tensed slightly before a warm rush of shivers went through her body. His thumb lightly rubbed over her cheek while the rest of his hand slid around the back of her head. Annie looked up and directly into Cam’s eyes. They stared at each other for what seemed like forever to Annie. He then leaned down slowly and got closer to her, their faces just a few inches from the other. Annie broke eye contact and looked down but Cam placed his other hand on her chin and brought her head back up. He held on to both sides of her face, moved in, and gently kissed her. Softly, sweetly. Then Annie released a sigh, which seemed to give Cam more confidence. His hands moved from her face to around her waist and he pulled her in toward him. Annie’s hands were flat against his chest and she could feel his heart was beating just as fast as her’s. His kiss changed from soft to more intense as their tongues tussled together. Annie was more than willing to match what he gave her. Cam turned Annie around and pushed her against the stone wall bordering the side of the balcony. His hands ran down the sides of Annie’s breasts, which peaked her nipples instantly. If she weren’t already highly turned on, that move would have done it! Just as Cam was about to lift the tank top up and over her head, a loud wolf whistle shook him out of his trance. 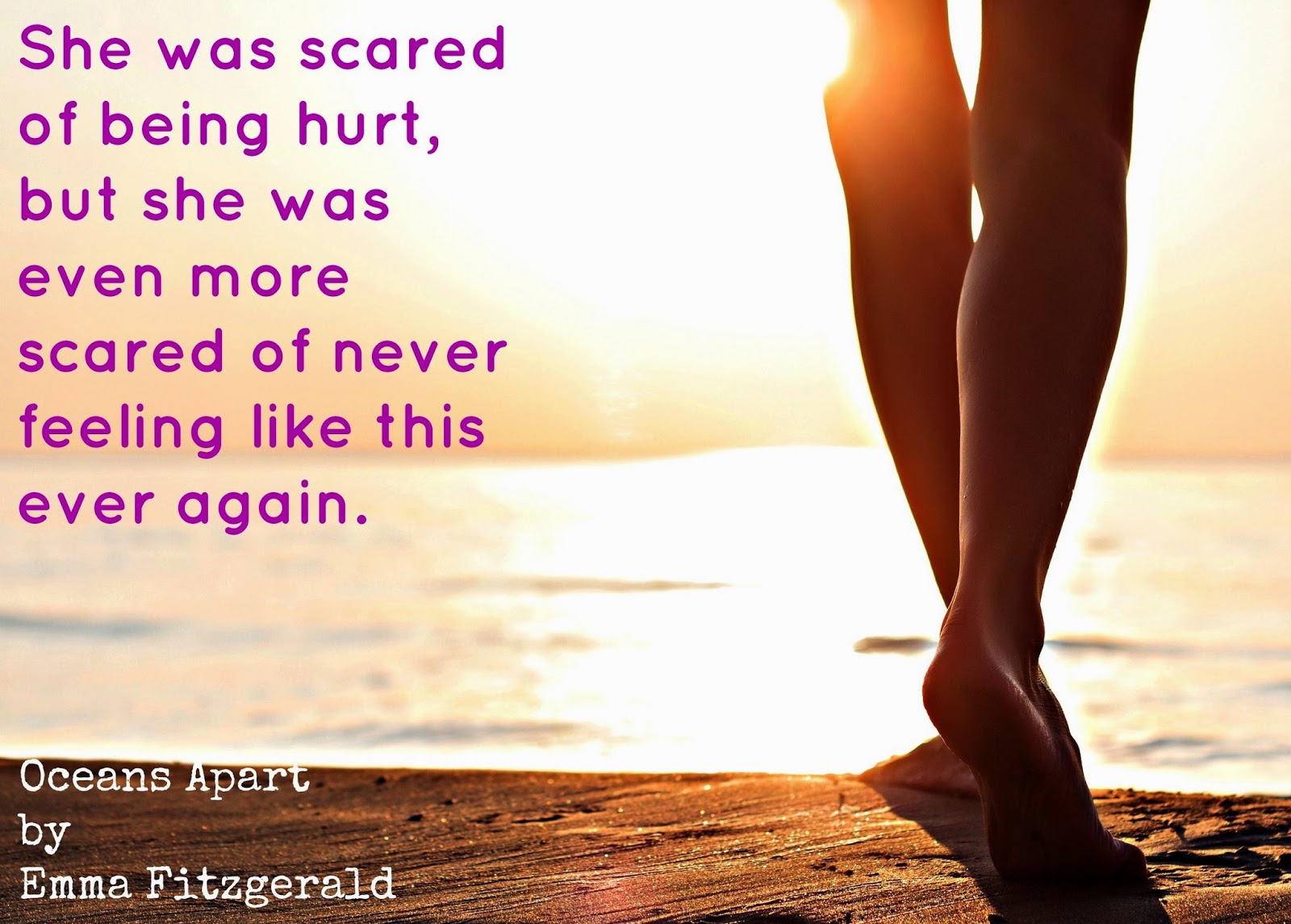 ABOUT EMMA FITZGERALD
Emma Fitzgerald is a lover of words.

The way they are weaved and worked to make people and places come alive and how they can draw the reader into worlds their imagination had never even dreamed of.

Emma has loved reading and writing since the day her life was first touched with the gift of a 100 year old copy of 'Emma' by Jane Austen. She soon discovered that the written word could transport her, not only across the world, but across time.

Emma loves a 'Happily Ever After' and has found her own HEA with her amazing husband. They and their three children live in Southern Australia.