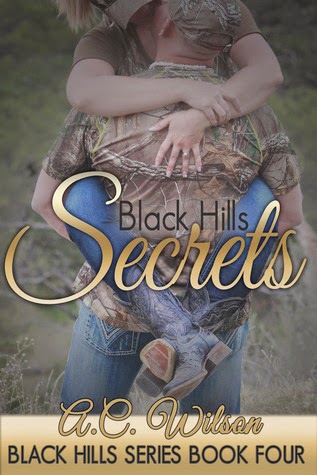 Blake Phails is struggling with the loss of his best friend and brother-in-arms. He is desperately choking back the guilt of not dying and now must face the emptiness of the world alone. It is difficult to find peace anywhere and home, well, he has no idea where that even might be. It is not a concept he is well acquainted with.
His mother gave him a picture. There was a date and a town in South Dakota written on the back. Hot Springs. He has made up his mind to go, but there is no way to predict just what is ahead.
Bailey Campbell’s greatest joy is the wide open spaces on the back of her horse, Liberty. There is nothing quite like freedom and sadly, it always comes at a price. Every time Bailey takes one step away, her stepfather reels her back in by using her half-sister as bait. He is vicious and abusive.
It is a part of her life Bailey struggles to keep hidden until a chance meeting with a soldier as battered as she. Following destiny’s guidance, can Blake and Bailey embrace a future without secrets?

Deep, gut-wrenching sobs caused him to choke and gasp for air as he lay curled up on his side next to the freshly mounded dirt. The depth of his grief knew no bottom and even that didn’t terrify Blake Phails as much as going through the rest of his life without his best friend. He opened his mouth swallowing a cry of utter torment as his fingers dug into the wet earth of the gravesite. His loss of a brother-in-arms had created more chaos than two tours in Afghanistan. It threatened to uproot the foundation he’d built in the United States Army and cast him aside like a piece of unwanted rubbish.

A.C. Wilson lives in Abilene, Kansas with her husband, two sons, and their chocolate lab. She loves to be outdoors, playing with her boys and absolutely loves to write.
The Black Hills Series came from her mother’s idea to use Hot Springs, South Dakota as a home town for the Johnson family. Everything about the Black Hills is enchantingly rugged and of course, there are cowboys!
Check out her young adult contemporary romantic series. Black Hills Angel (Book 1), Black Hills Blessing (Book 2), Black Hills Rebel (Book 3), Black Hills Secrets (Book 4) and Black Hills Forever (Book 5 coming Summer 2015).
Four novellas will also accompany this series as Black Hills Seasons presents the stories of the supporting characters that readers have requested. Watch for them in late 2015 or early 2016.
Please feel free to connect with her on social media.