Samantha Towle has been working on a secret project and we are SO excited to be sharing the cover with you! Revved is releasing on March 24th! Make sure to add it to your TBR. Check out a sneak peek excerpt below. 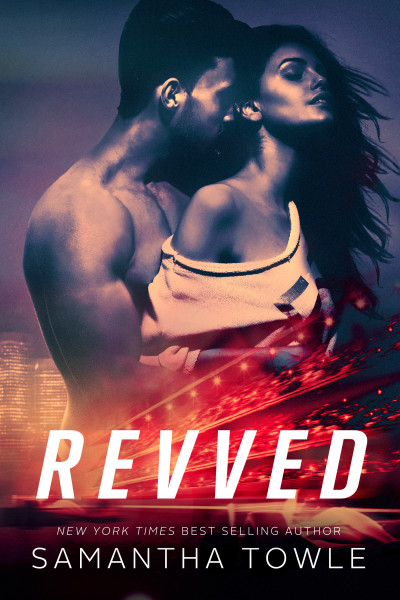 Race car mechanic Andressa “Andi” Amaro has one rule—no dating drivers. With a good reason behind the rule, she has no plans on breaking it.
Carrick Ryan is the bad boy of Formula One. With a face and body that melts panties on sight, and an Irish lilt that leaves women on their knees, begging for more. He races hard and parties harder. The youngest driver to ever sign with F1, he’s still at the top of his game five years later, breaking hearts on and off the tracks.
When Andi is offered her dream job working in the glamorous world of F1, she leaves her home in Brazil, positive she can handle working for Carrick. But she’s not prepared for the off-the-chart sparks that fly the moment they meet.
Now, Andi has a crush on the one man she can’t have, and her resolve is about to be put to the test, because Carrick has decided he wants Andi, and he plans on testing her to the very limit…
Cover Designed by: Najla Qamber Designs

“Come on…just one piece of bacon.” “No.” I move my plate toward me, and away from him. “Aww, come on, baby. You know you wanna give me some.” Baby? I feel that word wash through me like an erotic cleansing. Pressing my thighs and lips together, I shake my head. “Nope. Your smooth Irish charm won’t work on me.” Grinning, he gives me a look straight from the sex devil. “Aww, Andressa. Baby. If you give me some…I’ll make it worth your while. It can be our little secret. I won’t tell anyone, I promise.” “How do you manage to make a conversation about bacon sound dirty?” “I’d say it’s a talent…but maybe it’s not me that’s dirty and it’s you. After all, you are the one interpreting it that way.”

New York Times, USA Today, Wall Street Journal and international bestselling author Samantha Towle began her first novel in 2008 while on maternity leave. She completed the manuscript five months later and hasn't stopped writing since.
She has written contemporary romances, THE MIGHTY STORM, WETHERING THE STORM, TAMING THE STORM and TROUBLE.
She has also written paranormal romances, THE BRINGER and the ALEXANDRA JONES SERIES, all penned to tunes of The Killers, Kings of Leon, Adele, The Doors, Oasis, Fleetwood Mac, and more of her favourite musicians.
A native of Hull and a graduate of Salford University, she lives with her husband, Craig, in East Yorkshire with their son and daughter.
Facebook | Twitter | Website | Goodreads 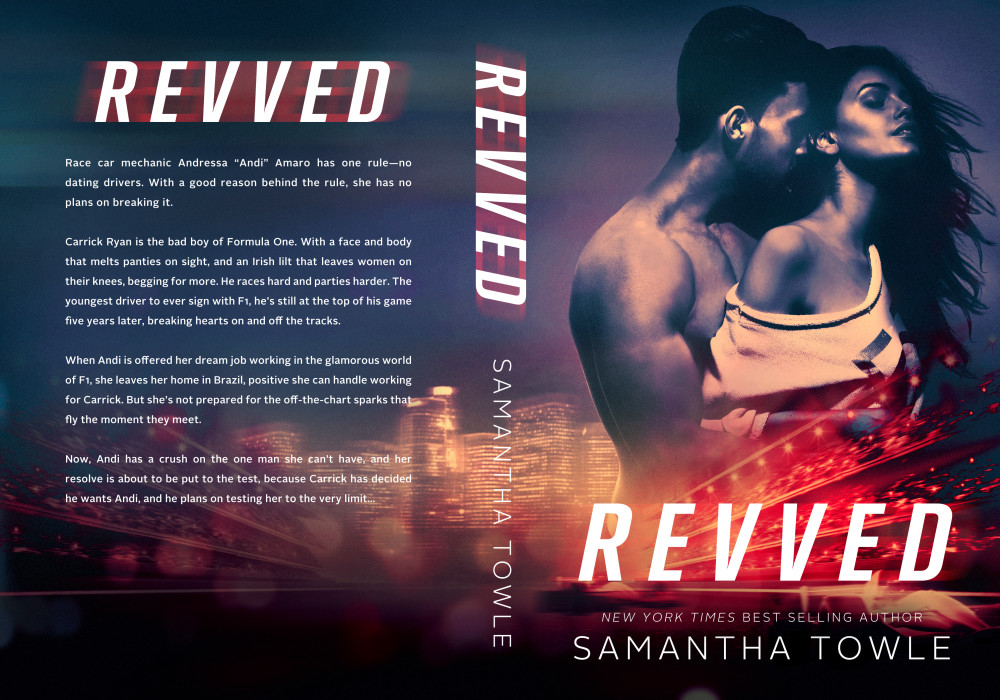