I loved everything about this book. I loved every word of the Sugartown Series. I love every way Carmen pulls all the feelings from me. I love how I’m constantly surprised with the twists weaved into each plotline. I adore each and every character! The vivid way you are put into a story by Carmen Jenner is a style that can’t be duplicated.  Enjoy the Sugartown Series as I have. Share them with everyone you know who loves to read. Respect them for the simplistic Brilliancy they are.

*Read my full  5 Star review on Goodreads! And don't forget to add Now Leaving Sugartown to your #TBR while you're there!!

I stare at Sammy for entirely too long. He absentmindedly brushes a hand over his mouth, an attempt to remove crumbs that aren’t there. Because why the hell else would I be staring at him as if I wanted to give birth to his giant Viking children?


“Yeah,” he mutters around a mouth full of bread.


“Was a volunteer firefighter. Now they pay me for it. And I don’t think you can claim sainthood from an occupation.”


“Dude. See that? That glazed-over look in her eyes right there? This is why you need to be telling bitches that shit when we go out to pick up. Look at her; right now she’s imagining sliding down your fireman’s pole. I’m telling ya, you gotta use that shit, man. It’s fucking gravy, baby.” He laughs again, and then says, “Or baby gravy, depending on which way you look at it.”


Something occurs to me just then. Sam is a fireman. Okay just for a second, put aside the fact that you’re imagining those rock-hard abs all greased up and covered in soot, and ash, and splashed all over the month of January, and think about this. Sam is a fireman. Fireman S—


“Holy shit!” I exclaim, so loud that every pair of eyes at the table turns to look at me. “You’re fireman Sam! We used to watch that show?” I implore, and then, because I don’t feel I’ve made enough of an arse of myself I sing the theme song, finishing with a pointed, “You are the hero next door!”


Jake’s loud guffaw fills the room. “Fireman Sam. Dude, that’s fucking gold!” He shoves his hand in my face for a high five, but I flip him off and leave him hanging, turning my attention back to Sammy.


“So let me get this straight—you help tiny humans safely across the road, you feed little old ladies their mashed peas and tuck them into bed, and you rescue kitties from the evil clutches of very high tree limbs.”


“I love that you can completely emasculate me and my chosen occupations in a single sentence.”


“I’m sorry, I’m just wondering when you got so … so … good? You grew up, and became a regular … person. Who helps people.” My features twist in mock disgust. “I don’t know if I’ll ever look at you the same way again.” 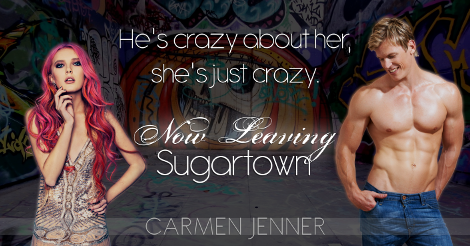