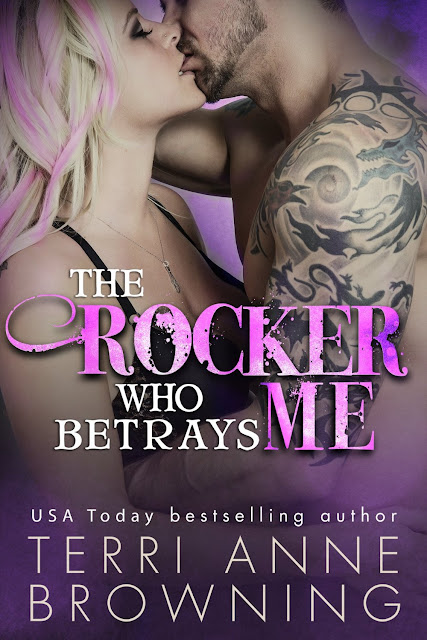 I’ve always loved Zander Brockman in some shape or form. The boy who lived next door for the first seventeen years of my life has been my best friend, my confidant, my first crush, and my first love. I trusted him with my life and my heart. When he smiled at me I knew everything was going to be okay…

I haven’t seen that girl in seventeen years, and I’ve missed her every damn day. I knew I wasn’t good enough for her, so the night before I left with my bandbrothers for California, I stole a night with her. I lived off those memories. There hasn’t been a day that has gone by that I haven’t wanted to talk to her just one more time, but I knew she deserved a better man than me. Now, after seeing her again, I realize that I didn’t care if she should have a better man. My feelings were still as strong as they have ever been for her. I wanted to be with her…

But she hated the very sight of me. 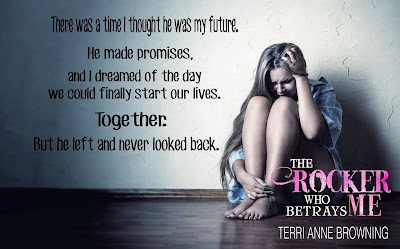 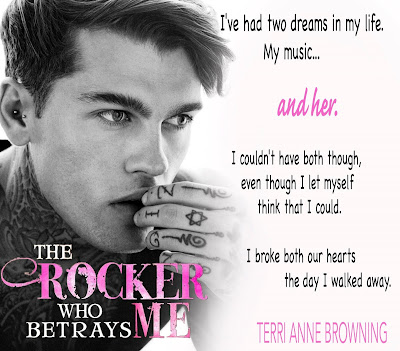 I knew from the minute I read the synopsis for The Rocker Who Betrays Me that it was going to leave me like a broken puzzle that would need to be glued back together.  I was not wrong, and even thought at times it left my heart hurting Zander and Annabelle’s story was amazing!!


The story lets you experience what happened from both characters perspective starting from when they were teenagers through present day, and let me just say I found myself hanging on the edge of my seat so many times. Annabelle was the girl next door who climbed through Zander’s bedroom window to escape when her alcoholic mother fueled her stepfather’s rages and as much as he was attracted to her he resists and swears he will protect her. Z knows the sweet sixteen year old deserves more than him and his OCD issues so he concentrates on music and his band OtherWorld. Noah is Z’s best friend, bandmate and Anna’s older brother and while he knows things at home are not great he has no idea how bad things really are. Even though Z has promised to never tell anyone he knows that for her to have the life she deserves she needs to get out of that house and tells Noah who in turn moves her in with him. No matter how much Z tries to avoid Anna he feels himself falling for her more and more every day, he also questions his position in the band who try to squash his doubts. With the band on the cusp of being discovered Noah backs out to pursue a career in Country music and is replaced by Axton Cage a move that will forever change everything both for the band and Z’s life. In that one moment both Anna and Z give in to their feelings and have one glorious night together and all the while lets Anna know he will be back for her, she is the only person who ever understood him and made things bearable in his crazy mind but things happen and he decides that he is unworthy of her and just lets it go.


That is until one day a very unexpected visitor from Tennessee shows up on at his door in California….. To find out exactly what happens you are going to have to purchase a copy of the book because I’m so not saying anymore!!


I love this series!! Terri Anne Browning never disappoints with her Rockers and I have been addicted since book 1.  Her stories always flow so well and mesh flawlessly as well as the connections with all the characters interactions with one another. I was on a roller coaster of emotions with this book right along with Z and Anna, I was mad and sad and had tears at some parts in the book but devoured it none the less in one sitting. There is one more book to come in this series and I honestly can’t wait to get my little hands on it even though I will miss all of these fabulous characters I have come to love. This was a 5 star review for me and I highly recommend if you are a fan of rock star romances to check out the whole series!!


BUY FROM AMAZON
BUY FROM B&N 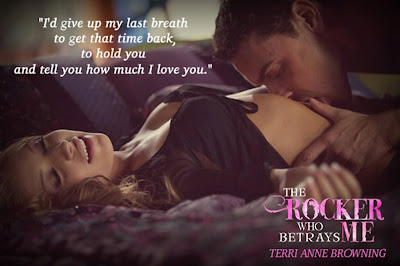 As I listened, I couldn’t fight back the tears that suddenly threatened to choke me. From the first note that left Axton Cage’s mouth, I knew that there was no way OtherWorld wouldn’t go far with this guy front and center for them. He wasn’t just good; the man had a fucking gift. And it broke my heart into a million pieces. One look at OtherWorld performing with Axton singing their songs and any manager with a working brain would sign them on the spot.

Swallowing hard, I glanced at Noah. The look on his face was a mixture of amazement and gut-wrenching pain. He knew as well as I did—as well as everyone in the room—that not only was Axton going to fit with the band, but that this guy was better than even he had ever hoped to be. The pain in my heart at the knowledge that I was even closer to losing Zander than I had been just thirty minutes ago, doubled at the pain my beloved brother was going through right then.

The Aerosmith song faded easily into the Skynyrd song, “Free Bird,” and even though Axton’s vocal range changed, it only showed just how talented he really was. I lowered my gaze to the floor, hiding the tears that were so close to spilling over. I wanted so hard to hate Axton, wanted it with every fiber of my being, but I couldn’t. None of the pain I was feeling was his fault. He’d just shown up to a freaking audition, unknowingly ripping my heart from my chest with that amazing voice of his, and shattered it into a million little pieces.

I couldn’t hate him. Not when he was going to help the man I loved succeed in his goals.

Skynyrd drifted seamlessly into Metallica’s “Nothing Else Matters” with Wroth’s talented fingers. Glancing at Zander, watching him keep beat with the bass, seeing how much he loved being a part of this music world, I lost the battle. One tear escaped from my eyes and was quickly followed by a hundred more. I stood, keeping my face averted from everyone as I went into the bedroom and shut the door quietly behind me.

I quickly tore off my clothes as I entered the bathroom. Turning on the shower, I climbed in before the water even had time to warm. My knees gave out and I slid down in the corner of the tub, letting the cold water beat down on me as the first sob tore my heart loose from my chest. Pulling my knees up to my chest, I hid my face in my raised thighs and cried for the loss of the man who wasn’t even gone yet.

Terri Anne Browning is the USA TODAY bestselling author of The Rocker...Series. She started writing her own novellas at the age of sixteen, forcing her sister to be her one woman fan club. Now she has a few more fans and a lot more passion for writing. Reese: A Safe Haven Novella was her first Indie published book. The Rocker That Holds Me changed the tables and kicked off The Rocker... series featuring the sinfully delicious members of Demon's Wings. The Rocker... Series has since expanded to OtherWorld with Axton Cage and his band members. Terri Anne lives in Virginia with her husband, their three children, and a loveable Olde English Bulldog named Link. 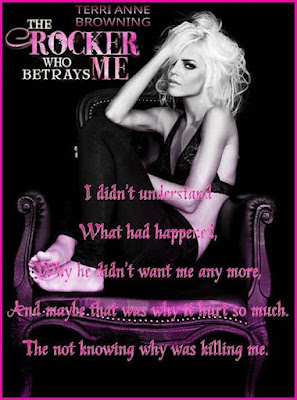 a Rafflecopter giveaway
Posted by All Is Read at 10:30 AM