Soul mates,
not everyone believes they exist, but that’s because they have never met theirs.
How can someone who has never felt a connection so fierce, that you feel the power of it in every molecule of your being, believe such an thing exists?
How can you explain to them that the jolt that ignites every nerve ending in your body is like the sky crackling and exploding with lightening before it joins with the earth for the briefest yet most magnificent of moments, displaying the true force of nature’s power?

When that one person you were created with, comes into your life, you know without any doubt that they’re yours and you are theirs. It’s nature in its truest form. There is nothing more natural then falling in love with your soul mate.

True love Is like an out of body experience, you transcend before crashing back into your body seeing life through new eyes.
You don’t just find your soul mate; you reunite with them with intensity so powerful nothing can stop it. A love so potent you feel it in the atmosphere, and you see it in their aura.

Dalton Moore was my soul mate and I lived to love him.
He was in my every childhood memory.
Every dream I conjured.
He was every good decision I made…

I was in his every childhood memory.
Every nightmare he slipped into.
I was the worst decision he ever made.

At the end of the day, the one thing that rings true is that Ker Dukey knows how to put words down. Ten is a bit different in the genre of "my brother's best friend"; "off limits couple", or even a "friends to lovers" story. Ten is read really the way if you bring all these elements together then add secrets, lies, and regrets. I loved the base premise of the story of how we see Alex grow up in her relationship with Dalton. Her innocence becomes infatuation blossoming into lust and wanting while always being hidden from the one person, her brother, who was supposed to protect her of all things and at times, often going to the extreme but always in loves' name. Until things go wrong in the most dark of ways.
When Dalton moved into the family house he did not want to be in, across the street from Alex and her brother, they became his family almost at once. He would do anything for them. And he did. He always took the blame and kept the bad "Moore" name in effect, but the one thing he couldn't do is turn Alex away, ever. She was his other half, always there until that day she wasn't.
Ten for me, is a bit of a confliction. There are many things I loved about this book. The suspense and sometimes horror of elements were fantastic. How the characters change throughout the book make Ten fluid and instead of stagnate. Like I said before I really liked the story. Then there are some things I didn't like. The beginning made me not be able to connect right away with the characters, I often felt displaced while reading. The first half of the story read as if I were reading dual POV diaries. The back and forth was a little choppy for me. However the second half of the story I really REALLY enjoyed! That's when the action really picked up and redeemed itself, in my eyes. I loved the twists and turns, the actual relationship between Alex and Holden felt a bit pressured to be in my opinion, like they were made to be together and trying to keep the past relationship in the future, but I overlooked most of that.
At the end of the story, I asked myself did I really enjoy what I read and my answer is yes. I did. I wish some things were a bit more, but that is totally for my tastes. I do feel that a lot of readers will love this book and I would definitely recommend Ten to people who need something different or even something that has dark tendencies and suspense in it's story line.
I do want to keep going and see what happens with the next book in the series.

A couple of things I am a sucker for in the literary world are “brother’s best friend” romances and dark elements in books.  Ten fit the bill for both of those perfectly.  When I first saw the blurb, I knew I needed to get my hands on it, and I waited patiently.  It drew me in, I kept looking to see if there was an update on publishing and when there finally was one, I was so excited!

From the beginning, I was drawn into the story.  Ten was fast paced, and I was burning through the pages.  When I got to the end, I was a little sad.  I wanted there to be more to the story.

Now, even though I said this is a brother’s best friend book, don’t go into it thinking hearts and flowers.  Because it’s not.  Not at all.  There are somethings that are hard to take.  There were scenes that clenched my heart so tight, and I held my breath.  The pain that these characters go through, is rough.

Alex fell in love with Dalton, before she even knew what love was.  Only Dalton, is from the wrong family; then wrong side of the tracks.  He’s a Moore, and in a town that Alex’s father is a deputy, she cannot be with him.  Dalton is also Alex’s brother Jonah’s best friend, and if there is anything that Jonah is, is protective of his baby sister.  And when the unthinkable happens both Alex and Dalton’s worlds are torn apart and irrevocably altered.

There are so many things I enjoyed about this book.  I love Ker Dukey’s writing, and as I said at the beginning, this story blends two of my favorite genres.  I found myself very intrigued with Dalton, and Alex.  Two very different personalities drawn together, by an invisible string…soulmates.

I loved the fast-pace of the story.  And I couldn’t believe it was done, when I finished.  I love when a book leaves you wanting more and I definitely wanted more!  With that being said.  The only real thing that is keeping me from giving a 5 star rating is there are a few things I would have liked to know more about.  Some things that I felt might be a little more important were glossed over in the fast-paced ending.  All in all, I would totally recommend to anyone who loves darker elements in books, and of course the brother’s best friend as well.

I can’t wait to read the next book in the series! 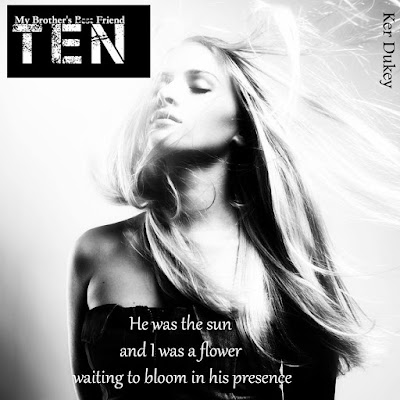 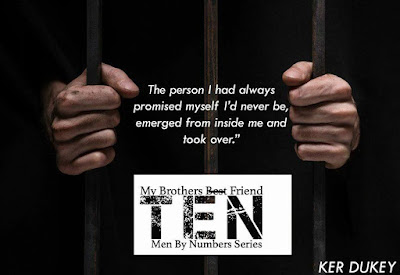 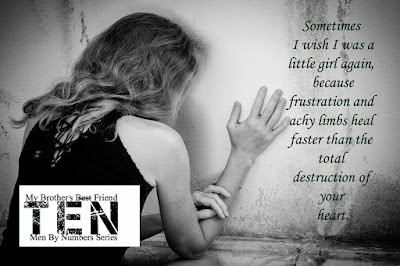 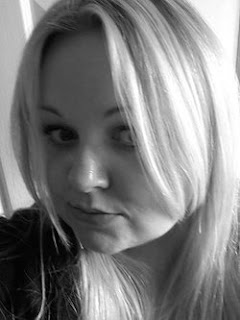 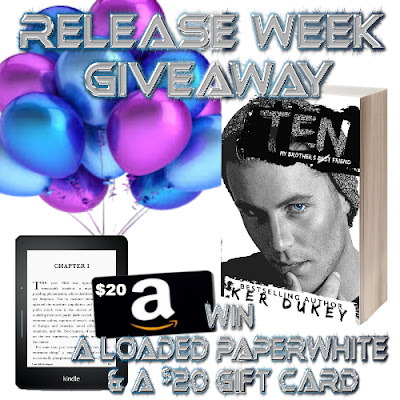